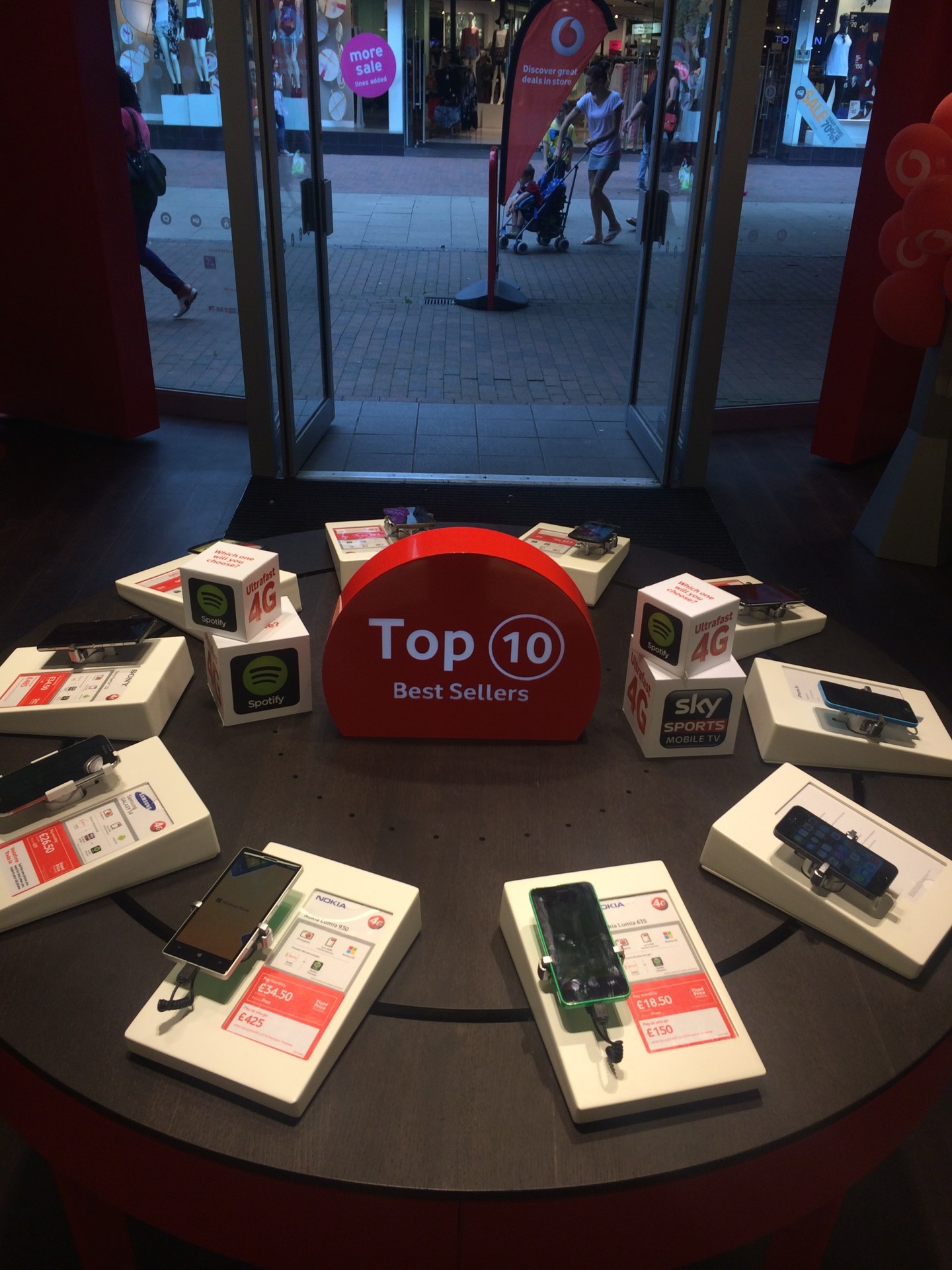 Happenstance and an outdated SIM card brought me this week to a Vodafone shop in Royal Tunbridge Wells, about 40 miles southeast of London, where pride of place went to a display of what the store manager assured me were the best-selling smartphones at Vodafone shops across the United Kingdom.

I jotted down the manufacturers and models, clockwise from front:

If this list were accurate, it would be an interesting piece of raw data.

It would mean, for example, that Sony’s newest model, which made hardly a ripple in the global market, is outselling Samsung’s flagship Galaxy S5, the latest offering from a company that shipped more phones last quarter, according to IDC, than Apple, HTC, LG and Sony combined.

I can’t prove it, but I suspect this display says more about salespeople’s commissions at Vodafone U.K. than actual sales, giving new meaning to the word “bestseller.”