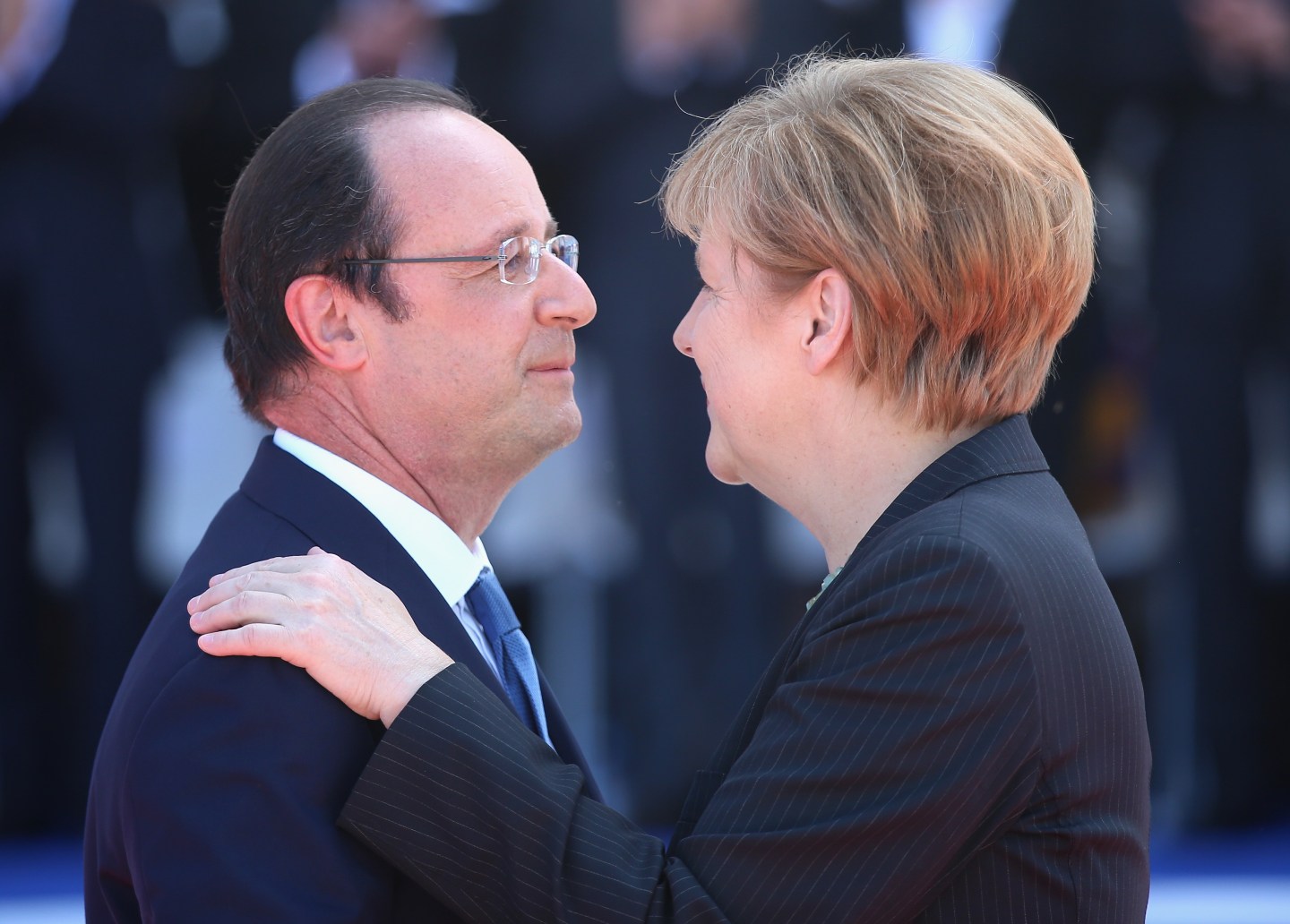 The German economy shrunk by 0.2% in the second quarter of this year, while France’s stagnated again, leading its government to cut its growth forecast and scrap its budget goals for the year.

The announcements by the two countries’ national statistics offices makes it highly likely that the Eurozone as a whole will have contracted in the three months to June, when Eurostat gives its preliminary estimate at 0500 EDT. With Italy having already announced last week that it had slipped back into recession, none of the 18-country bloc’s three largest economies managed to grow in the period.

French Finance Minister Michel Sapin said in an article in the newspaper Le Monde that the country could no longer hope to meet its target of 1% growth this year, which also means that its budget deficit will be wider than the 3.8% of gross domestic product that it had agreed with the E.U. Commission.

For Germany, it’s the first time since 2012 that the economy has failed to grow, and the figures were depressed by the fact that an extraordinarily mild winter allowed more of the year’s construction work to be done in the first quarter, when output rose 0.7%. That made the second look weak by comparison. But statistics office Destatis noted more ominously that weak investment and exports also weighed on the economy.

Despite that, the German government had said Wednesday that “the basically positive economic trend is still intact.” In year-on-year terms, GDP was up 1.2%, adjusted for seasonal and calendar effects.

Sapin was gloomier after the second straight quarter of no growth, saying “It’s better to accept what is, rather than to hope for what won’t be.”

“The truth is that, as a direct consequence of sluggish growth and insufficient inflation, France won’t reach its budget deficit target this year, despite having spending completely under control,” he wrote.

France too, suffered from weakness in exports, which stagnated in the quarter, after rising 0.5% in the previous three months. A raft of French and German companies have complained in their latest earnings reports that the strength of the euro–which spent most of the quarter close to a three-year high against the dollar, had made life more difficult for them.

Financial markets reacted strongly to the news, betting that the clear slowdown in momentum would force the European Central Bank to do more to stimulate the economy. The 10-year German and French government bond yields fell to new record lows of 1.01% and 1.41%, respectively on speculation of buying from the ECB, while the euro was stable around $1.3365, close to a nine-month low against the dollar.

The ECB has so far refused to take any action beyond its June interest rate cuts, saying that structural reforms are the best way to revive growth.

Elsewhere, the smaller economies of Austria and Slovakia reported growth of 0.2% and 2.5% on the quarter, respectively. Spain had said last week it expected growth to have been around 0.6%, making it the best performing of the Eurozone’s large economies.