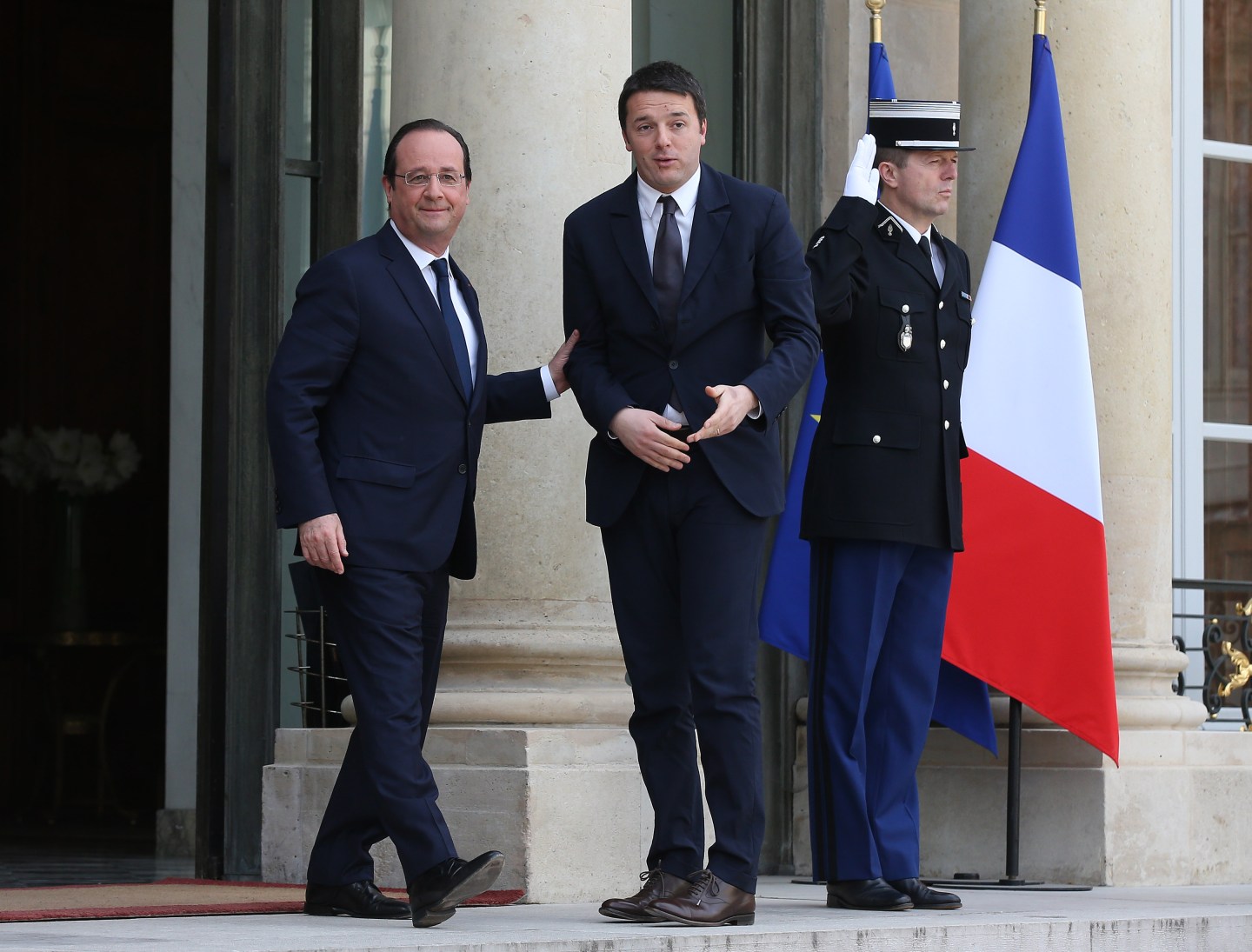 The 18 nations that make up the eurozone failed to generate economic growth in the second quarter of the year, mostly due to a poor showing in Germany and Italy.

Gross domestic product was flat in the second quarter on a sequential basis, softening from the first quarter’s 0.2% increase, according to Eurostat, the statistical office of the European Union. Compared with the same quarter a year ago, seasonally adjusted GDP rose 0.7% in the eurozone.

The euro zone’s performance is in stark comparison to the results coming out of the U.S., where real gross domestic product jumped 4% at a seasonally adjusted annual rate in the second quarter.

The latest data highlight the currency bloc’s continuing problems with high levels of debt and unemployment, and with a financial sector weakened by the euro crisis. Lena Komileva, chief economist with G+ economics, said the Eurozone is on course for a triple-dip recession, pointing to the fact that leading indicators suggest momentum has weakened further since June, not least because the crisis in Ukraine has battered business confidence.

The data also prepare the ground for another clash between those–such as the German government and the European Central Bank–who think that the root cause of the Eurozone’s weakness is the failure to overhaul outdated public sectors and welfare states, and those such as the French and Italian governments, who claim that demand is being depressed by a fixation with deficit reduction and an exchange rate that is too high. Italy had already announced last week that it slipped back into recession in the first half of this year.

Immediately after France reported its second straight quarter of zero growth, Finance Minister Michel Sapin abandoned the government’s aim of keeping the budget deficit to only 3.8% of GDP this year, because the growth target of 1% was no longer realistic. He said France had spending “completely under control” and wouldn’t raise taxes to plug any holes in the budget.

“The ECB…must exhaust its possibilities, in line with its mandate, to make the risk of deflation disappear and to bring the euro back to a more favorable level,” Sapin wrote in an op-ed piece in the newspaper Le Monde.

France has already spent a lot of political capital with Germany and others in getting a two-year grace period from Eurozone to bring its budget deficit down to 3% of GDP. Sapin’s announcements Thursday will further test the resolve and patience of German Chancellor Angela Merkel, who needs French support to keep up the pressure for reform on countries such as Italy and Greece.

Markets bet on Merkel and the ECB being the first to blink, though. Yields on government bonds fell to new record lows as traders bet that the ECB would start buying bonds in a form of ‘quantitative easing’ akin to U.S., U.K. and Japanese ones. The German 10-year yield fell to a new record low of 1.00%, while Italy’s fell to 2.67%. Stocks were also broadly higher, the Euro Stoxx 600 index rising 0.3%. The euro itself rose a quarter of a cent to $1.3403.

Eurostat gave no breakdown of its GDP estimate, which is only preliminary for now. In Germany, the figures were depressed by the fact that an extraordinarily mild winter allowed more of the year’s construction work to be done in the first quarter, when output rose 0.7%. That made the second look weak by comparison. But statistics office Destatis noted more ominously that weak investment and exports also weighed on the economy. In year-on-year terms, GDP was up 1.2%, adjusted for seasonal and calendar effects.

France too, suffered from weakness in exports, which stagnated in the quarter, after rising 0.5% in the previous three months. A raft of French and German companies have complained in their latest earnings reports that the strength of the euro–which spent most of the quarter close to a three-year high against the dollar, had made life more difficult for them.

Recent news and data have pushed the euro down six cents in the last few weeks, but the currency rose a quarter of a cent against the dollar by mid-afternoon in Europe to $1.3403.

Elsewhere, there were occasional bright spots. Spain grew 0.6% and the Netherlands 0.5%, as the effect of collapsed housing bubbles faded them, while Portugal and Slovakia also grew 0.6%.