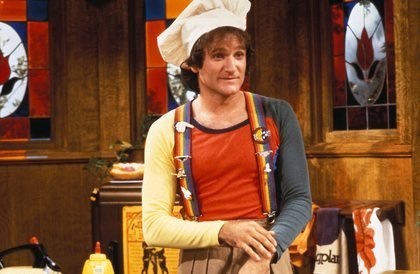 But the last time we heard his voice was in Apple’s “Your Verse” iPad ads, reading Walt Whitman to his students in a clip from Dead Poets Society.