A furniture mogul’s tireless quest to protect his workers’ jobs 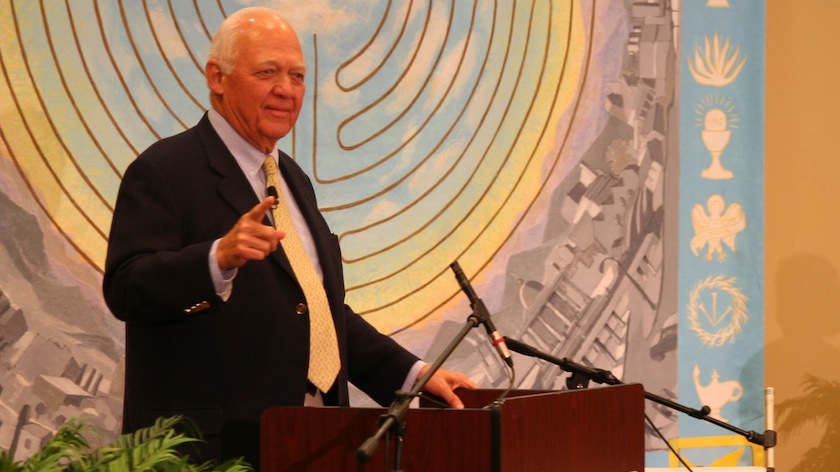 John Bassett III may be the very model of the great American hero for the globalization era; a corporate leader who made good use of perseverance, cunning, and a little luck to protect hundreds of U.S.-based jobs from being sent overseas.

As heir to the Bassett Furniture dynasty, John Bassett has spent the last two decades fighting Chinese importers, his competitors, and even his own kin to keep operational the southern factories that gave birth to his family’s business empire. His story, masterfully told in Factory Man by journalist Beth Macy, is one of alternating bouts of selflessness and ego, a riches-to-slightly-less-riches tale of a man who had everything and was willing to sacrifice some of it to preserve the dignity and livelihood of the people who built that fortune.

Bassett and its various offshoots—largely controlled by the same family—dominated furniture manufacturing in the United States and the world, particularly after World War II. But by the 1980s, overseas offshoring had put a significant dent in the outsize profits of these companies, leaving them with what appeared to be two choices: move production to China or quit.

Macy captures the heartbreak of this scenario by giving us portraits of characters that bring the manufacturing industry’s devastating statistics to life. Of the 500,000 factory workers in the U.S. who lost their jobs due to offshoring in the 1980s and 1990s, 38% still have not found work, and one in five of those who have kept working have taken pay cuts of at least 30%, she reports.

JBIII, as Macy playfully calls Bassett, did not follow the pack. After some entertaining corporate dramatics, including a patriarch’s deathbed decision to make the “villain” CEO of the company, JBIII finds himself at the helm of Vaughan-Bassett, a floundering wooden bedroom furniture manufacturer.

Of course, he is victorious in the end, with Virginia-based Vaughan-Bassett the biggest company in its field, but how JBIII wins is what matters. While others relied on cheap labor abroad, devastating the furniture towns of Virginia, JBIII thinks creatively about production, healthcare costs, and the law to save his employees’ jobs.

“We do things football coaches do,” says the ever-quotable JBIII. “We don’t do things MBAs do.”

One of those things was suing the Chinese manufacturers for violating anti-dumping laws. By going after the Chinese firms that sold below the cost of manufacturing, JBIII made enemies out of other furniture makers, as well as customers. He also won for himself and his competitors millions of dollars in duties from the Chinese that he used to upgrade his plants, increase employee pay, and create a company-wide free healthcare clinic (which also saved the company millions of dollars in health care costs).

While the narrative is compelling, the embedded business lessons don’t go far beyond “think creatively, work hard, and never give up.” The other beneficiaries of the anti-dumping suit were not so generous with their windfall and most have done the cheap-labor shuffle, moving production to the next country where labor practices are lax.

Most of Vaughan-Bassett’s competitors are publicly traded and their bosses would likely be kicked to the curb if they passed up profits to save a few hundred jobs. This subject is beyond the scope of Factory Man, but it is likely the greater culprit to the American manufacturing industry.

“Our critics have never had to stand in front of five hundred people, like I have, and tell ‘em they’re not gonna have a job,” JBIII says. “This is not like picking up a telephone from your office on Wall Street and saying, ‘Close factory number thirty-six down in Alabama.’ These are people we look in the eye every day!”

In many ways, Factory Man strikes at the heart of the corporate sociopathy of the shareholder system that allows company owners to outsource their sense of empathy and ethics. In a visit to a Chinese factory, one of JBIII’s sons expresses shock at the chemical smell and lack of employee safety measures. When he asks about it, a manager says the employees work “two years and die.”

Most owners would take immediate action to improve conditions if their workers were, say, committing suicide at the office, but what most of us don’t realize is that we are those owners.

Anyone who has retirement money in an equity mutual fund probably is an owner of Apple Inc. In a Pulitzer Prize-winning series, the New York Times documented the substandard working conditions in Apple’s supply chain, not only abroad but also domestically. In his book The Value of Nothing, economist Raj Patel details the torture in the mining industry in parts of Africa, where rape is a common punishment and workers who misbehave have their arms cut off so they can never work again. These workers are often mining the metals that go into most of our electronics.

From the mining companies to the manufacturers to the retailers, these businesses are owned by many Americans. But because that ownership appears indirect, shareholders don’t face the same moral quandaries as the executives at Vaughan-Bassett.

Part of the problem is that managers who represent the owners’ interests are driven by the sole goal of increasing share price through increased profits. This practice is reflected in many companies’ annual reports, where the narrative focuses largely, if not exclusively, on financial performance. “Increased margins” sounds good, but replacing that with “exploitive labor practices” might make investors uncomfortable, even when the two go hand in hand.

Publicly traded companies are required to report their financial results, but most have very few requirements to discuss their social and environmental impact. Professors Robert Eccles and Michael Krzus lay out a case for change. In their book One Report: Integrated Reporting for a Sustainable Strategy, they argue that including non-financial results in company reports would be beneficial to those who suffer under the current system as well as to shareholders.

By explaining to owners the costs of increased profits in terms of environmental impact and the quality of employees’ lives, executives may see a welcome shift in their duties away from the clichéd “maximizing shareholder value.”

It’s not that the goals would change. It’s that the definition of “value” would expand to include the value of knowing that the returns on your retirement investments aren’t dependent on the suffering of others.