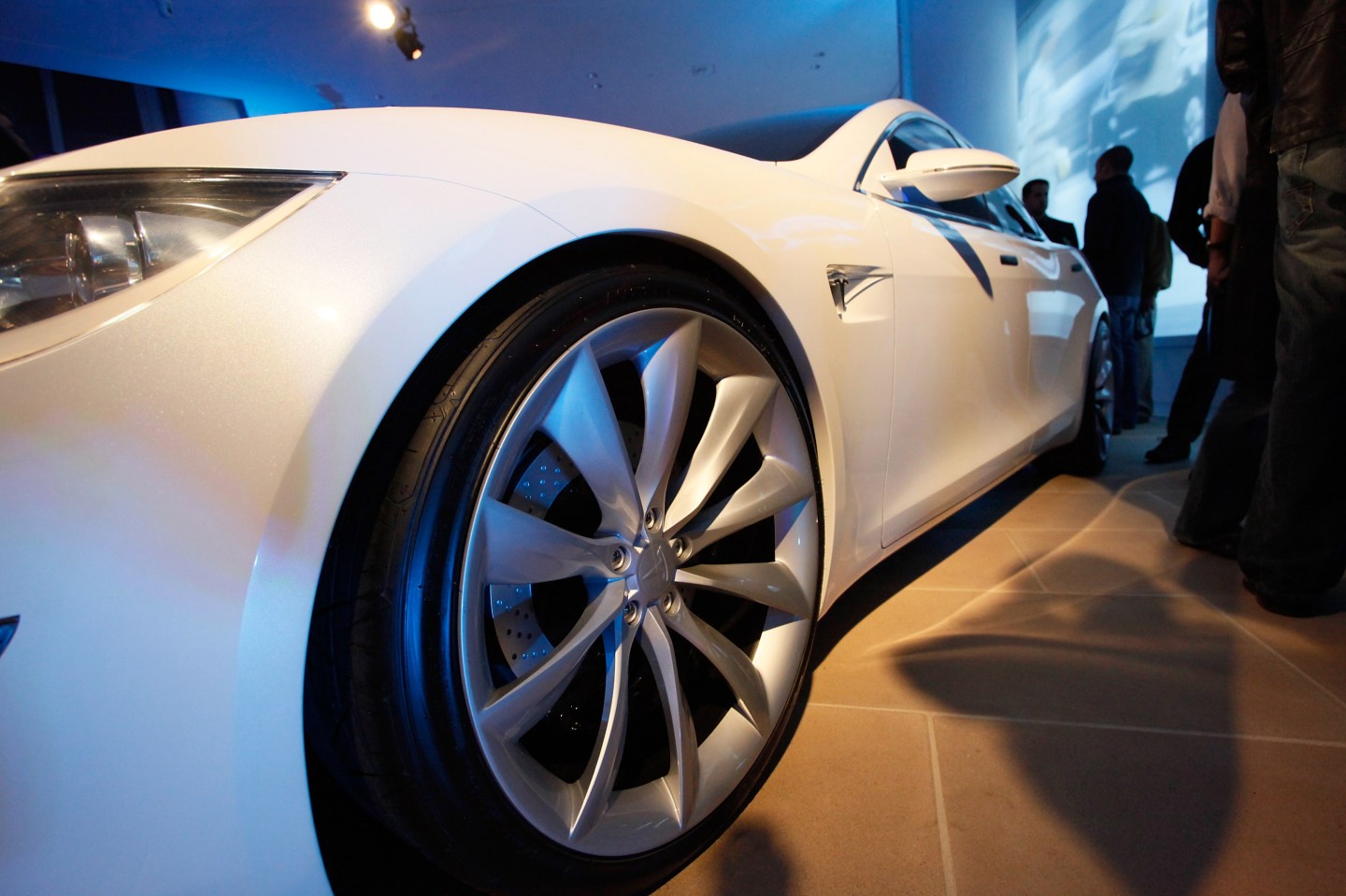 It has been an up and down two days for Elon Musk.

On Monday, everything was great, as a Deutsche Bank analyst smiled on Tesla (TSLA), upgrading the electronic car company Musk leads from a hold to a buy, citing lower costs for battery pack manufacturing and increasing production, with estimates that Tesla could be rolling 500,000 units annually off its production line by 2020.

With that good note, Tesla’s stock soared and topped $263 per share, just short of the stock’s all-time high.

Today, though, it’s a different story.

Following a negative review in Consumer Reports, shares of Tesla are trading at around $257 today, a drop of nearly a percentage point from yesterday’s close.

Although the Consumer Reports review didn’t cite anything too terrible with the Tesla Model S the writer has been driving — it has received good marks on safety and general performance tests — a few quirks and minor problems were noted.

Among these problems were the center screen going blank after driving about 12,000 miles, some problems with the electronic door handles not coming out, and the front-trunk lid not responding to the release.