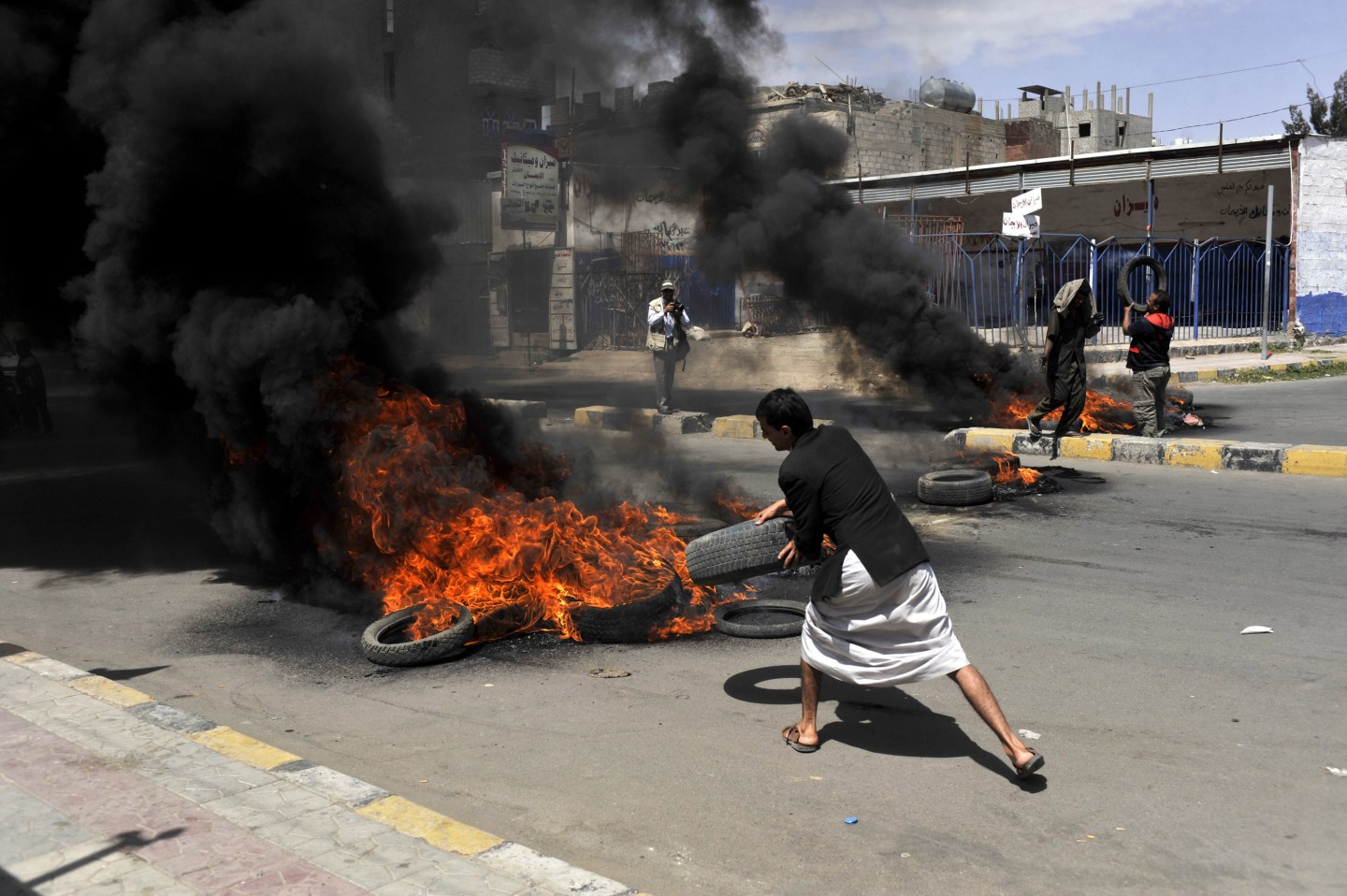 Last week, riots broke out in Yemen after the government ended a fuel subsidy program that led prices to nearly double as officials struggled to close a yawning budget gap. And while, for now, things are calm in Egypt, security forces remain on alert as the government cut subsidies and warily raises gas prices in hopes of reviving an economy battered by more than three years of political turmoil.

It’s easy to see why consumers would react negatively. In Yemen and Egypt, fuel subsidies account for more than one-fifth of government spending. Poor consumers are understandably angry when they see cheap gas – a tangible benefit – go away without a clear understanding of what the true costs of that benefit really are, and perhaps more critically, if and how they will be compensated for their loss. As we’ve seen in Egypt where the government has for decades talked about the need for subsidy reform, the risk of riots and consumer anger often spook governments into inaction until fiscal pressures force fuel prices to suddenly spike.

Yemen and Egypt could have largely avoided these problems. Rather than delay reforms until crisis erupts, governments should lay the groundwork for reform by communicating to citizens the full costs of subsidies. While the perks may translate to cheaper gas, it’s worth considering the unintended consequences: subsidies distort markets, strain government budgets, encourage overconsumption, foster corruption and harm the environment. Moreover, they do little to remedy inequality or stimulate development. Subsidies are also highly regressive – the richest 20% of households in low- and middle-income countries use six times more subsidized fuel than the poorest 20%. Governments must also communicate to consumers how alternative anti-poverty measures, such as targeted cash transfers, can better protect the poorest in society from the hardships of higher fuel prices.

Having a targeted communications campaign to support reform plans is critical to the success of those plans, according to a 2013 IMF study. Iran, which reformed its subsidy program in 2010, conducted a broad public relations campaign before reforms took effect; the government explained how consumers would be compensated for higher energy prices and the overall benefits to the country. Ghana’s efforts to phase out fuel subsidies were helped by publicizing an independent study that showed how the poor would benefit.

The reality is that far too few governments recognize the value of laying the groundwork for reform. Moreover, there is no place for them to turn for a solution that combines technical expertise with marketing capabilities. This is reason to support the creation of a new public-private partnership, the Global Subsidy Elimination Campaign (GSEC). The agency would work with governments to execute country-specific communication programs to build the case for fuel subsidy reform among citizens; it could be housed within the World Bank but have its own board and budget – a model similar to that of the Consultative Group to Assist the Poor, giving the agency access to the Bank’s research capabilities while allowing it to act nimbly and independently.

Over time, the GSEC’s marketing campaigns could be instigated by the World Bank in consultation with client governments or commissioned on a fee-for-service basis by richer countries.

The U.S. should jump-start the establishment of the GSEC by providing half its initial funding. After all, curtailing subsidies would be strategically important, as geopolitically critical countries such as Yemen and Egypt will not see robust economic growth and political stability in the absence of successful fuel subsidy reform.

Funding could also come from others interested in the enormous potential of fuel subsidy reform. Such donors—including other countries, NGOs, the World Bank itself, and private foundations — should be motivated by an interest in poverty reduction and economic development, environmental concerns and strategic considerations. Host countries should be required to contribute at least 10% of their specific marketing campaigns as buy-in to the process.

Of course, public awareness campaigns will work only if matched by credible government action to replace subsidies with other more effective investments, such as targeted cash transfers and productive health and education spending. But with governments spending more than half a trillion dollars a year on fuel subsidies, the upside of fuel subsidy reform is enormous. Even a 5% reduction in fuel subsidies would free up billions of dollars of public spending for more effective anti-poverty measures.

The time is ripe to help governments make the case directly to citizens for fuel subsidy reform.

Isobel Coleman, a senior fellow at the Council on Foreign Relations, is the author of a recent Policy Innovation Memorandum, “How to Make Fuel Subsidy Reform Succeed.”