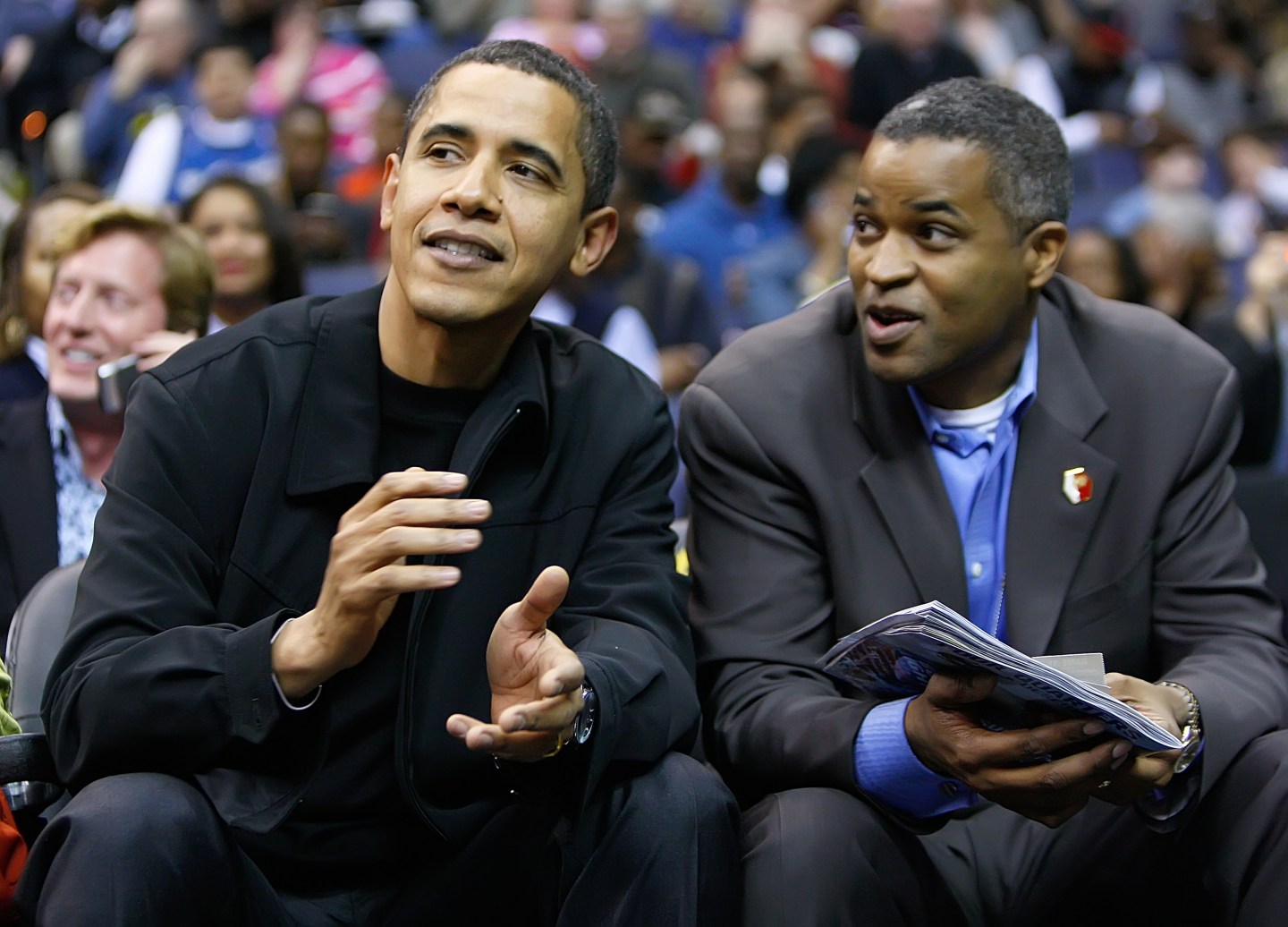 President Obama spent much of the 2012 campaign railing against private equity and its poster boy, Mitt Romney. Now his close pal Marty Nesbitt is running a Chicago-based private equity firm that includes at least one former member of his Administration, and also has raised money from a public pension fund in Illinois.

Nesbitt is best-known for founding airport parking company The Parking Spot with current U.S. Commerce Secretary Penny Pritzker (the company has since been sold), and for his decades-old friendship with Obama. Fortune first reported on his firm, called Vistria Group, back in January. Now we have some additional information:

1. Vistria has raised more than $148 million for its debut fund, according to an August 5 regulatory filing. That’s up from $103 million through the end of March.Investors include The Illinois Municipal Retirement System, which made a $5 million commitment.

3. Nesbitt formed Vistria with Kip Kirkpatrick, the co-founder of Water Street Healthcare Partners who left in 2009 to run for Illinois treasurer (he dropped out of the race after just a couple of months). It now also includes Tony Miller, a veteran private equity investor who spent the past four-plus years as Obama’s Deputy Secretary for the U.S. Dept of Education. There also is talk that at least one other ex-Administration staffer has joined in recent weeks. Other partners include Philip Alphonse (ex-Sterling Partners) and Robert Parkinson III (ex-Hewitt EnnisKnupp).