Russia may hit back at E.U. with Siberia overflight ban 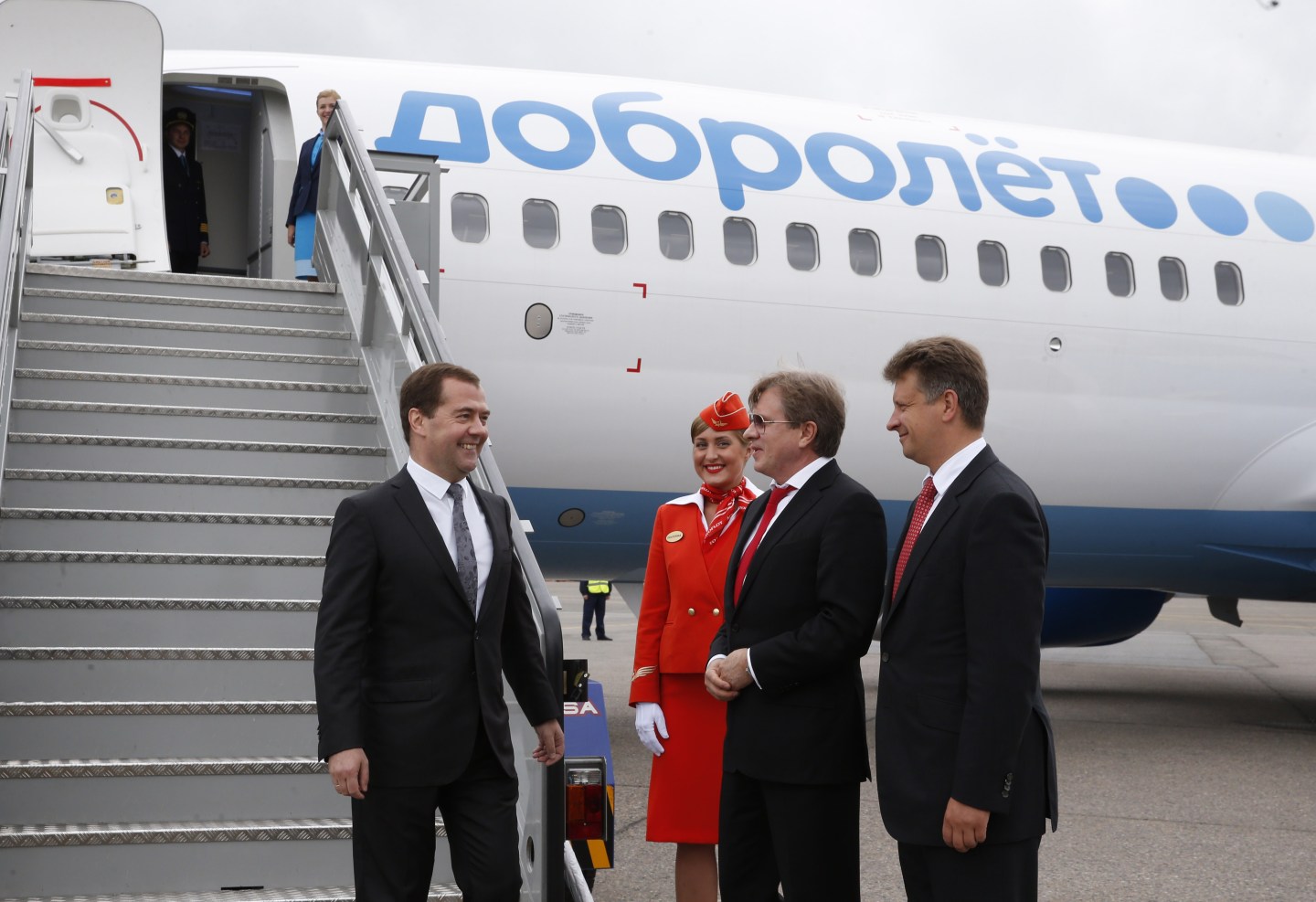 Russia is considering a ban European airlines from using its airspace on routes between Europe and Asia in retaliation for sanctions measures announced last week, according to a report in a leading Russian newspaper Tuesday.

The move would be the latest in a spiralling round of tit-for-tat measures since the E.U. for the first time announced sanctions on broad sectors of the Russian economy in an effort to punish it for its perceived role in the Ukraine crisis, and specifically its lack of cooperation in helping to investigate the shooting down of Malaysian Airlines’ MH17 over eastern Ukraine in July.

The newspaper Vedomosti, part owned by The Wall Street Journal and the Financial Times, reported Tuesday that officials are looking at limiting or even banning overflights of Siberian airspace, in a move that would seriously disrupt the operations of the big European airlines, for whom that route is the shortest and most economical route for dozens of flights a day to Japan, China and South-East Asia.

But the worst-affected stock was that of Russia’s OAO Aeroflot, which fell 6.0% in Moscow. Under current arrangements, Aeroflot gets some $300 million a year in fees from other airlines for the right to overfly Siberia, and the airline has rarely turned a profit when that money is stripped out of its financial statements.

Vedomosti quoted the spokeswoman of Prime Minister Dmitry Medvedev as saying that the government had no plans to discuss any such measure at the moment, but noted that “any unfriendly measures by the E.U., including in the area of air transport, will be studied and will not remain unanswered.”

Although still relatively modest, E.U. sanctions have piqued Russian pride by grounding the airline Dobrolyot, which was operating a politically-symbolic route between Moscow and the Crimean capital of Simferopol. Flights to Crimea have been effectively impossible since Russia’s annexation of it in March, as the International Civil Aviation Organisation, which coordinates international air traffic control, only recognises Kyiv’s authority over it.

Moscow has already retaliated to last week’s measures, banning imports of almost all fruit and vegetables from Poland, one of the most hard-line E.U. states in its attitude to Russia. In recent months, it has also banned imports of a wide range of agricultural products from Ukraine, in a move apparently aimed at punishing the government in Kyiv for its choice to pursue economic integration with Europe rather than Russia.

Russia has presented its measures as public health issues, citing violations of veterinary or other food safety regulations. Under President Vladimir Putin, the country has built up a track record of using its food or environmental regulators to exert pressure on countries with which it has political disputes.

In similar vein, the food safety watchdog Rospotrebnadzor said last week it would start checking foreign cheese and other ingredients used by McDonald’s Corp’s (MCD) at its Russian restaurants.

Rospotrebnadzor went one further Monday, saying it was also checking imports of Bourbon whiskey from the U.S. on quality concern issues. It singled out the Barton 1792 Distillery’s “Kentucky Gentleman” brand.