Five things to know about the ZMapp Ebola drug 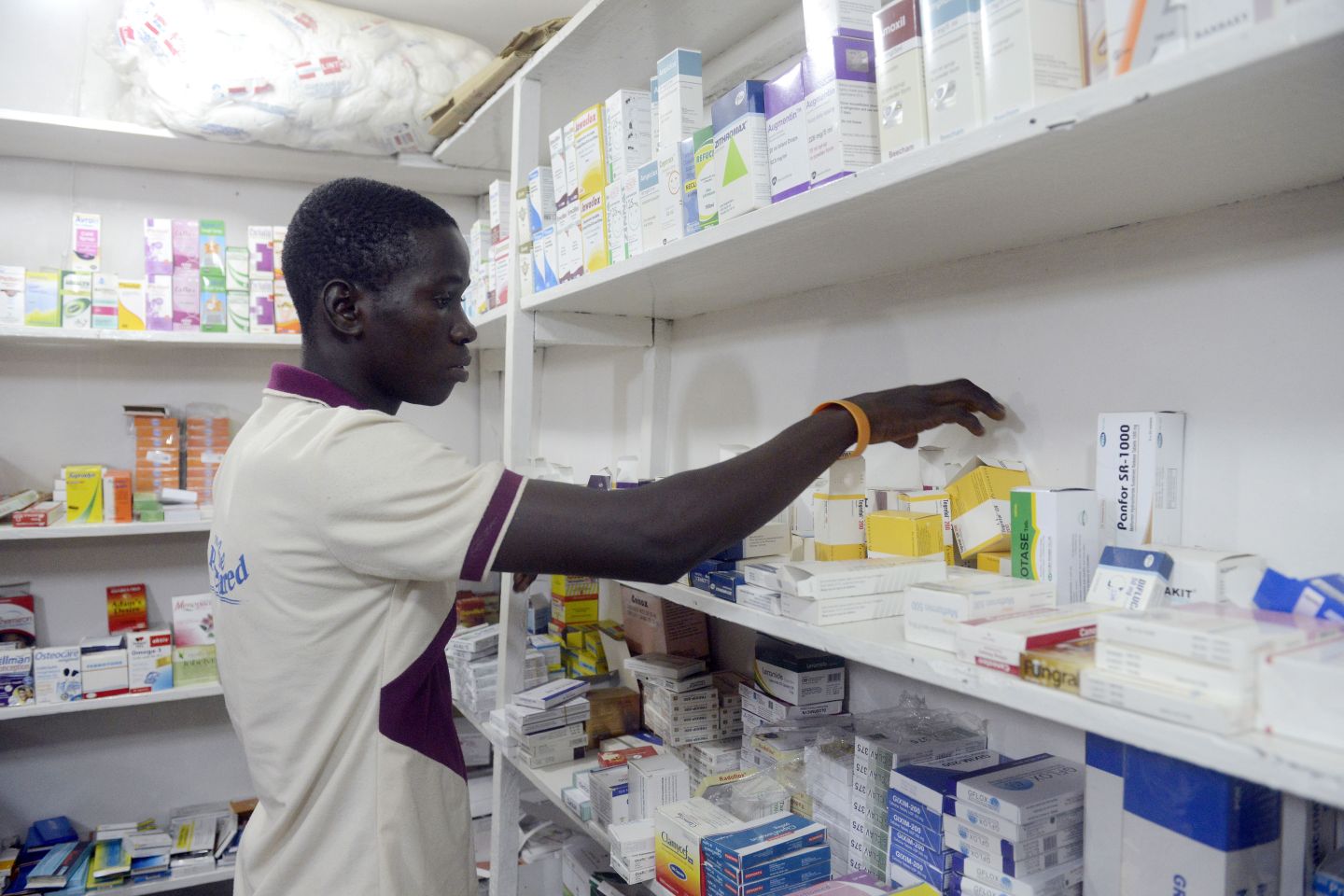 A pharmacist searches for drugs in a pharmacy in Lagos on July 26, 2014. Nigeria was on alert against the possible spread of Ebola on July 26, a day after the first confirmed death from the virus in Lagos, Africa's biggest city and the country's financial capital. The health ministry said Friday that a 40-year-old Liberian man died at a private hospital in Lagos from the disease, which has now killed more than 650 people in four west African countries since January. AFP PHOTO / PIUS UTOMI EKPEI (Photo credit should read PIUS UTOMI EKPEI/AFP/Getty Images)
Photo by Pius Utomi Ekpei AFP—Getty Images

In the wake of an Ebola outbreak in West Africa that has resulted in nearly 900 deaths, a tiny pharmaceutical maker has allowed an experimental treatment to be used for two Americans infected with the deadly virus.

California-based Mapp Biopharmaceutical has released its experimental ZMapp drug, which had only been tested on infected animals, to treat Kent Brantly and Nancy Writebol, according to Bloomberg News. The two health workers were infected while working in Liberia. The treatments for now appear to be working, Bloomberg said, citing relatives and supporters.

Here are five things to know about Mapp and its efforts to develop a potential treatment for the Ebola virus.

1) The Ebola virus has no cure. The disease is a severe illness in humans, with a fatality rate of up to 90%. Outbreaks often occur in remote villages in Central and West Africa, near tropical rain forests, according to the World Health Organization. It is introduced into the human population through close contact with blood or other bodily fluids of infected animals, WHO says.

2) Mapp, which was founded in 2003, has no commercially available treatments on the market. The company focuses on “unmet needs in global health and biodefense,” and currently has 10 antibody product development programs, with one of those focusing on the Ebola virus.

3) Mapp and a few other biopharmaceutical companies earlier this year were awarded a five-year grant of up to $28 million for a project to fight the Ebola virus. The grant, awarded by the National Institutes of Health, is meant to be a global collaboration to develop cocktails to fight Ebola and other hemorrhagic fever viruses such as Marburg, Sudan and Lassa viruses. The program is meant to encourage all participates to contribute antibodies to develop the best possible treatment.

4) That grant was awarded after research from the U.S. Army Medical Research Institute of Infectious Diseases showed that a mix of antibodies can stop the Ebola virus. Scientists were able to successfully treat infected primates following the onset of disease symptoms. Around that time, Mapp had consolidated its antibody programs with Canada-based Defyrus, aiming to streamline the development of more potent treatments.

5) The potential success of Mapp’s drug in treating Americans infected with the disease does raise questions about the limited use of experimental treatments after hundreds of Africans have died. Bloomberg reported the Food and Drug Administration can approve an emergency application to provide access to unapproved drugs, a request that can be granted within 24 hours.