What only Apple’s billions can buy: Independence 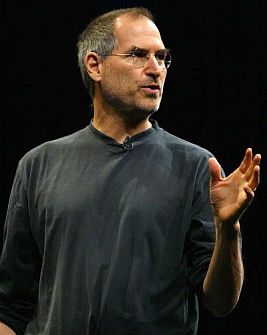 There’s a thread that connects two recent reports about Apple — Jean-Louis Gassée’s MacIntel: The End Is Nigh and Dan Rayburn’s Apple’s CDN Now Live — and it’s the Steve Jobs quote above from a 2004 BusinessWeek interview about owning and controlling the underlying technology in everything Apple does.

Gassée, who took over Macintosh development after Jobs was ousted in 1985, once dismissed speculation that Apple’s A-series chips would someday power not just the iPhone and iPad, but the Mac as well.

In his current Monday Note, Gassée has come around. He now buys the argument put forward in 2011 by a precocious 16-year-old named Matt Richman that Apple would, within the next three years or so, wean itself from Intel’s x86 chips and switch to Apple’s home-grown ARM-based chip designs. (See Apple and ARM, sitting in a tree.)

“Apple’s drive to own ‘all layers of the stack,'” writes Gassée, “continues unabated years after Steve’s passing.”

Rayburn, an expert in the distributed content delivery networks (CDNs) that do most of the Internet’s heavy lifting, reported Thursday that the CDN Apple has been working went live last week and is now delivering some of its own content directly to end users.

This is no small thing.

“From ISPs I have spoken with,” Rayburn writes on his StreamingMediaBlog, “they tell me Apple has put a massive amount of capacity in place, with many saying that Apple has more than 10x the capacity they are using today, all ready to go.”

By building its own CDN, Apple frees itself from dependence on companies like Akamai (AKAM) and Level 3 (LVLT) although it may still contract with them in other, less mission-critical capacities.

By switching to ARM, Apple laptops and desktop machines might no longer be held hostage by the kind of production problems that have delayed Intel’s Broadwell processors.

Owning all layers of the stack includes, as Gassée points out, Swift — the new programming language Apple introduced in June.

There’s one more dependency that’s in Apple interest to move away from — as quickly as possible — and that’s on Samsung. Apple’s bitter enemy in patent court is also the chief supplier of those A-series chips. Matt Richman, now a 19-year-old student at Temple University, thinks he’s got the perfect company to replace Samsung: Intel.

“Apple, due to the sheer volume of processors it purchases, will always be at the mercy of its suppliers,” he wrote in an April blog post titled Apple, Samsung, and Intel. “But if Apple were to contract the manufacturing of its A-series chips to Intel, no longer would the company be at the mercy of Samsung, a supplier who stands to gain a lot if the iPhone were to suffer from a component shortage. Rather, it would be at the mercy of Intel, a company that has nothing to gain and everything to lose by not producing enough SoCs [systems on a chip].”

Richman is in a good position to know. Having been turned down for the summer internship he really wanted in Cupertino with Apple, he took one in Portland with Intel (INTC).