Inequality in the U.S.: Are we making any progress? 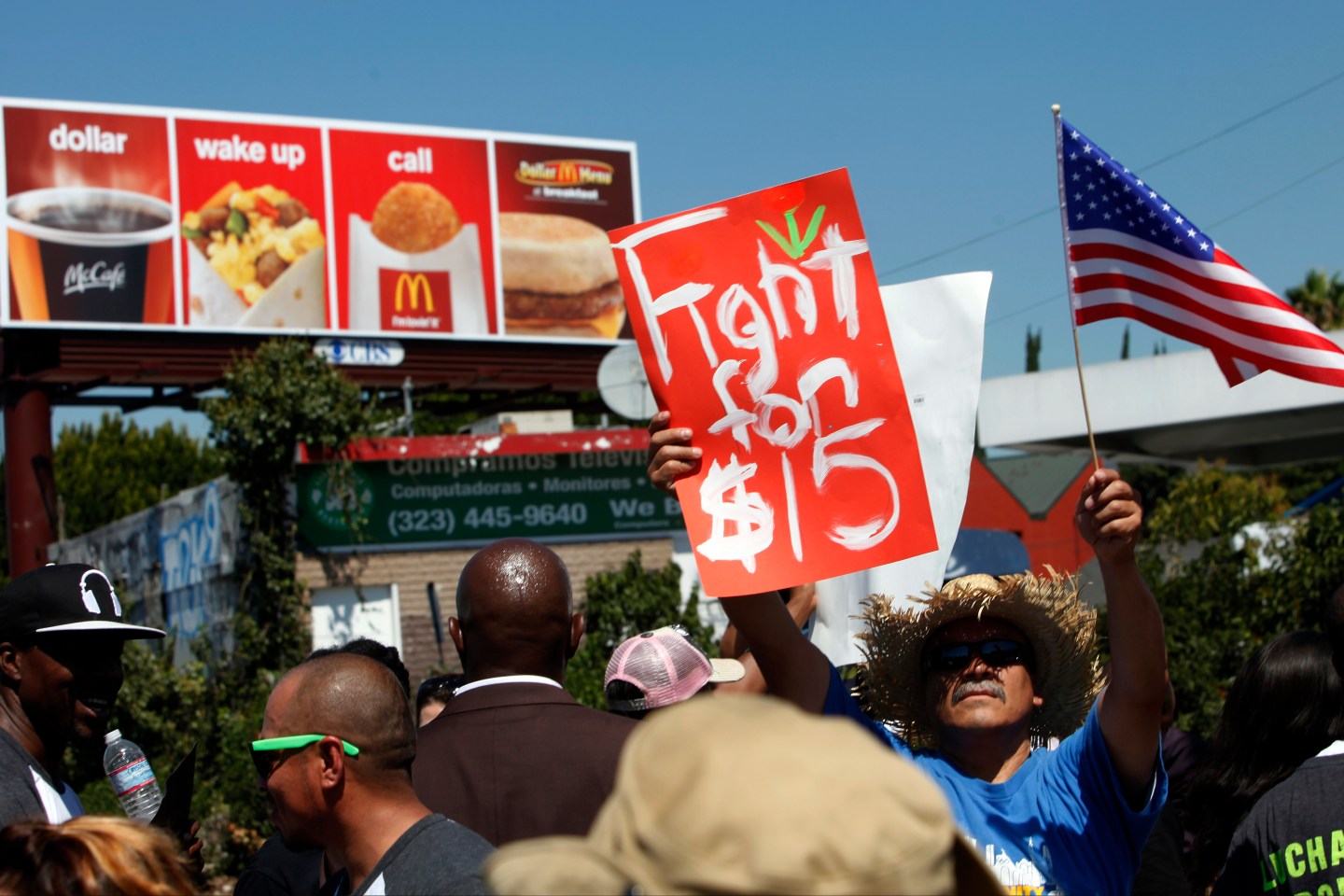 The Labor Department’s jobs report on Friday made it quite clear that wages for the average worker remain stagnant.

Although college educated fast food workers have been particularly vocal, the battle cry for better pay these days isn’t confined to a single group of workers. Even members of the business community have stepped up to support minimum wage increases, and for good reason.

Low wages create huge hidden costs for business. “Companies paying a living wage would end homelessness for over 1 million workers … and prevent at least 10 million minimum wage workers from becoming homeless in the future,” Richard Troxell, author of Looking Up at the Bottom Line: The Struggle for the Living Wage, told me last year. “By stabilizing the economic situation of these employees, companies will benefit their bottom line by reducing their turnover and the significant costs that go with it.”

Labor organizations, government, and business teaming up to improve the economy—as they have in San Francisco, Chicago and other cities in recent months—is a welcome sign. Perhaps we are finally turning a corner toward building a stronger foundation for the future.

But all of this attention toward income inequality has raised some very sticky, important questions that deserve attention. For example, what is the best CEO-to-average worker pay ratio? The late management guru Peter Drucker was a fan of 20-to-one to avoid morale issues that would hurt the company’s bottom line. At 20-to-one, a CEO or business owner could earn $1.5 million and pay the average worker at the company $75,000.

Equal rights in an economy and a democracy depend in some measure on the distribution of wealth. Low wages have a direct negative effect on economic growth—a concerning part of the jobs news. But unequal wages can slow productivity with negative economic consequences. From Drucker’s perspective, go beyond 20-to-one and it becomes difficult to function as a team at a company. More broadly, inequality negatively affects overall societal wellbeing.

An article published by Psychology Today last year reported that Martin Daly, an evolutionary psychologist, had found that “in social environments in which inequality (not poverty, but inequality specifically) is higher, people kill each other more.” The article also cited the work of anthropologist Aaron Blackwell, whose research has shown “that across different villages of the Tsimane (a small scale Amazonian society), higher inequality is linked to increases in depression, levels of cortisol (a stress hormone), social conflict, and failed pregnancies.” There also appears to be clear evidence from other studies that even if everyone were wealthy, differences in wealth would still pose a problem.

Unfortunately, there is no magic bullet to address income inequality. Education is a very important part of the solution. But while education can help lift many people, it will not help everyone equally. For many people born before the 1940s, education functioned as the go-to solution to generations of poverty. But a fair start these days includes not only on-paper education but also the ability to think and adapt in a way our grandparents would never have dreamed of. The ability to gain access to capital is also critical to making it in today’s economy.

Inequality invites us to examine long-held beliefs and the real poverty of greed. It asks us to not only put our brains to work but also to raise our emotional IQs, to challenge ourselves to feel what it is like to walk in other people’s shoes.