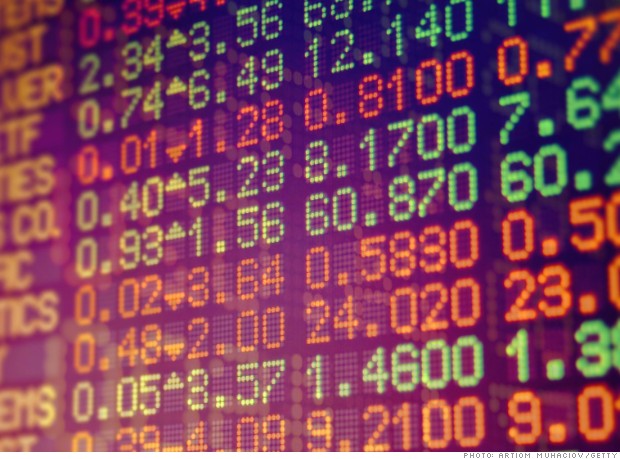 Stocks fell even further on Friday a day after geopolitical concerns led to a massive sell-off that saw the Dow Jones Industrial Average plummet 317 points and erase all of its gains for the year.

Investors continued unloading their shares at the week’s end, with the Dow dropping another 70 points Friday, or .4%. For the week, the index fell 2.7%. Meanwhile, Nasdaq also lost .4% on Friday, or 2.2% for the week. The S&P 500 dipped 0.3% Friday, and was down 2.7% for the week. It turned out to be that index’s worst weekly drop in more than two years.

Thursday’s plunge happened after news broke that Standard & Poor’s had downgraded Argentina’s credit rating and declared that country in default of some of its debt. It was Argentina’s second default in 13 years sent its Merval stock index plummeting Thursday, although the Merval bounced back slightly on Friday, rising 1.7%. Fears also lingered over the impact on U.S. businesses of the latest round of Russian sanctions, especially in the energy sector. Exxon Mobil’s (XOM) stock dropped 4% on Thursday and continued to decline slightly to end the week, falling 0.1% on Friday.

Some investors have also expressed concern recently over the possibility that the Federal Reserve could raise interest rates sooner than expected, while Friday’s employment report, which revealed slower growth and a slight uptick in unemployment in July, was unlikely to inspire much confidence in the market.