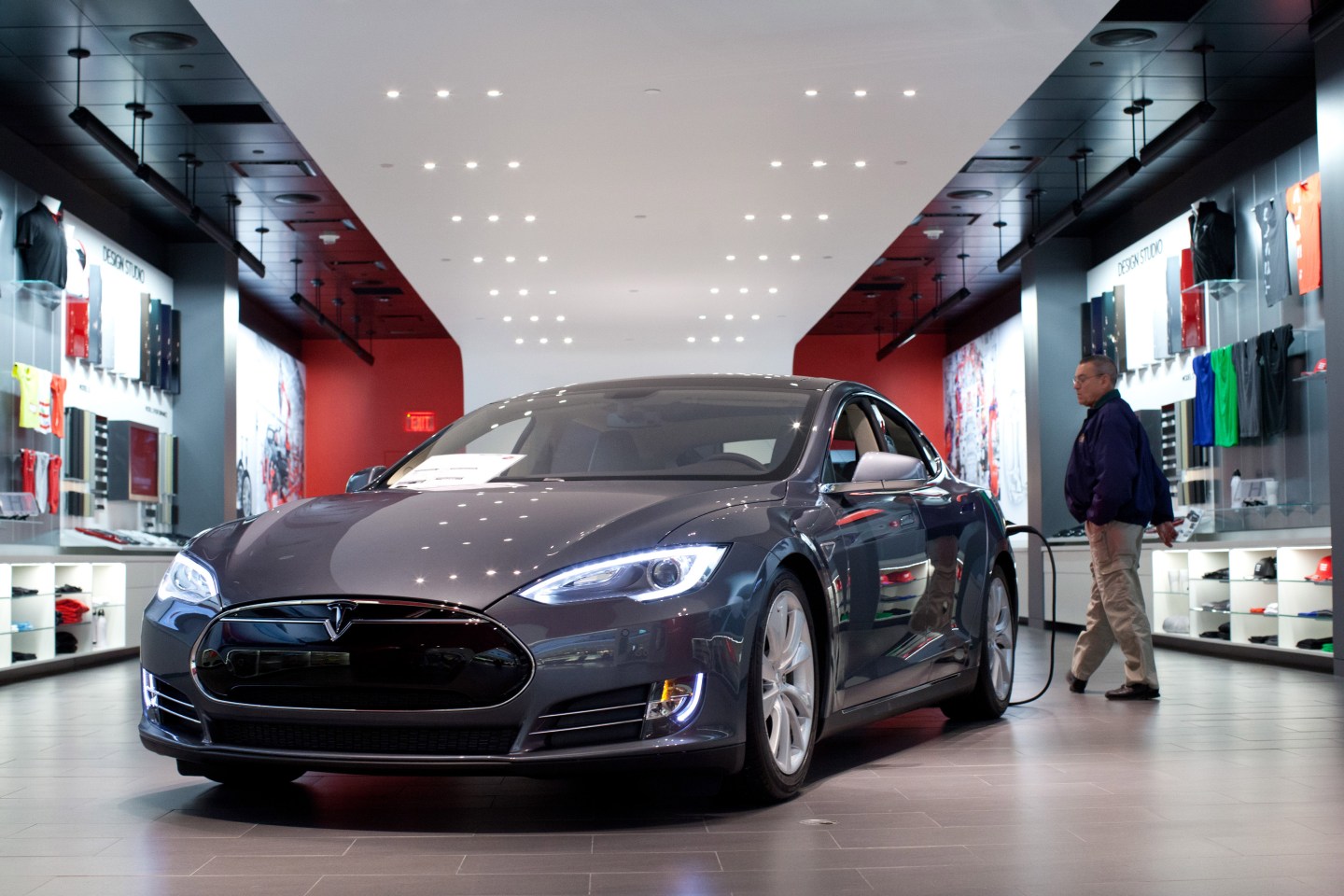 A Tesla Motors Inc. Model S connected to a charger sits on display at the company's store at the Short Hills Mall in Short Hills, N.J.
Photograph by Bloomberg via Getty Images

Tesla Motors and Panasonic have signed an agreement to build a roughly $5 billion lithium-ion battery manufacturing plant in the U.S.

The companies will cooperate to build a plant known as the Gigafactory, which will produce cells, modules and packs for Tesla’s electric vehicles and for the stationary storage market. The Gigafactory is being designed to reduce cell costs and by 2020, Tesla hopes it will produce more lithium ion batteries annually than were produced worldwide in 2013.

Tesla (TSLA), which announces second-quarter results later on Thursday, said it will prepare, provide and manage the land, buildings and utilities for the project, while Panasonic will manufacture and supply cylindrical lithium-ion cells and invest in needed equipment, machinery and other manufacturing tools. Tesla intends to take the cells and other components to assemble battery modules and packs and to meet projected demand for cells, continue to buy cells produced in Panasonic’s factories in Japan. The Gigafactory is expected to employ about 6,500 by 2020.

Tesla, known for its electric Model S sedan, this year is expanding into several international markets after delivering over 25,000 of the Model S vehicles to North American and Europe through the end of 2013. The company is also planning a Model X crossover, which should be delivered to customers next year, and is also developing a third-generation electric vehicle. Tesla posted $2 billion in revenue last year, up sharply from $413 million in 2012, and the net loss for 2013 sharply narrowed.

The automaker has said it and its partners will invest between $4 billion to $5 billion in the Gigafactory through 2020. The battery packs made at the Gigafactory site, the location of which still hasn’t been determined, will then be sent to California for vehicle assembly.