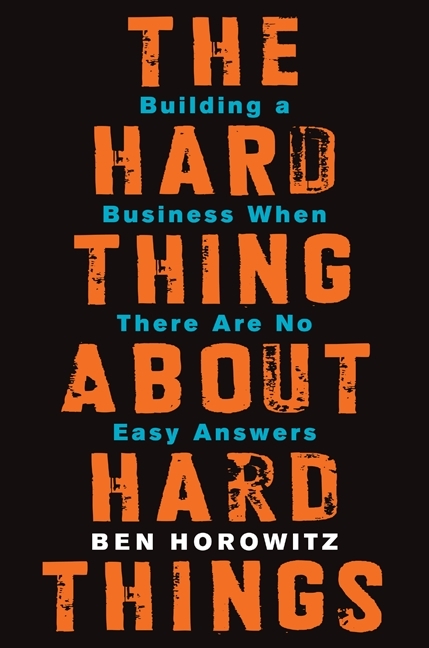 Fortune.com selects the most compelling short essays, anecdotes, and author interviews from “250 Words,” a site developed by Simon & Schuster to explore the best new business books—wherever they may be published.

Dozens of excellent non-fiction books came out in the first half of 2014. To save you some time, 250 Words picked some of the best releases and shortened them—a lot. What follows is the year’s best in business thinking (or at least a little bit of it) in one paragraph.

The Hard Thing About Hard Things: Building a Business When There Are No Easy Answers, by Ben Horowitz

Here’s how you build and run a start-up, according to Andreessen Horowitz co-founder Ben Horowitz: First, prepare for failure—it's inevitable. Building a viable product is hard. Things won't go as planned. Second, take care of your employees. Train them. Invest in them. Give them responsibility. Third, be mindful. Managing a business is, in part, managing your instincts and emotions. (Read more from Fortune on Horowitz here.)

Creativity, Inc.: Overcoming the Unseen Forces That Stand in the Way of True Inspiration, by Ed Catmull & Amy Wallace

Creativity is a constant tug of war between originality and appeal, novelty and sales. Ed Catmull writes about how Pixar flourished during the 1990s while Disney (DIS) floundered. At Disney, “The pressure to create—and quickly!—became the order of the day.” Pixar, by contrast, cherished the creative process. Early mock-ups of Pixar films are “ugly babies”—awkward, inconsistent, and incomplete drafts desperate for nurturing. They required time, patience and thousands of edits. “Making the process better, easier, and cheaper is an important aspiration, something we continually work on—but it is not the goal,” Catmull writes. “Making something great is the goal.”

Economic historians argue that money emerged as an alternative to barter. The story goes: We traded fish or corn or tools (all our goods, both perishable and permanent), until money came along. It was a more efficient and stable commodity — a medium of exchange that lubricated the markets. For Martin, this view is deeply flawed. It is a history that only relies on what survived. Coinage, he says, is not essential to a monetary system. Witness some cultures where wealth was measured by giant, immovable boulders, or today, where it consists of a series of ones and zeros in a computer network. It’s the misunderstanding of money as something real, rather than a political concept, that led to our unequal modern financial system and it will take serious reform (Martin thinks we should break up the banks) to make it just.

Rosenzweig distinguishes between a few human tendencies: overprecision (the tendency to "believe that our estimates or projections are more accurate than they turn out to be”), overestimation (a "belief that I can do something better, or maybe faster, than I really can") and overplacement (the "belief we are better than others"). These sound bad, but for manager, a little overconfidence can go a long way. While we should avoid overprecision so that our estimates can be clearheaded, overestimation can prompt leaders to aim higher. Says Rosenzweig: “Believing you can run a bit faster than you’ve ever gone before can help you do better.”

Invisibles: The Power of Anonymous Work in an Age of Relentless Self-Promotion, by David Zweig

We live in an era driven by celebrity and ego; everyone wants not just attention but admiration and praise. And yet, the better “Invisibles” do their jobs, the less you notice their contributions. Zweig identifies three traits that Invisibles embody: Ambivalence Toward Recognition, Meticulousness, and Savoring of Responsibility. It’s people like these that run the world and power its best businesses, not that you’d know it.

Things a Little Bird Told Me: Confessions of the Creative Mind, by Biz Stone

Stone, a Twitter (TWTR) co-founder, lays out a brief history of the network, sprinkled with a few insights on the creative process, leadership and management. Here’s one: “As a company, instead of talking about how great our technology was, we simply started celebrating that amazing things people were doing with it. It was an odd reversal."

The third installment from Freakonomics team Levitt-Dubner. This edition is the most actionable and prescriptive yet. If you want to “think like a freak,” you’ve got to know how to use incentives to your advantage. For example, the charity Smile Train told people it would stop sending them solicitations if they donated just once -- it worked. Other gems: Think like a child (have fun and don’t be afraid to ask silly questions), sort out bad actors early (Zappos self-selects for culture-fit by giving employees $2,000 to leave), and quit your job (data attests: people who make the jump end up happier).

It really is about who you know. Network researchers debate the importance of two components: the strength of connections and the diversity of connections. Pentland, on the other hand, argues for the importance of what he terms “idea flow,” the propagation of behaviors and beliefs through a social network—such as a business. The implication is that a business has a “collective intelligence” that is not the sum of individual IQs but of the structure of its internal social networks.