Apple TV picks up CNBC – with a catch 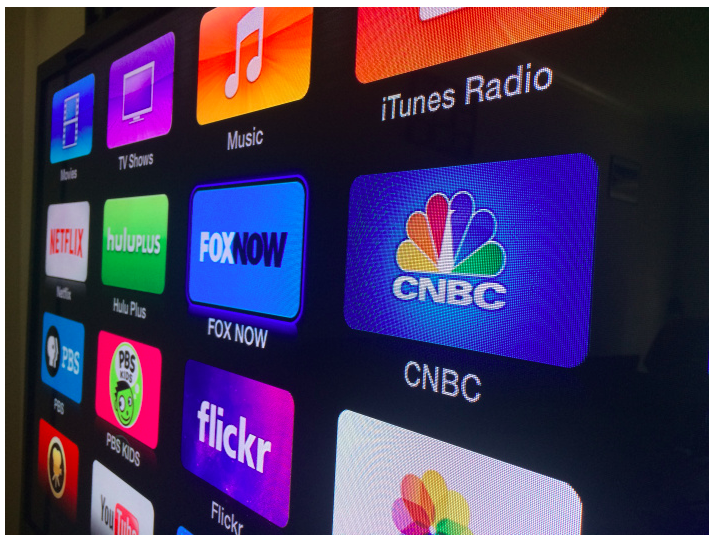 If you spend any part of your day watching CNBC, here’s some news you may be able to use.

A CNBC icon popped up Tuesday on the Apple TV home screen — another app alongside the likes of Netflix (NFLX) and Hulu Plus.

Under the terms of the deal that brought the most popular cable business news channel to Apple’s $99 set-top box, anyone with an Internet connection can watch recent clips from Squawk Box or Jim Cramer’s Mad Money.

But there’s a catch: To get CNBC live — and watch those stock prices scroll by all day long — you still need a log-in and password from Comcast (CCV), Time Warner(TWC) or some other pay TV provider.

That pretty much captures the state of play in Internet television. To fulfill its promise — the shows you want whenever you want them — Internet TV needs access to content. But pay-TV providers aren’t ready to cannibalize their core business by giving their best content away.

It’s a classic innovator’s dilemma, one that was examined at length in a 320-page white paper issued last week by Generator’s Andrew Sheehy. He estimates that some 32.5 million Apple TV units will be deployed worldwide by year’s end, but that something has to change before the device can, in Apple’s words, “ignite the market.”

“Even in the medium term,” he writes, “it seems highly unlikely that Apple will be able to license the very best content from the biggest TV networks, Pay-TV operators and film studios on terms that would disadvantage those companies.”

The advice Sheehy gave Apple last week looks a lot like the deal the company cut with CNBC this week:

We think that Apple should broaden its TV strategy by trying a new approach that would complement the current approaches which involve selling Apple TV boxes and TV & movie content.

The new approach would involve Apple integrating the internet-based television services offered by leading TV broadcasters into the Apple TV box, so they appeared alongside services like Netflix, Hulu Plus and others.

This should be interesting to Pay-TV operators who have developed pseudo-OTT [over-the-top] TV services (e.g. TV Everywhere) but which are currently only available to their existing subscribers.

In particular, cable TV network operators would be able to market their services to new customers whose homes presently lie outside the cable operator’s network reach and who are, therefore, currently unaddressable.

This would not preclude Pay-TV partners from also distributing their services on other platforms, such as Roku, Smart TV or Google TV.

Thanks to 9to5Mac‘s Zac Hall for spotting the new icon.