Chart of the day: The iPhone is a cash machine 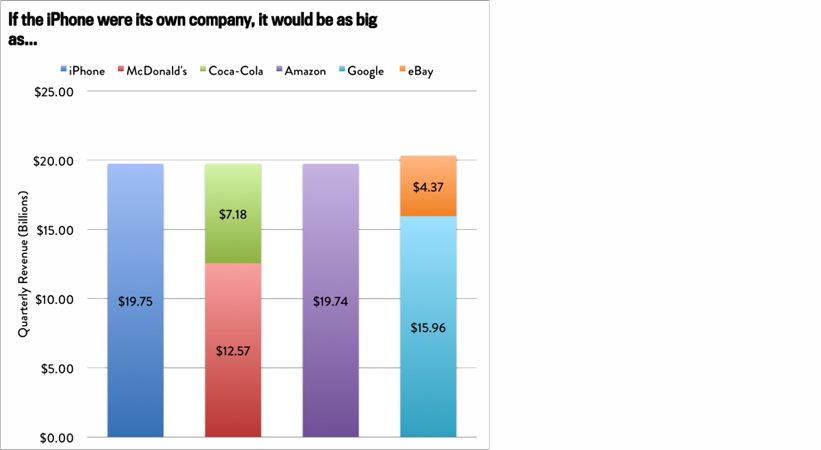 LINK: If Apple Products Were Their Own Companies, They’d Be as Big as …