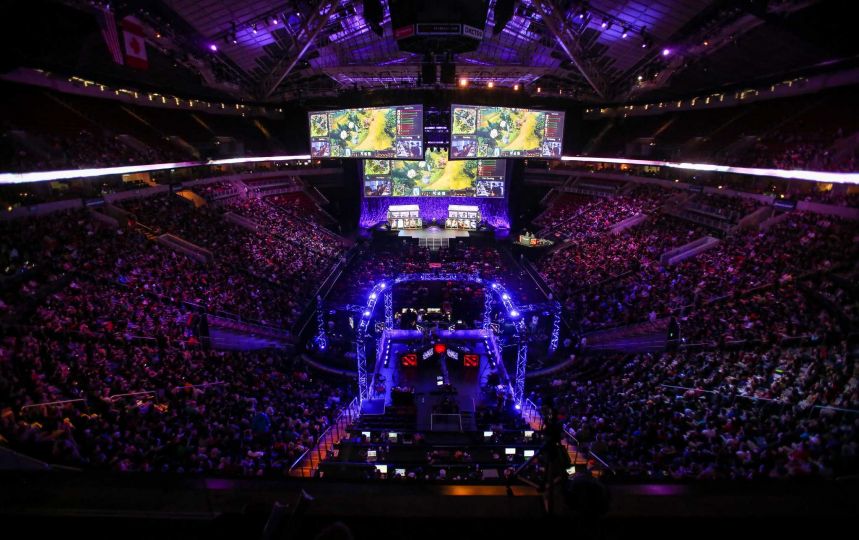 Anyone who still has doubts about the validity of eSports, or electronic sports, needs only to look at videos out of the sold-out KeyArena in Seattle from Valve’s Dota 2: The International tournament. Over 10,000 people watched team Newbee defeat Vici Gaming three games to one in a best-of-five format to take home just over $5 million of the over $10 million in cash handed out on July 21. Vici Gaming went home with nearly $1.5 million and the third and fourth place teams, Evil Geniuses and DK, also went home winners with over $1 million and over $819,000, respectively.

While the majority of the millions of global fans watched the action via livestreams on their PCs and connected devices, ESPN3 covered the action just like it would an NFL or college football game. In fact, eSports has thrived thanks to livestreaming companies like Twitch, which back in May Google was rumored to be acquiring for $1 billion. But TV networks like ESPN certainly help put professional video gaming into the mainstream spotlight. And advertisers and sponsors are more accustomed to televised exposure for traditional sports.

One trend that’s clear with eSports is the crossover into holding major events in traditional sports venues. Last fall, Riot Games sold out the Staples Center for its League of Legends Championship Series Finals. While 12,000 people watched live in the home of the Lakers and Kings, over 32 million tuned in to the livestream. This year, European Sports League (ESL) hosted a Dota 2 tournament at former World Cup soccer stadium Commerzbank Arena in Frankfurt, Germany. And Riot will host its 2014 World Championship in October at former South Korean Olympic venue Sangam Stadium, which seats 66,000 people.

“Selling out stadiums shows how passionate players are about eSports,” said Dustin Beck, VP of eSports at Riot Games. “Fans from all over the globe will be tuning in to watch the best of the best LOL eSports team battle it out for the World Championship the same way soccer fans from across the globe came out to support their favorite teams during the World Cup. That level of passion and engagement translates to an opportunity for brands who are looking to communicate with this audience by bringing added value to their eSports experience.”

“Outside of sports on TV, which is the only thing people watch live any more, eSports is the best way to reach Millennials,” said Schwartz. “It’s a live experience that people can interact with online. It’s not that it’s a huge business yet, but it’s getting there. Television is so elusive these days, but with eSports we know it’s where male gamers 14 to 35 are watching.”

Major League Gaming and Relativity formed a strategic content and marketing partnership across sports management, television, film and digital media in 2013. The goal of the collaboration was to accelerate MLG’s growth as a mainstream media property, drive appointment viewing to MLG.tv and further strengthen Relativity’s presence in the gaming space.

Relativity used MLG.tv to promote this year’s theatrical releases of Kevin Costner’s 3 Days to Kill and Paul Walker’s Brick Mansions. HBO (TWX) reached out to Riot Games and used the League of Legends online audience to promote the launch of the fourth season of Game of Thrones.

Earlier this year, Coke Zero (KO) kicked off its partnership with Riot Games with the development of the Challenger Series, a series for amateur League of Legend gamers to compete for a spot in the professional league. In essence, it’s a minor league system for players to show their eSports prowess and potentially graduate to the Big Leagues and compete for big money, sponsorship deals and free travel around the globe to compete in tournaments.

“We have worked very closely and collaboratively with Riot Games to create a league that delivers true value to the fans and players of the sport, and that begins to build an infrastructure for eSports that mirrors that of the more traditional sports,” said Matt Wolf, Coca-Cola’s global head of gaming. “To help promote the partnership, we recently launched @cokeesports on Twitter as a place for the brand to engage with fans through our activation with League of Legends. Moving through the end of the year, we will have a presence in South Korea for the World Finals in October.”

League of Legends is currently the most popular eSports game in the world with over 85 million players across the globe. As a result, those playing the game professionally are working with some big brands. Erich Marx, director of Interactive & Social Media Marketing at Nissan North America, partnered with League of Legends Team Curse because he and many people on his team are gamers, technologists and fans of eSports and they believe in its potential.

“Our job is to find audiences that are apt to engage with us and who will appreciate our content and hopefully share it with friends and beyond,” said Marx. “ESports are very innovative, and that fits perfectly not only with Nissan products, but our marketing strategy.​” Nissan is using the huge social networking reach of Team Curse pro gamers to raise awareness of some of its online campaigns.

Red Bull has embraced eSports over the past three years, focusing first on Blizzard Entertainment’s StarCraft 2 and adding Dota 2 to the mix. The energy drink hosts its own eSports events around the country with top players and invites fans to watch live and online. The company also sponsors pro gamers and treats them the same way they treat real athletes, complete with health and nutrition tips to enable peak performance when training and playing in virtual competitions.

Also blurring the line between sports and eSports is the fact that traditional Red Bull extreme athletes were competing at X-Games Austin in June for the exact same medals that Call of Duty Ghosts teams were playing for. ESPN covered the first-ever video game competition, which was hosted through MLG, along with the skateboarding and other extreme sports.

“This is another example of the maturity of eSports,” said Ehtisham Rabbani, general manager of Logitech’s gaming business. “We believe that eSports helps keep the X-Games relevant. ESports already has greater viewership online via streaming than many sports today, including the X-Games and many NBA and NHL games. It is not if, but when will eSports become the most popular sport in the world.”

Even the NFL has taken notice of eSports. St. Louis Rams offensive lineman Rodger Saffold is an avid gamer who attended his first MLG competition in Anaheim in 2013. He liked eSports so much he bought Call of Duty Ghosts team Rise Nation Gaming, which was one of the teams that competed at X-Games Austin a few months after the Activision and Xbox $1 Million Call of Duty Championship in Los Angeles.

“I didn’t even know about eSports until last year, but I just enjoyed playing Call of Duty so much, and I was always online,” said Saffold, who recently signed a five-year, $31.7 million contract extension with the Rams. “I love the bragging rights. And now here I am. I finally see everything for the first time from a first-person view instead of on a computer screen. It’s all good for these kids. It shows that video games can bring you some money now. It’s not always a waste of time.”

ESports is definitely not a waste of time for big sponsors. Intel (INTC) has been sponsoring eSports for over 10 years now. George Woo, who heads up the Intel Extreme Masters global eSports tournament, said the company entered the space to establish a marketing platform to promote its gaming processor online and offline to make it the preferred and recommended processor brand by enthusiasts and to drive purchase intent for all of its gaming products.

“Attendance to Intel Extreme Masters events has grown 10X with us filling up sport stadiums, where we have visitors lining up to get a seat to watch the competition,” said Woo. “Online it has grown 100X, where we now get more viewers watching livestreams for a single event than we’d have tune in for an entire season in the past.”