Meet the Obama of Indonesia 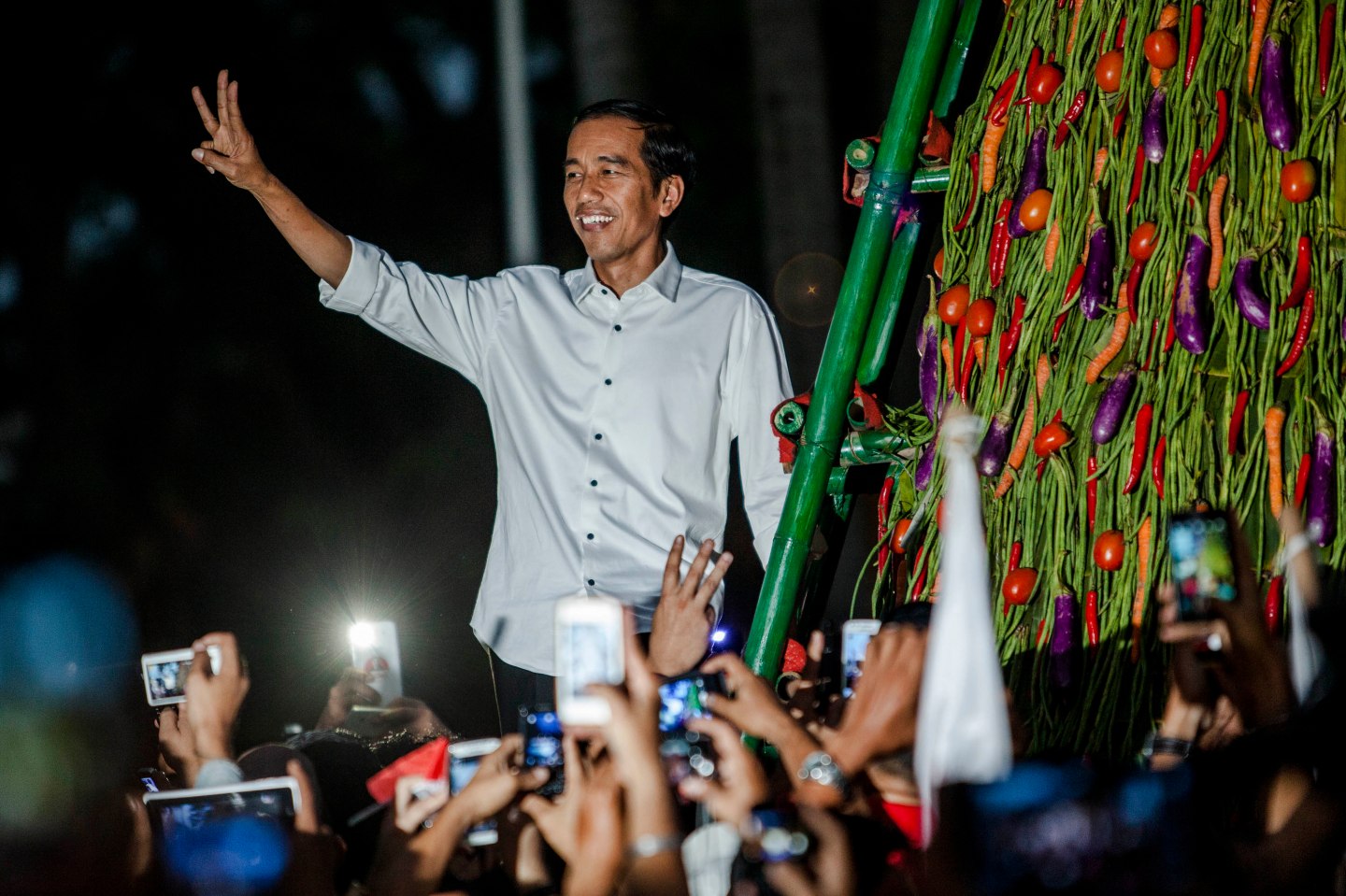 Joko Widodo, a self-made millionaire from the slums, is Indonesia’s next president. On Tuesday, the country’s election commission pronounced Widodo, who is popularly known as Jokowi, the winner of its July 9 presidential contest. While many suspected this was the case—Jokowi, currently the governor of Jakarta, claimed victory on election night—the country was kept in suspense by the election commission, which counts ballots—all 130 million of them—by hand.

In the days running up to the election, pollsters had called the race “too close to call.” In the end, it wasn’t. Jokowi, garnered 53.15% of the vote, besting his opponent Prabowo Subianto, a former military general who is banned from the U.S. for past human rights abuses, by some 8 million votes.

So far, that margin has not been enough to convince Prabowo to concede, however. The strongman claims to have uncovered millions of phantom votes and has vowed to contest the election results in court. Independent observers have called the election fair.

Prabowo has three days to file a challenge with Indonesia’s Constitutional Court, which would be required to rule on the matter by August 20. And even members of Prabowo’s legal team have said there is no point, according to Shaun Levine, a senior analyst at the Eurasia Group.

But the danger, in any case, isn’t so much a protracted legal fight, but rather upheaval in the streets. The matter has some in Indonesia braced for election-related violence. Three-thousand riot police were dispatched to election commission headquarters and current president Susilo Bambang Yudhoyono issued stern warnings that violence will not be tolerated.

Still, the show of strength hasn’t calmed everyone. Harry Su of Bahana Securities noted in an analyst report today that “expensive cars [have] disappeared from many car showrooms.” Levine doubts that Yudhoyono, in the final months of his decade-long presidency, will permit any violence lest it tarnish his record in office.

Jokowi, who got into politics less than a decade ago, is an improbable successor to Yudhoyono. The candidate, who grew up in the slums of Solo, a mid-sized Indonesian city, was the first in his family to go to college. He studied forestry, started the furniture export business that made him rich, and then ran for mayor. He cracked down on corruption, cleaned up and was named runner-up for the World Mayor title in 2012. That same year, having excited much of the Indonesian public—cue the comparisons to Obama—he was elected governor of Jakarta. FORTUNE ranked him No. 37 on our 2014 list of 50 World’s Greatest Leaders.

Now, when Jokowi takes office October 20, he will be leading the fourth largest country on earth, and overseeing the largest economy in Southeast Asia.

Investors are (relatively) happy about that, but it won’t be an easy task. Indonesia has blown too much of its budget on politically popular fuel subsidies at the expense of infrastructure, health and education spending in recent years, says Levine. In addition to reorienting spending, Jokowi will likely have to untangle a “complex web of government regulations” that have kept many foreign investors at bay, Levine says.

“Investors should probably temper their expectations about what Joko Widodo will be able to accomplish, not because he doesn’t want to implement reforms but because of the structural challenge,” says Levine. “There are 10 political parties in parliament that he’s going to have to work with, which will make pushing through politically unpopular economic reforms difficult.” Jokowi’s party has only 19% of seats in parliament; his coalition makes up 38%.

In any case, says Levine of Jokowi’s win—and the 70 million votes behind it: “This is very, very positive story for democracy in Indonesia.” Indeed.