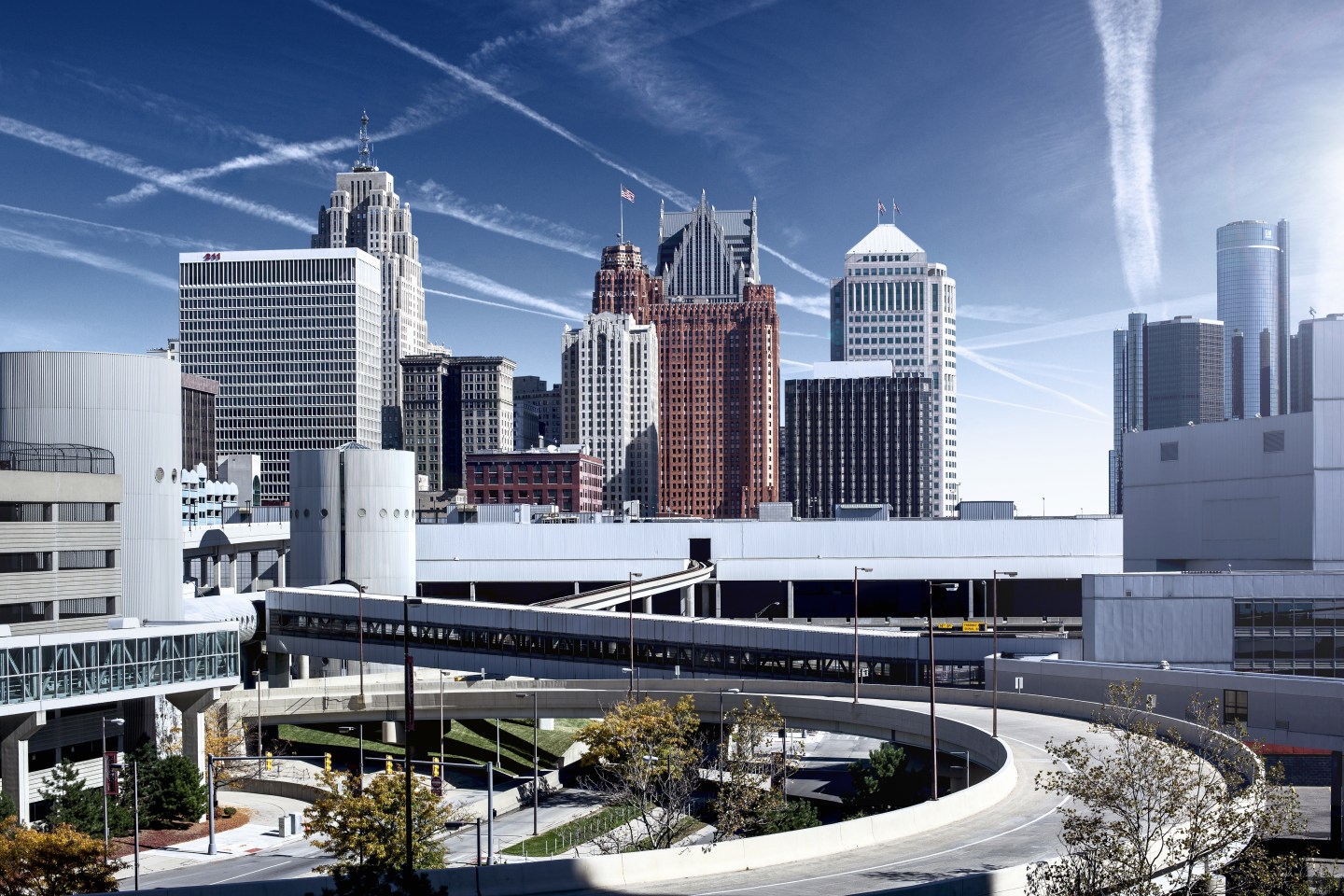 Detroit pensioners are getting a pretty good deal in the city’s latest restructuring plan. And, judging from retirees’ vote last night to approve the plan, they know it.

In a vote announced last night, 73% of civilian city pensioners said they would accept a plan that would dock their monthly checks by 4.5% and eliminate the annual cost-of-living-adjustment to those checks. Police and firefighters voted 82% in favor of zero deductions, save for a reduction in their plan’s cost-of-living adjustment from 2.25% to 1%.

This is not an outcome to do handstands over—deductions from modest pensions will strain some families’ finances. (Annual payments to individual pensioners are only $19,000 to $32,000 on average.) But the cuts are far less severe than originally feared.

Meanwhile, holders of pension certificate debt have been dealt a pretty dismal hand. Under the plan, creditors could end up receiving between 0% and 10% of the money owed them. Unsurprisingly, the bond insurers and hedge funds that control the more than $1 billion debt in question are fiercely fighting the proposal.

Last night’s yes vote from pensioners marks a significant victory for Detroit’s current leadership. It also clears the way for an interesting piece of bankruptcy-era pension finagling: the “grand bargain.” The deal would bring in an $816 million bailout to Detroit from the state of Michigan and a coalition of private businesses and foundations. To make it work, officials took the unusual step of tying the fate of the pensions to that of the city’s art. The resulting politically enticing package has drawn multi-million-dollar donations from major foundations in addition to corporations like the Big Three Detroit-area auto giants, Penske Automotive, and DTE Energy. If successful, the Detroit Institute of Arts would become a separate institution (saving it from the auction block to pay city bills) and city pensioners would not be subject to any additional cuts.

However, it’s unclear if the deal will makes it past Detroit’s bankruptcy court. Bondholders will certainly sue over the plan, which they say amounts to egregious capitulation to one group of creditors over another. These arguments will play out in a trial next month, which will be the largest of its kind ever in the U.S.

Until after that trial, and its confirmation on appeal, Detroit city pensioners are not out of the woods, says Michelle Wilde Anderson, a professor at Stanford Law School. If the deal between the city, the state, private foundations, and the pension organizations collapses, “the city’s retirees risk much deeper cuts than the cuts approved by pensioners in the recent vote,” Anderson wrote in an e-mail. She says that the vote represents a strong desire to make the plan work, even though it will reduce health care benefits for employees and cut pensions, and despite the fact that the average pensions in Detroit are so modest that any cuts will surely be painful. “[Pensioners] clearly want to move the bankruptcy towards closure,” she says, “and they are ready to do it on the terms proposed by the city and the state.”

If the deal does work out as planned, there’s a potential upside for retirees around the country. Detroit’s case will set an important precedent, and if pensioners get much more money than bondholders, it could lay the groundwork for similar arrangements. If the proposal withstands trial and appeal, “that would be a statement that a plan is fair and equitable even if one group of unsecured creditors would be getting paid significantly more,” says Juliet Moringiello, a professor at Pennsyvania’s Widener School of Law. “That would have repercussions,” she says, “but we have yet to see that.”

The deal could still fall apart—the Motor City has a spotty track record on these matters, after all. For now, though, the city’s prospects are looking a little brighter.