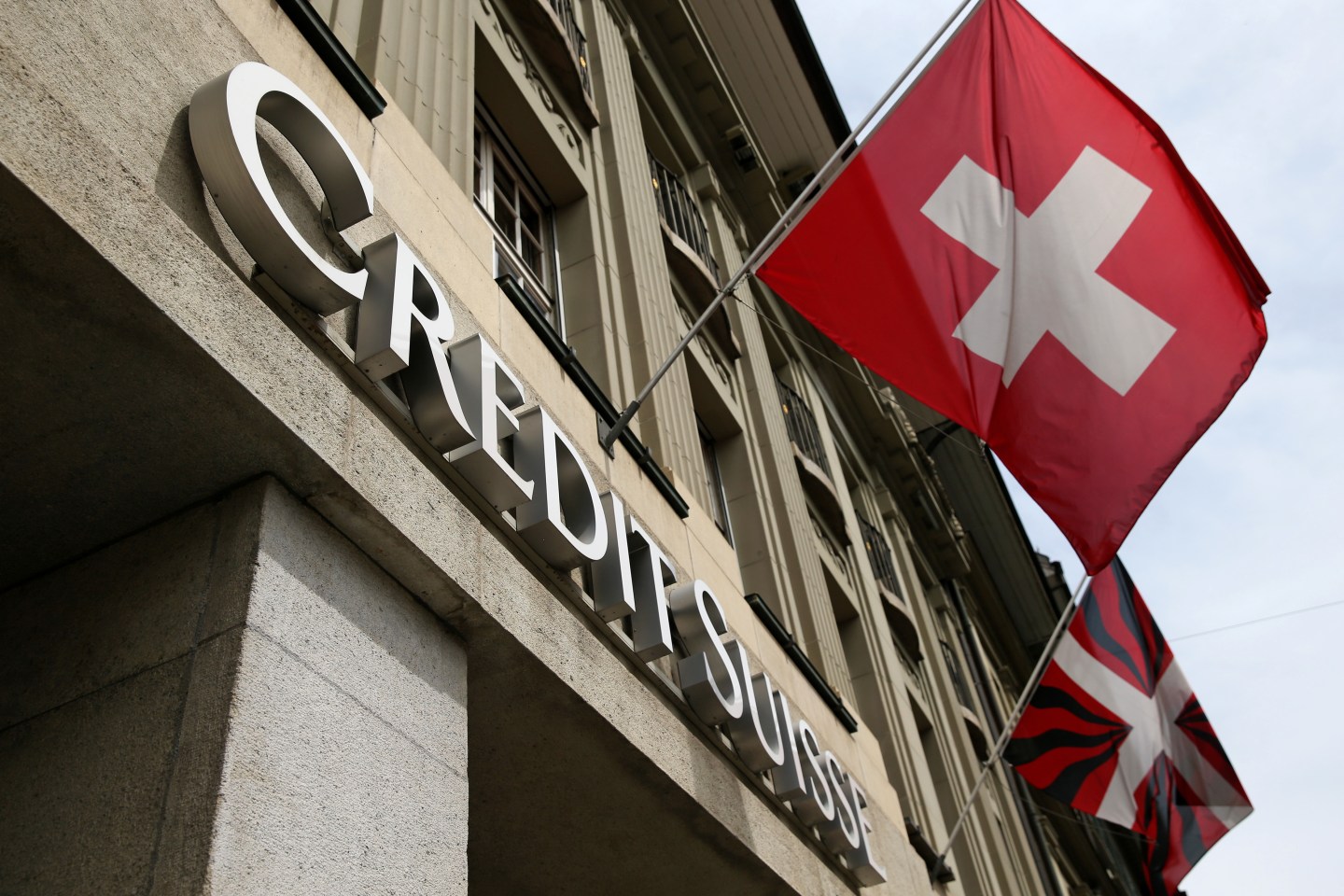 The national flag of Switzerland flies above the entrance to a Credit Suisse Group AG bank branch in Bern, Switzerland, on Tuesday, May 20, 2014. Credit Suisse, Switzerland's second-biggest bank, rose the most in six months in Zurich trading after it agreed to pay $2.6 billion to end a three-year U.S. tax probe. Photographer: Philipp Schmidli/Bloomberg via Getty Images
Photograph by Bloomberg--Getty Images

Credit Suisse AG (CS) posted its biggest quarterly loss since the 2008 financial crisis after taking a $1.78 billion charge against earnings to settle allegations of tax evasions by the U.S. authorities.

At the same time, it became the latest major global bank to get out of the commodities trading business, against a background of tighter regulation and a hostile political environment towards ‘speculation’ on essentials such as food and energy. In the last four months alone, JPMorgan Chase Inc (JPM), the U.K.’s Barclays Plc (BCS) and Germany’s Deutsche Bank AG (DB) have all announced similar moves.

The Swiss giant posted a net loss of 700 million Swiss francs ($779 million), slightly wider than market expectations. Although income at the investment bank unit fell less than expected, weak margins at its key wealth management business meant that it didn’t capitalise fully on a successful quarter for attracting new business from rich clients.

As with some of Wall Street’s biggest houses last week, both the fixed-income business and equity underwriting had a robust quarter, with income rising 14% and 29% respectively. But pretax profit from wealth management–the area that analysts argue should be its key focus in future–fell 8.4% to CHF569 million Swiss francs.

CS’s statement showed the damage to its balance sheet done by the $2.6 billion fine it paid to the U.S. to settle charges that it helped U.S. citizens to evade taxes. Its core capital ratio fell to 9.5% from 10% at the end of the previous quarter, although chief executive Brady Dougan said in a statement that he expected it to rebound to 10% by the end of the year.

Leaving the commodities business will help the bank reach that target by reducing the amount of assets it carries on its balance sheet. In the wake of the financial crisis, banks have had to hold much more capital against trading books, particularly against assets with high price volatility such as commodities. For many, the revenue from that business no longer justifies the risks and the capital costs.

CS said shedding the commodities business would cut risk-adjusted assets by $8 billion and total assets by $25 billion. It will also cut operating expenses by $200 million.

In addition, it said it would also “re-focus” its foreign exchange business, restricting voice-brokered trading to more complex trades, as well as simplifying its rates business. Both businesses have been scarred by long-running scandals over alleged market manipulation.

The bank’s shares were down 2.0% by mid-morning in Switzerland.