A year later, what cities can learn from Detroit’s bankruptcy 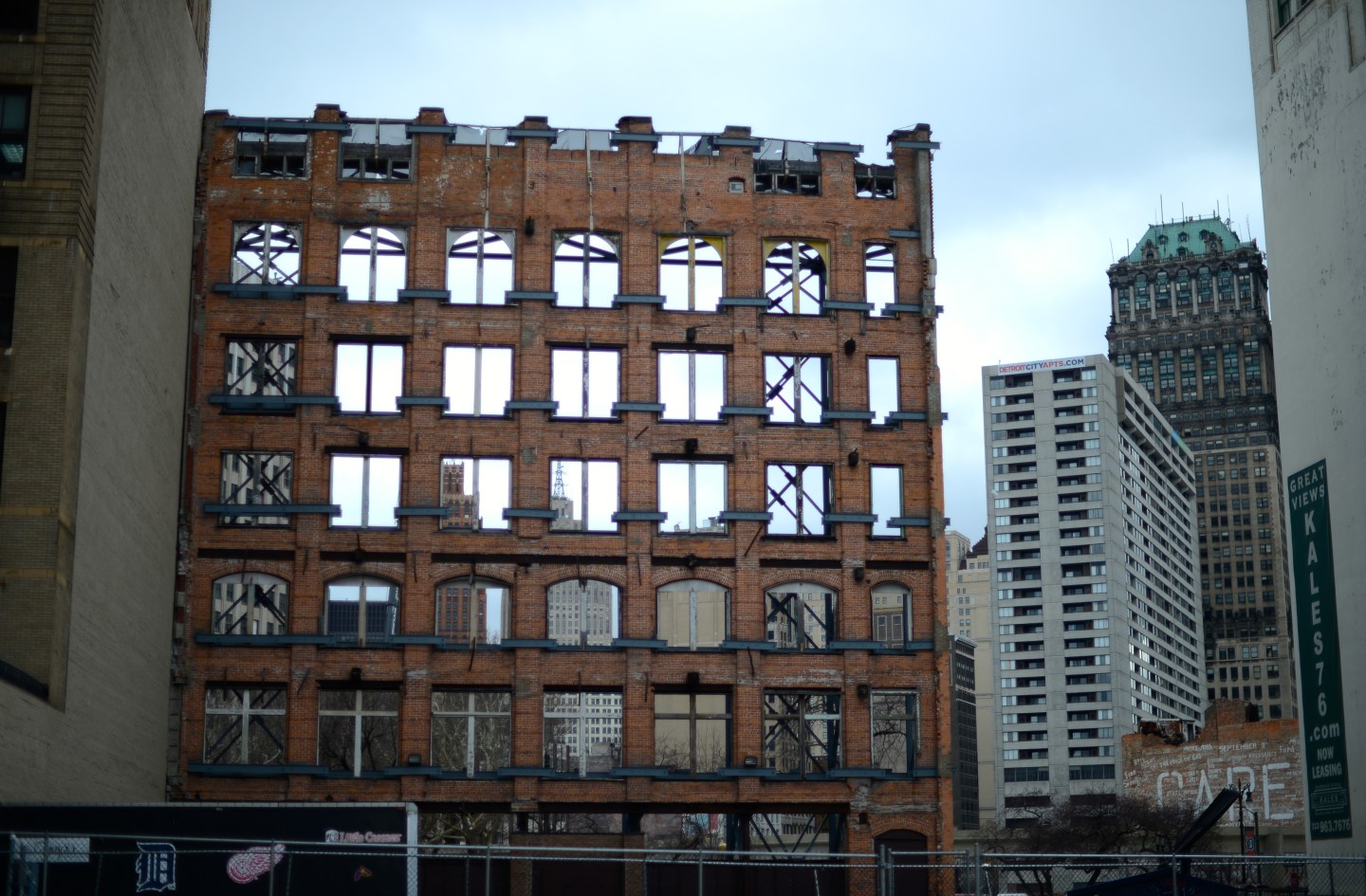 One year ago this month, Detroit filed for bankruptcy—the largest U.S. city to take such a step. Since then, Wall Street analysts and the media have focused on how other cities have responded—or failed to respond—to their own pension and health care liabilities. Some have recognized the need to engage unions as partners rather than adversaries, but the broader lesson from Detroit goes far beyond how to avoid bankruptcy.

Detroit’s predicament has revealed three truths for how other cities can start and sustain a recovery.

On Monday, Detroit retirees voted to accept pension cuts as the city continued to get its financial house in order. As hard as this process may be is, it’s only the beginning. Detroit has demonstrated that cities have to set a platform for growth. Market trends are in cities’ favor: In 2011, big cities in the nation’s largest metropolitan areas grew faster than their suburbs for the first time in nearly a century. This reversal continued in 2012 and 2013, possibly signaling a true shift in preferences.

Still, city governments need to fix the basics to signal to both businesses and residents that it’s time to stay (or come back) and invest. For Detroit, fixing the basics hasn’t been easy: The city’s water and sewerage department recently cut off thousands of residential and commercial customers for non-payment with neither sufficient warning nor resources fully in place to help low-income households handle their debts. A two-week moratorium on shut-offs was announced Monday so that residents could learn more about how to get help, and there have also been many positive steps forward.

The city government, for example, gave up control of the neglected (but promising) urban park, Belle Isle, turning it over to state management under a 30-year lease. Through a $185 million bond package, the Detroit Public Lighting Authority is tackling one of the most iconic symbols of the city’s troubles, replacing 55,000 broken streetlights with state-of-the-art LED bulbs. Mayor Mike Duggan has a new effort to stop blight before it starts in Detroit’s healthy neighborhoods by forcing owners to fix up vacant homes and has created a new auction site to find buyers for homes that are vacant or tax delinquent, but still attractive.

Second, Detroit’s recovery shows that cities are networks, not just governments. As Detroit’s government was struggling with fiscal challenges (and the struggles started long before the bankruptcy filing), civic, business and philanthropic actors were committing billions of dollars into downtown and midtown and supporting a smart plan for the city’s physical and economic future. The M1 rail line, which is expected to begin construction later this month, is emblematic of Detroit’s physical and economic transformation. The bulk of the funding is coming not from the federal, state or local governments, but rather a consortium of companies, philanthropies and other anchor institutions.

Similarly, the task force on Detroit’s new innovation district was convened by Mayor Duggan, and will be led by Nancy Schlichting, CEO of the Henry Ford Health System. It will draw on the talents and resources of private, public and civic actors and institutions. A city government can—and must—fix the basics, but it cannot generate economic growth all by itself. It takes a larger group of committed actors to shape a city’s future.

Finally, every metro area has something worth fighting for, rather than fighting over. The Detroit Institute of Arts brought a fractured region together. Back in 2012, suburban voters agreed to tax themselves to support the museum. The dollar amount per household was small, but the symbolic importance was huge, since it showed that suburbanites saw the DIA as a regional, not just city, asset. When it looked like the DIA’s collection would be dismantled to pay the city’s bills, the DIA itself, philanthropies, businesses, and the state of Michigan created what’s termed the “grand bargain” to shore up the city’s pension fund and thereby save the art.

Even with its extraordinary challenges, there is a new spirit, a new civic and political culture that’s unlike what we’ve seen in the city before.

Detroit’s experience has taught the country how a challenged city can be creative and resilient. A year ago pundits warned darkly that there would be a cascade of municipal bankruptcies. But America’s cities proved the doubters wrong: Bankruptcy is not contagious, but revival may well be.