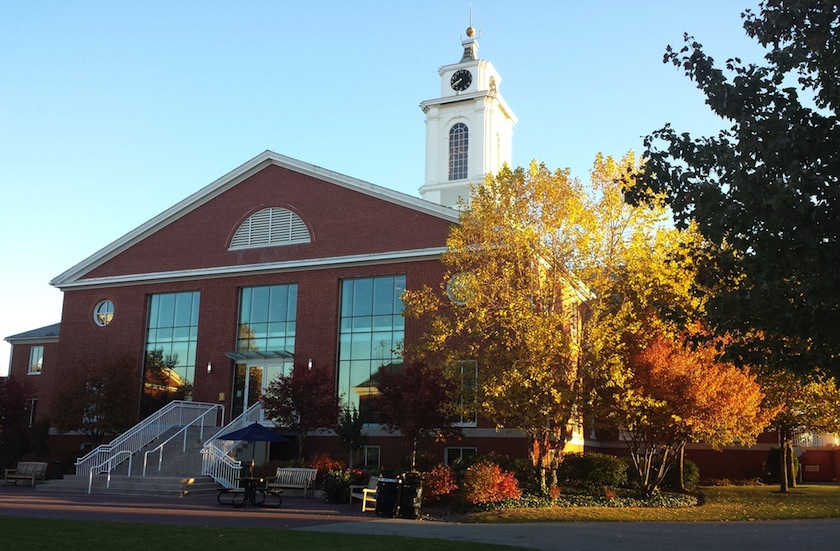 (Poets&Quants) — Shortly after participating in a boot camp this June for unemployed graduates, Travis Stanley e-mailed a photo to his career advisor at Bentley University.

It was a picture of his home office, a cramped bedroom in the attic of his parent’s house in Arlington, Mass., which had recently undergone a complete makeover.

Stanley, a management major with a knack for construction, had freshly painted the room and knocked down two walls, allowing sunlight to stream in through two windows. A search on Craigslist yielded him two used computer monitors and a bookshelf. The piece de resistance? A desk he bought off a recent MBA graduate from Harvard Business School.

“I’m hoping that some of his good luck will rub off on me,” Stanley said.

He has applied for 85 jobs in the financial sector since May, but Bentley is not letting him flounder in today’s competitive job market for college students. Rather, they are keeping close tabs on him, monitoring his progress—he was awarded two points for sending in the photo of his work space—and conducting weekly job status checkups with him on campus.

This summer marks the school’s first ever Job Boot Camp for recent graduates, a four-day intensive workshop held a few weeks after graduation, with the aim of radically changing the way college students approach the often drawn-out and frustrating search for their first job out of school.

The program had 18 participants this June. They received a crash course on writing effective resumes and cover letters, using LinkedIn to build a professional network, how to make cold calls to potential employers, and how to strengthen their interview skills. The goal of the program? Get students off the job boards and be more effective in how they approach their job hunt, according to Len Morrison, director of career services at Bentley, which has one of the largest undergraduate business programs in the Northeast.

After the boot camp, the school continues to work with alums, meeting with them once a week and reinforcing the training in a Fast Track Job Search Group, which awards points to students based on the tasks they complete that week (sending in a photo, like Stanley did, of your home workspace gets you two points, while attending a networking breakfast earns you 10).

The boot camp has already yielded impressive results. About 25% of alums have found jobs, and the other 25% are in their second round interviews, the school said. The remainder are still making calls and sorting out what they want to do, Morrison said. Bentley is hoping that the boot camp will eventually become a model that other university and colleges can replicate for alums. Morrison hopes to make a presentation on it at next year’s National Association of Employers and College’s annual conference. Plans are already in the works for another boot camp that will launch next January.

“At a university like Bentley, employers are here nine months out of the year looking to hire, so students don’t have to reach out to alums or strangers to make connections,” Morrison said. “But once they leave here, it is a totally different ball game, and we need to introduce those skills early and often.”

The lukewarm labor market has made finding employment a daunting task for recent college graduates, and the most recent graduating class is no exception, according to a May report from the Economic Policy Institute. “Though there has been some improvement since the unemployment rate for young workers peaked in 2010, job prospects remain dim,” the report said. ”Thus, the Class of 2014 will be the sixth graduating class to enter the labor market during a period of profound weakness.”

That’s all the more reason for college graduates to be aggressive to get the attention of busy employers, said Barbara Hyle, Bentley’s director of alumni career services, who ran the boot camp. That means staying away from large online job boards and instead focusing on making tangible connections with alumni and employers.

“Job boards are frustrating,” Hyle said. “You can use job boards to find positions, but first you need to look at who you know in the company and who you have contacts with. That is what makes a difference in the job search.”

Hyle structured Bentley’s boot camp with that notion in mind. On the first day, students conducted a self-assessment of their skills and confidence levels, then spent the afternoon in brainstorming sessions on industries and companies that would be a good fit for them. They were expected to come in the next day with a resume and cover letter targeted to a job they were interested in. All the resumes and cover letters were then posted on a wall and analyzed by career services staff to see how closely they aligned with the job description.

The next step: making sure the alumni were comfortable using LinkedIn to find other Bentley alumni and others who might help them connect with potential jobs. By the third day, boot camp students needed to make five cold calls to people they’d found on LinkedIn or through their personal networks, asking them if they had time for a 20-minute informational interview. On the last day of the boot camp, they were doing in-person mock screening and second-round interviews with alumni from companies such as Staples, PwC, Forrester Research, and State Street who volunteered their services.

The boot camp is already paying dividends for students. Before the program began, about 60% said they had no experience making cold calls to alumni, while about half said they didn’t feel confident placing such calls, a school survey showed. Fast forward four days, and nearly all of the participants reported improved confidence levels, the school said.

Stanley, the alumnus who revamped his workspace, said he has gained concrete skills from the bootcamp that he applies every day while doing his job hunt. He sits at his desk from 8 a.m. to 11 a.m., scouring LinkedIn for Bentley alumni who work in research analyst positions. He has no qualms about calling them or sending them a note, and estimates that he now has 15 valuable people in his network that may help him land a job.

“Before the boot camp, I was just basically just sending out resumes and hoping for the best,” he said. “Now, it is completely different. My job search is regimented and I have an actual plan of attack.”

Janine Velutini, a 2014 Bentley graduate from Venezuela, recently landed a job as a market development associate at Admirals Bank. She’d applied to about 100 companies before starting the boot camp and received responses from 10. As an international student, her job search was even more complicated because she needed to find work within three months of graduating in order to keep her U.S. work visa.

“After you get turned down so many times, you say, ‘something must really be wrong with me,’” she said.

On the first day of the boot camp, her adviser encouraged her to follow up with a the chief administrative officer from Admirals Bank, a woman she’d met at a networking event for Latino professionals a few months back. Velutini sent her a note on LinkedIn to check in, and a day later, she got a call from a human resources representative inviting her in for an interview. She spent the next few days prepping for the interview at boot camp, and by the time she went in, she was feeling at the top of her game, she said. Her confidence and self-assurance impressed the employer, who invited her for a second-round interview the next week and ultimately offered her a job.

“The boot camp was kind of my last chance. It was either I was going home or getting that job,” Velutini said. “It really gave me the confidence going into the interviews.”