The case for employees to pick their CEO 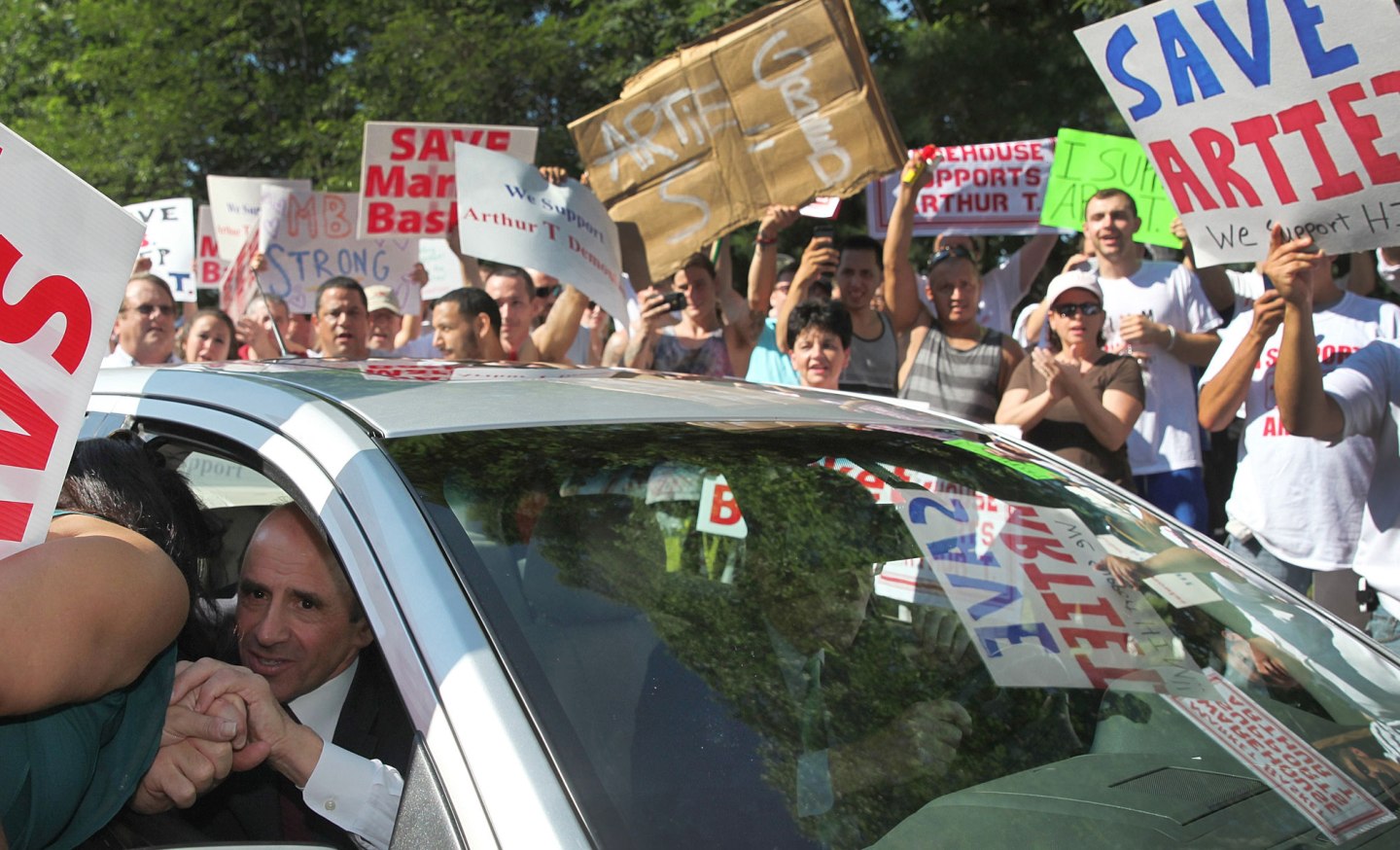 In fact, the employees have already chosen their man: Arthur T. Demoulas. Arthur T., as the employees call him, was CEO of the family-owned company until late June, when the board, which is controlled by Arthur T.’s cousin Arthur S. Demoulas, fired him for insubordination and frivolous spending.

The employees gave the company’s new co-CEOs an ultimatum this week: they’d work for Arthur T. or no one at all. Then they walked off the job on Friday despite threats from the new execs that employees who did so would be fired.

The Market Basket episode is unique not just because of the family drama, but because the notion that employees should have a say in who’s hired as their CEO is so rare. If employees ever have input into who leads their company, says Michael Useem, a management professor at Wharton, “it’s extremely unusual.”

“I’d venture to say that most boards of directors do not have a process to get input from the bottom up,” says Dennis Carey of Korn Ferry, who has led CEO recruitment and succession planning efforts for companies like 3M, AT&T, and Office Depot.

That’s not to say that considering employees’ views is a bad idea, especially if a board of directors is considering an internal candidate.

W.L. Gore & Associates, maker of Gore-tex, asks its employees for feedback on potential CEO candidates. When its previous CEO retired, the board of directors polled a wide cross-section of associates, asking them whom they would be willing to follow. The results factored into the selection of longtime Gore employee Terri Kelly as CEO.

Gore’s philosophy holds that the ultimate measure of leadership is the ability to develop strong “followership” and the extent to which others seek an employee’s advice and knowledge on important decisions, a company spokesperson told Fortune. This peer-driven approach ensures that leadership at Gore is earned, not appointed.

“If you can limit employee feedback to people who have actually worked with the candidates, that process should certainly be considered,” Carey says.

After all, if someone is at the point where he or she is a CEO candidate, the boxes for skills and competency have been ticked many times over. “What’s more difficult to obtain—and boards do a bad job of doing this—is [a candidate’s] personality and what I like to call learning agility—how well someone who’s successful in their last position can transition to the responsibilities of a new one,” Carey says.

That’s where input from employees in the field or on the factory floor can be valuable; they’ve observed how well potential CEOs treat people lower down in the organization; “if they can manage across and down, not just up,” Carey says. And there’s plenty of evidence that in this department, corporate boards could use all the help they can get. “The landscape is littered with failures based on personality rather than competence,” Carey says.