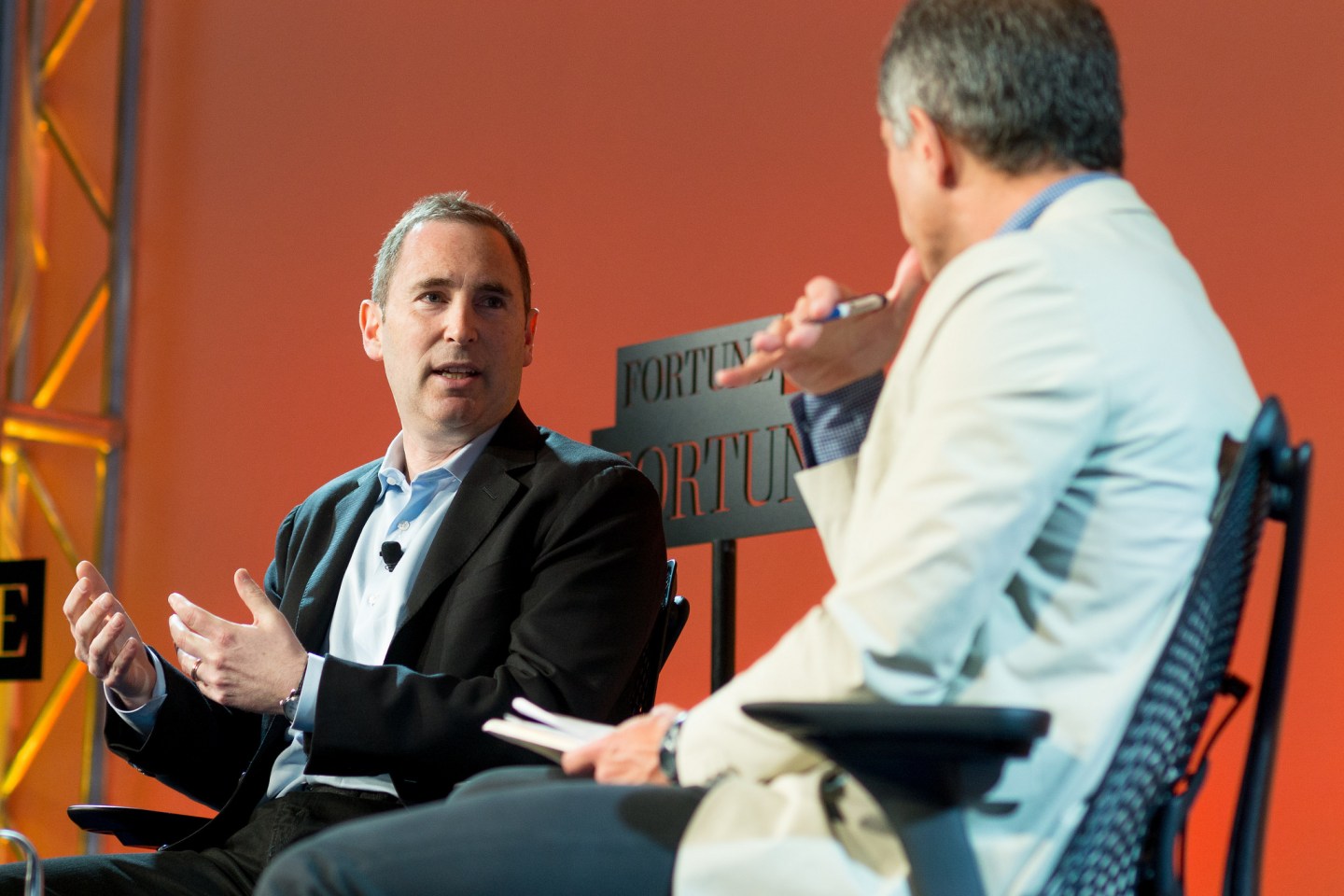 When it rolled out Amazon Web Services in 2006, Amazon was questioned far and wide. What was the mammoth online retailer doing getting into Web infrastructure? Had it overreached?

Those same AWS skeptics have gone quiet. Eight years later, AWS is one of the largest businesses of its kind, hosting and crunching data for sites such as Netflix (NFLX), Airbnb and Pinterest. It’s also reportedly one of the biggest revenue drivers for Amazon today. Indeed, while Amazon (AMZN) doesn’t disclose numbers for its cloud business — those are lumped into an earnings category dubbed “Other” — Amazon has said AWS played a “big part” in growing “Other” revenues 58% last quarter to $1.26 billion. Separately, the investment banking firm Jeffries estimates AWS generates roughly $5 billion in revenues a year.

An 17-year-Amazon vet, Jassy has led AWS from the start, which also means he’s a pro at fielding probing questions about the company. However Jassy revealed to Fortune’s Adam Lashinsky at Brainstorm Tech 2014 that over 800 agencies and 3,000 academic institutions employ at least some of AWS’s 35 myriad services. And keeping true to Amazon tradition, AWS has dropped its prices 44 times since 2006, to the point where “lots and lots of [users’] bills are less than a dollar a month” — a situation Jassy is fine with. It’s not hard to lower prices, he clarified, but it is hard to afford to lower prices.