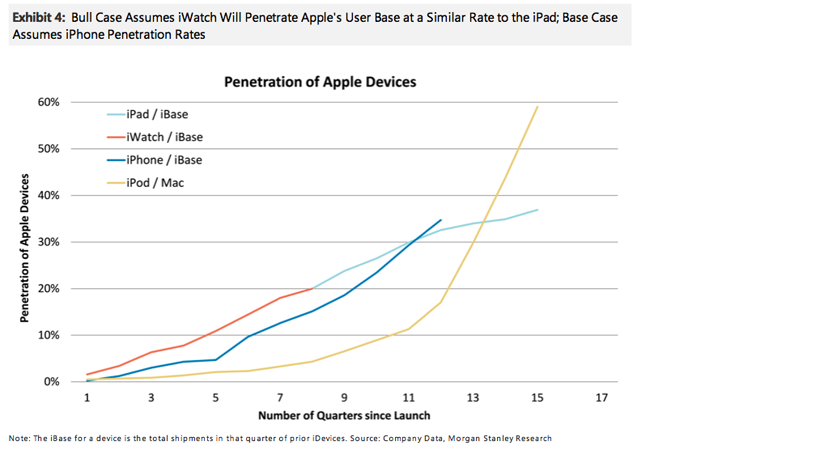 Morgan Stanley, whose Apple estimates tend to be on the conservative side, raised its Apple price target Monday — to $110 from $99 — and added iWatch estimates to its model for the first time.

It’s that loyalty and the so-called “halo effect,” Huberty writes, not the current watch market, that will drive sales of the unannounced product that she (like everybody else) is calling the iWatch.

In Huberty’s “base case,” the iWatch follows the iPhone’s adoption trajectory, in which case Apple sells 30 million units in the first 12 months at $300 apiece, generating an extra $9 billion in revenue and adding 49 cents to Apple’s bottom line.

In her “bull case,” the iWatch follows the iPad’s trajectory. Apple sells 60 million units and the stock hits $132 per share by this time next year.

Below: Huberty’s brand loyalty chart. As good a year as 2012 was for Apple, it was even better for Samsung.