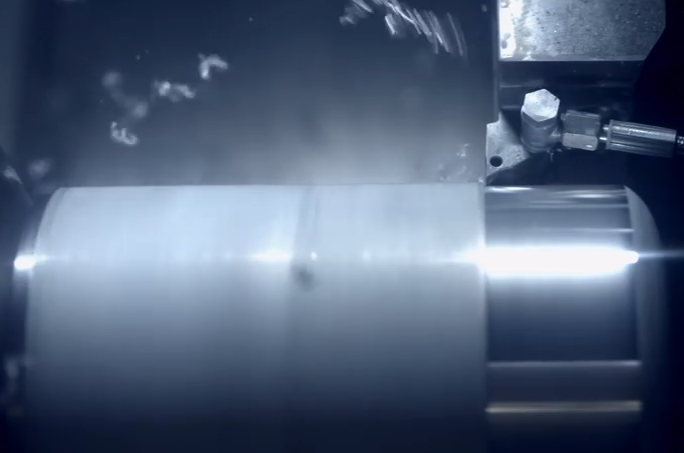 Thanks to a promotional video about the MacPro that Apple posted last fall on YouTube, we have a great visual to go with the pretty dry press release the White House issued Friday.

To help re-build America’s manufacturing base, President Obama has launched an initiative called SupplierPay, and on Friday he invited 26 companies to the White House to celebrate the new public-private sector partnership.

Apple was there, and its contract with a small aluminum parts manufacturer in the west suburbs of Chicago was one of the President’s case studies.

The company is called Metal Impact, and the process by which it makes the MacPro’s shiny cylindrical case was lovingly filmed — close up and in slow motion — for that YouTube video.

The work is mostly done by robots, which is why Apple’s contract created only 18 jobs. But I have to say it’s nice to see Americans doing them.

“Those jobs aren’t coming back,” Steve Jobs reportedly told President Obama in 2011 when asked what it would take to make the iPhone in America.

Below: The video. The speaker is Jeff Williams, who took over Apple’s supply chain operations when Cook replaced Jobs as CEO.