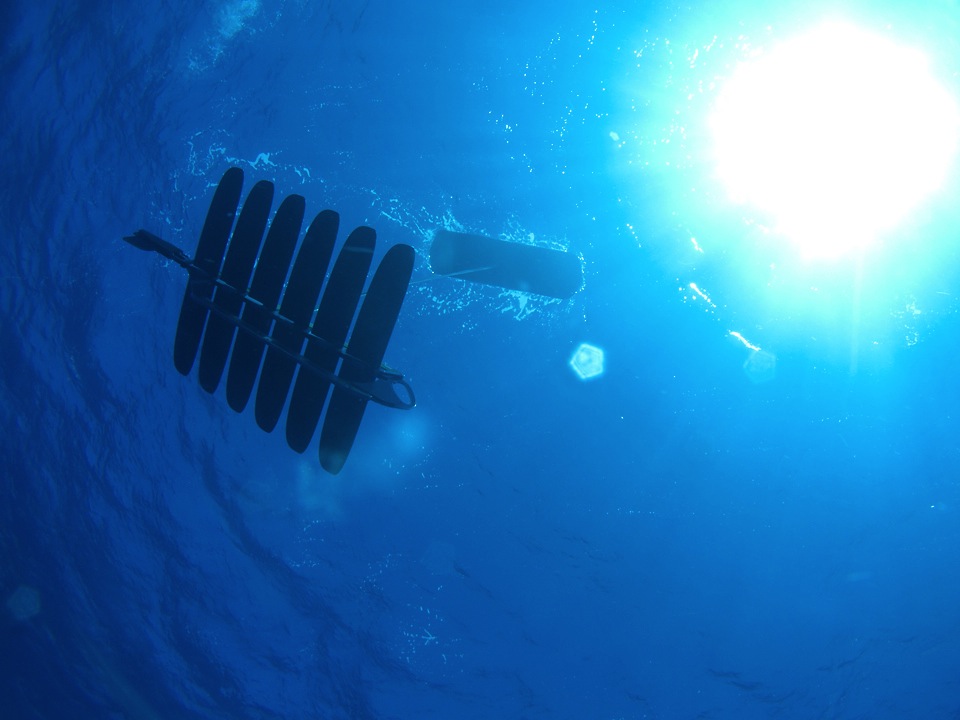 As you might expect for one of the world’s most lucrative businesses—which counts four of the top 10 companies in this year’s Fortune 500—companies in the oil and gas industry use fairly sophisticated technologies when exploring and tapping offshore hydrocarbon reserves. But when they service their sprawling infrastructure, the tools tend to be surprisingly low tech: boats, buoys, and the occasional aircraft to keep tabs on immense surface and subsea operations in sometimes hostile environments.

A young and rapidly growing joint venture between a small California robotics company and the world’s largest oilfield services provider is quietly working to show the largest and most capable energy companies how they can use ocean-going robots to make their operations safer, more efficient, and far less costly.

Houston-based Liquid Robotics Oil & Gas, or LROG, is a 50-50 joint-venture between Sunnyvale, Calif.-based Liquid Robotics, a maker of wave- and solar-powered maritime robots and Schlumberger (SLB), which provides various oilfield services to energy companies large and small all over the world. LROG is just 18 months old, but it’s already doubling the volume of its work year-over-year, to the point where it is actually turning away inquiries from potential customers as it struggles to keep up with demand for its technology. That technology can be somewhat complex, but the service LROG provides is simple enough: Its ocean-traversing robots take jobs conventionally undertaken by crewed surface vessels and does them autonomously and on a larger scale, all at a far, far lower cost.

“The whole industry is historically pretty cost-conservative, and so they’re generally pretty excited about exploring technologies can up the quality of their work while minimizing their costs and potential liabilities,” says Maryanna Saenko, a research analyst on autonomous systems for Lux Research. “And often that’s the space where robotics fits in.”

As the energy industry moves into deeper and deeper offshore waters in search of new hydrocarbon reservoirs, those potential liabilities are magnified. The 2010 Deepwater Horizon disaster, in which a blown wellhead at the BP-owned Macondo Prospect scattered hundreds of millions of gallons of crude into the Gulf of Mexico, served as a stark and very visible reminder of the consequences when bad luck and bad decision-making converge. The more data a company can gather, the better decisions it can make. But gathering that data is a process that is both risky and expensive: Every ship, aircraft, and human a company inserts into the offshore environment is a potential liability.

With Schlumberger’s help, Liquid Robotics is changing the economics of good decision-making in the offshore oil patch. The company didn’t start out with an eye on the energy industry; in 2003, the predecessor to the company’s Wave Glider robot was cobbled together from a kayak and various household items as a means to record the songs of humpback whales near the island of Hawaii. From that original idea came the realization that a self-sustaining, long-endurance maritime robot could find work in a number of other applications, from oceanographic and meteorological research to maritime security and environmental studies.

The company competes directly and indirectly with several others across the globe. Massachusetts-based Bluefin Robotics, owned by Battelle, was called upon to search for Malaysia Airlines Flight 370 in March 2014; Pittsburgh-based Platypus also makes robotic watercraft. LROG appears to be the first joint venture with an energy company. All are vying for a piece of an autonomous underwater vehicle market estimated to be worth $300 million that has growing relevance in an offshore oil and gas operations market worth tens of billions of dollars, Saenko says.

Liquid Robotics has since developed several versions of the Wave Glider. Roughly as long and wide as a large surfboard, Wave Gliders collect all the power they need (for propulsion and its onboard electronic systems and sensors) from the rolling motion of ocean waves and the sun’s rays, courtesy of solar panels on their topside. The robots can remain at sea for months—potentially even years—at a time without requiring service, piloting themselves autonomously and beaming various data back to shore.

Liquid Robotics has roughly 250 Wave Gliders in service around the globe collecting a variety of data. The company sells that data to all kinds of customers, from federal agencies to research institutions to commercial interests. The company is growing at roughly 60 percent year-over-year, says former Liquid Robotics CEO Bill Vass. (Vass was the company’s chief executive when he spoke to Fortune for this story, but he has since moved to an advisory role.) Wave Gliders now ply all five major oceans, the Great Lakes, and various other bodies of water. They monitor weather, collect data for oceanographic studies, and assist in maritime construction of bridges and tunnels. “The variety of things we get involved in is just staggering,” Vass says. The company’s growth continues as the energy industry pushes into deeper waters.

“The idea of using robotics—not just offshore like a Wave Glider, but robotics in general—is a theme Schlumberger is interested in,” LROG’s Nelson says. “We’re constantly looking for ways to do the traditional business lines with fewer people, especially when you get to be offshore. What robots really bring is the ability to do something unmanned, for a really long time, more cheaply. The alternative is to put a ship out there, and thats a much more expensive proposition.”

And less effective. Putting a single crewed vessel in the water to extract data from undersea sensors or gather information on ocean conditions and chemistry can cost tens of thousands of dollars per day, often making it cost prohibitive to put more than one ship in the water in a given area at time. A team of networked robots can share data and gather a more comprehensive picture of the area around a drilling operation or well site.

LROG wouldn’t discuss the price of its services but insists that they cost far less than conventional methods. It’s a recurring theme: neither the company nor its clients would offer much detail about their Wave Glider operations in the name of competition. “Everyone is being a bit cagey about their interest, because if they’re finding a really excellent technology that’s going to lower their costs and up their production while saving them money in a liability sense, they’re probably not announcing it,” Saenko says.

Here’s what we do know: nearly all of the major international oil and gas companies are experimenting with robotic technology, and most are using LROG to do so. Royal Dutch Shell (RDS.A) has used Wave Gliders to collect data from submerged sensors via acoustic modem. France’s Total SA (TOT) has used them to characterize ocean currents off the coast of South America prior to deploying seismic surveying equipment there. And before installing a seafloor pipeline off the coast of Australia, Chevron (CVX) deployed the robots to collect data on water chemistry so it could monitor the impact of its dredging operations.

In all, about a dozen large energy companies are customers of LROG, says Rod Nelson, the firm’s general manager, and each has different ideas on how the technology should be deployed. Some want better current, weather, and wave condition forecasting; others seek to continually monitor ocean chemistry for the telltale signs of hydrocarbons, either for exploration purposes or to detect any potential leaks in their undersea infrastructure. Some even want to use Wave Gliders in the role for which they were originally designed, listening for acoustic signals from equipment on the seafloor and for whales and other wildlife to help mitigate the ecological impacts of their exploration and drilling activities.

Just 18 months into existence, LROG has 50 robots in the water and plans to add 50 more in the coming year to keep up with current demand.  “We’re growing at a pretty fast clip,” Nelson says. “We started a year and a half ago from pretty much zero, and the pace of the activity is doubling or tripling each year. This year has more than doubled the pace of last year, and next year we expect to double again.”

It’s still early days, and there’s still plenty of room for manned vessels, manned submersibles, and manned aircraft in oilfield services. But the benefits are already apparent, and both LROG and its energy industry customers are working to push the limits.

“I would certainly say they’re coming back,” Nelson says of his clients. “Everybody’s come back.”