What social nonprofits can teach the corporate world 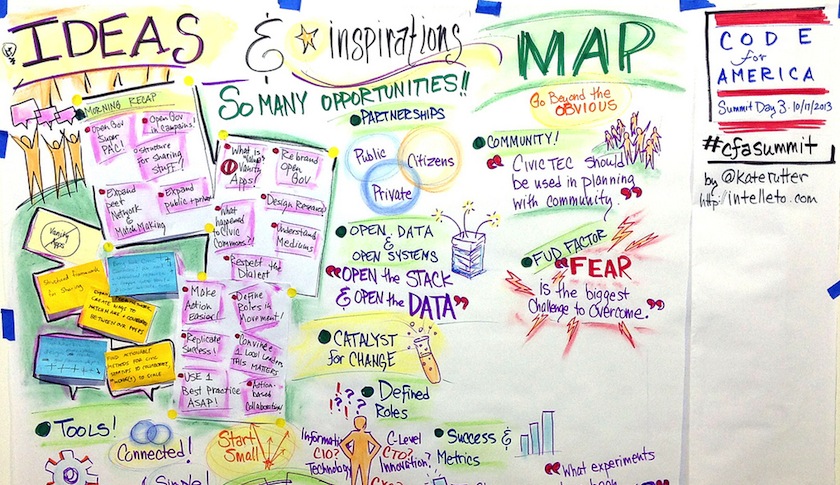 The City of Oakland was struggling to respond to requests for public records. Without an effective tracking system, staff duplicated work, and slow responses created tension with residents.

In San Francisco, recipients of food assistance often lost benefits and had to reapply, burdening staff and causing personal crises for needy families.

In 2013, both cities solved these problems by working with Fellows from Code for America (CfA) to build applications that made better use of the data they already had.

Nonprofits, social enterprises, and civic organizations have long had to do more with less and master the art of influence without power. In some ways, they are ahead of most other organizations in developing the ability to work within the type of flexible, ever-changing network of partners that will become more common in the coming years.

As a nonprofit, CfA has mobilized a network of thousands of volunteers, government officials, civic organizations, and entrepreneurs in cities across the U.S. to improve city life through code. Among their projects: providing real-time access to mass transit arrival times, making it easier for small businesses to navigate local policies, generating flood risk maps to help citizens stay safe, giving residents visibility and input into land-use planning, and putting health inspections on restaurants’ Yelp reviews.

What manager wouldn’t like to accomplish more, and more quickly, using fewer resources? Any of the city projects might have taken years of planning, approval, development, and implementation under the approach typically followed by governments and large enterprises. Instead, they were done rapidly, often through volunteer developers, and made available to other cities to modify and redeploy as needed.

Of course, for-profit enterprises aren’t going to use volunteers to create their IT systems, but they may need to collaborate with other groups to do things like product design and manufacturing to marketing and customer support. They will need to build trust and influence with others, including their customers, and still capture enough benefit to remain profitable.

These are the fundamental questions hidden in the stories of the sharing economy: Who gets credit? Who gets revenue? Who has rights to the assets, particularly around things like data and intellectual property if new products or services are created? The lessons from organizations like CfA cannot provide all of the answers, but private firms can look to the social sector for guidance:

Test small and cheap: For RecordTrak, the records request system, CfA fellows initially tracked the most frequently questions by scraping emails and call centers and applying rough analytics to that data. CfA efforts, whether through the fellows or volunteers, employ the lightest weight technology possible in part by de-emphasizing the app or the technology and maintaining the focus on people and their needs.

Don’t push relationships, invite them: Rather than actively solicit participation in projects from city governments, CfA only engages with cities that have sought them out and will “put skin in the game.” Cities have to provide 50% of the funding for a project and arrange matching for the other 50% through investors, community groups, or private firms. CfA focuses its efforts on advocating for open data and lets word of mouth eventually bring interested city innovators to them.

Mobilize through challenges: Organizations can draw in individuals and other groups through challenges. By posing intriguing questions, rather than providing answers, people are often intrigued and get excited to be part of solving challenging problems.

Develop a system for participation that acknowledges participants’ different needs: A yearlong fellowship program supports CfA’s main projects with local governments. Challenges provide a way for corporations (and employees) to engage. CfA’s City Brigades are groups of largely self-organized, self-directed volunteers who modify and redeploy code from fellowship projects and support open data initiatives in their community. The Peer Network connects innovators across local governments to share ideas and practices. Finally, some fellows stay on in an incubator program to develop their project work into a product after the project’s conclusion.

Ensure all participants have an incentive: A zero-sum game, where one participant’s gain comes at a loss for another, will only undermine trust. This is what happens when groups try to collaborate in a fixed market and view a project as a division of spoils. When projects are recast as learning opportunities, there is space for many more participants because it is an expanding rather—than zero-sum—game. The opportunity to learn skills faster and to make a tangible impact on a problem underlies the participation in CfA. CfA developers are also encouraged to think in terms of building ongoing platforms, rather than one-off solutions, so others can benefit from the results.

Create a compelling narrative and commit to it: Code for America may not call it a narrative, but it has a compelling tagline, to “build a government by the people, for the people, that works in the 21st century.” It reflects the organization’s belief that technology allows people to engage in government in a way not previously possible and that individuals must participate to determine the outcome. CfA demonstrates commitment by creating the conditions for others to participate. It shows seriousness through dedicated, ongoing advocacy for open data policies and a commitment to guide cities through the process of passing an open data policy, deploying a data portal, and releasing data in standardized formats. CfA also shows commitment to providing guidance to Brigades and training Brigade captains—including bringing them physically together once a year for learning. Without action, narratives, like mission and vision statements, are just words on a page.

Every for-profit enterprise will think about the relationship between trust, influence, and their organization’s performance differently. The lesson from social enterprises is to think more broadly about these things and to focus on goals that lead to new opportunities for everyone in the community.