Sunday’s World Cup final will be an all-Adidas affair 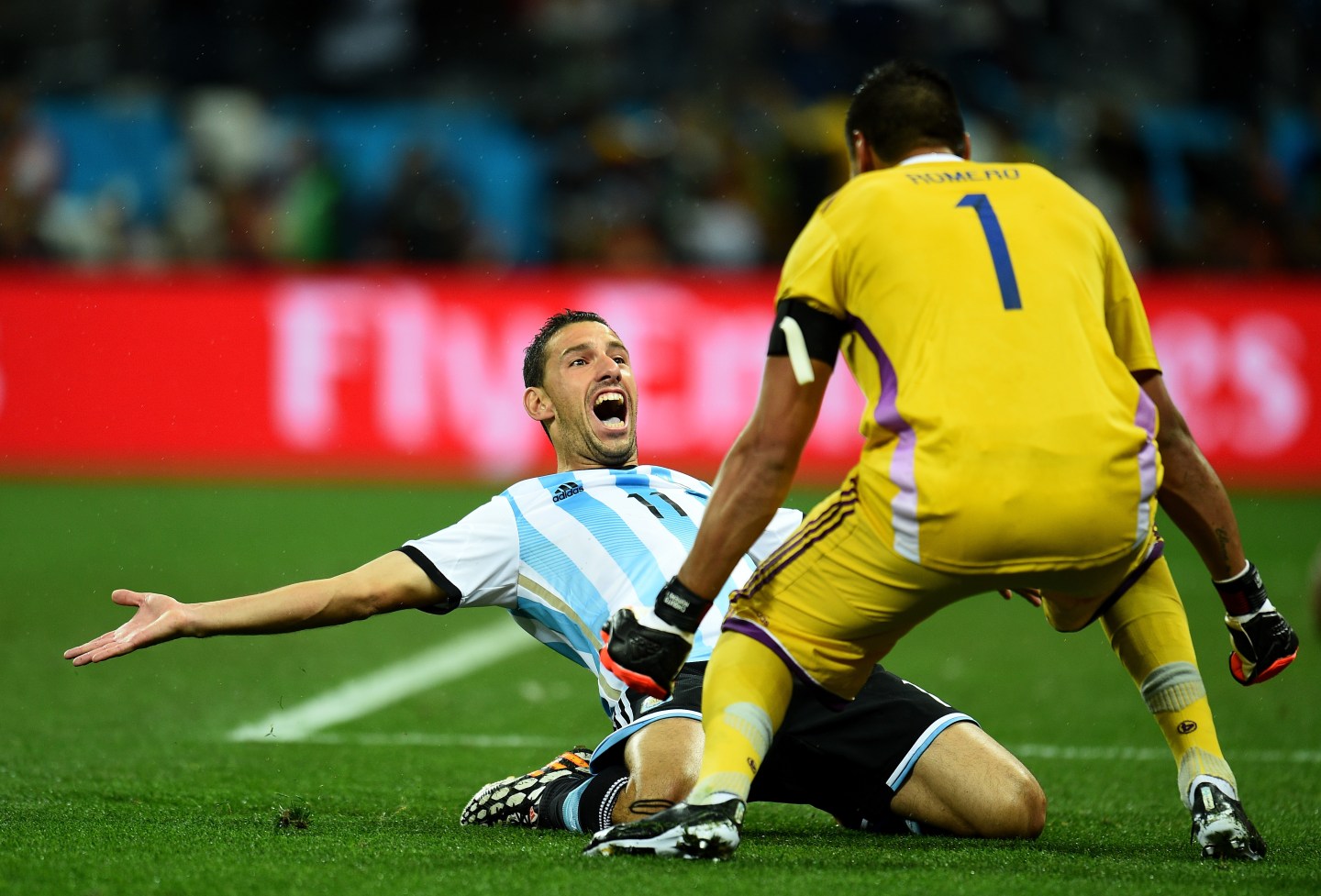 Maxi Rodriguez, left, of Argentina celebrates with Sergio Romero after scoring a penalty to win in the penalty shootout during the 2014 FIFA World Cup Brazil Semi Final match between Netherlands and Argentina.
Shaun Botterill, FIFA—Getty Images

Argentines and Germans are obviously pleased as punch that their national teams will be playing in the World Cup final this Sunday. Another group that’s excited for the match up? Adidas executives.

The German sportswear company made the uniforms for both countries, keeping rivals Nike and Puma out of the spotlight for the final game at the Maracanã stadium in Rio de Janeiro.

Nike (NKE), meanwhile, will star in the third place game, as it made the jerseys for both semi-final losers, Brazil and the Netherlands.

Adidas (ADS), Nike and Puma made the uniforms for all but five teams at the World Cup. Only two teams who made the knockout rounds used a different manufacturer: Belgium, which used Burrda Sport, and Cost Rica with Lotto.

To see who made your country’s shirts, check out this graphic.