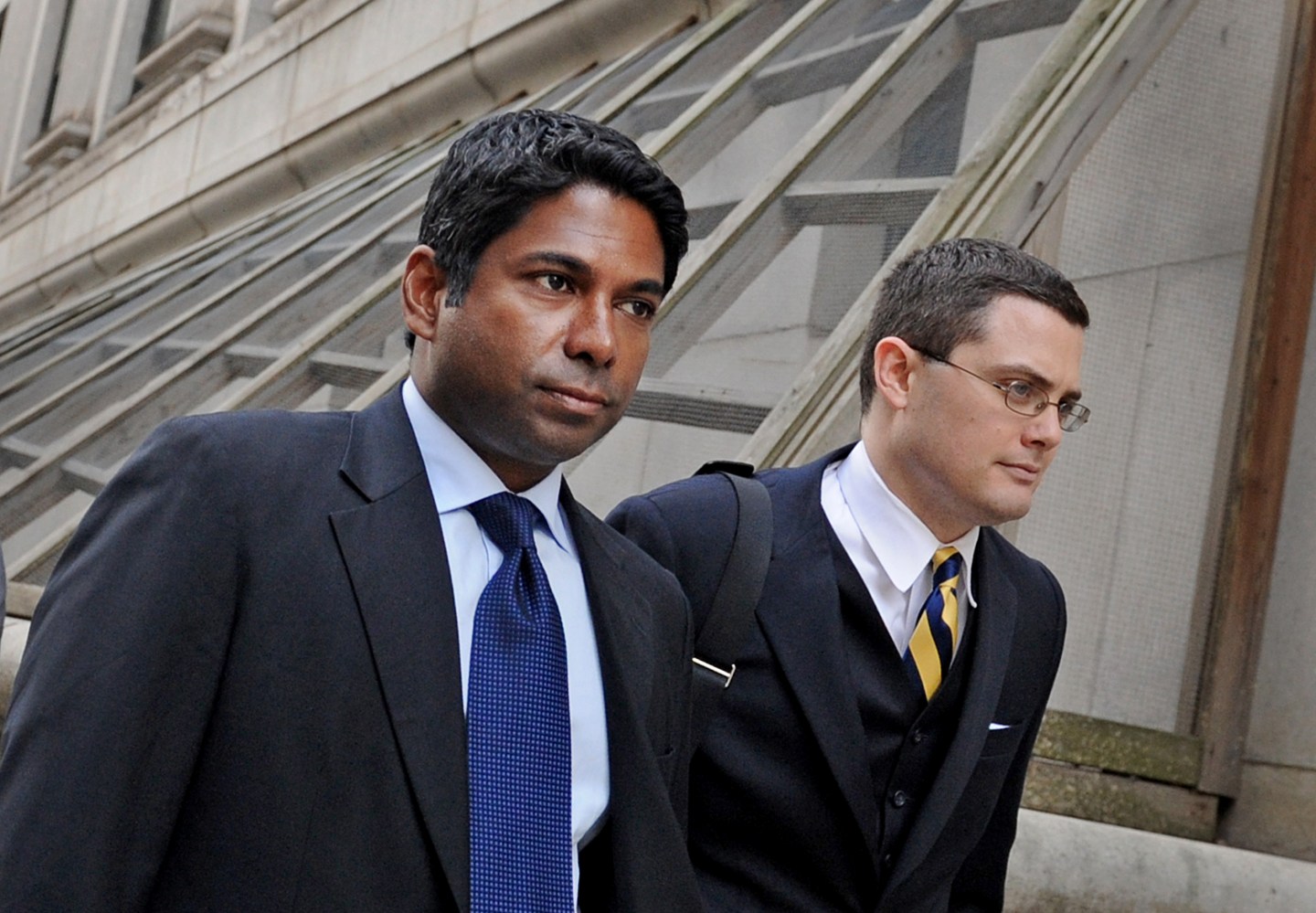 A jury said Tuesday afternoon that Rengan Rajaratnam is not guilty of conspiracy to commit insider trading, CNBC reports.

The verdict comes a week after a federal judge threw out two securities fraud charges against the younger brother of convicted insider trader and Galleon Group co-founder Raj Rajaratnam. Multiple additional fraud charges against Rengan had previously been thrown out in May, leaving only the remaining conspiracy charge on which he was acquitted Tuesday by the New York jury.

The judge in the case had dismissed the other charges after deciding that not enough evidence existed to suggest that Rengan knew he was receiving illegally-obtained information before making trades of Clearwire and Advanced Micro Devices. The reasoning of the judge and jury ran counter to U.S. prosecutors’ argument that wire-tapped phone calls featuring Rengan referring to a provider of inside information as a “scumbag” and “a little bit dirty” are evidence that the younger Rajaratnam brother knew he was receiving illegal tips.

A former hedge fund manager who previously worked at Galleon as well as at Steven Cohen’s SAC Capital Advisors, Rengan had been ensnared in a massive insider-trading case that has so far resulted in dozens of people pleading guilty, or being convicted.

Raj Rajaratnam was convicted in 2011 and is currently serving an 11-year prison term for his role in the scheme, which also resulted in a two-year sentence for former McKinsey head and Goldman Sachs board member Raj Gupta. (Both Gupta and the elder Rajaratnam are included in Fortune‘s recent ranking of infamous white-collar criminals currently serving time.)