Can a new brand of unions help America’s workers? 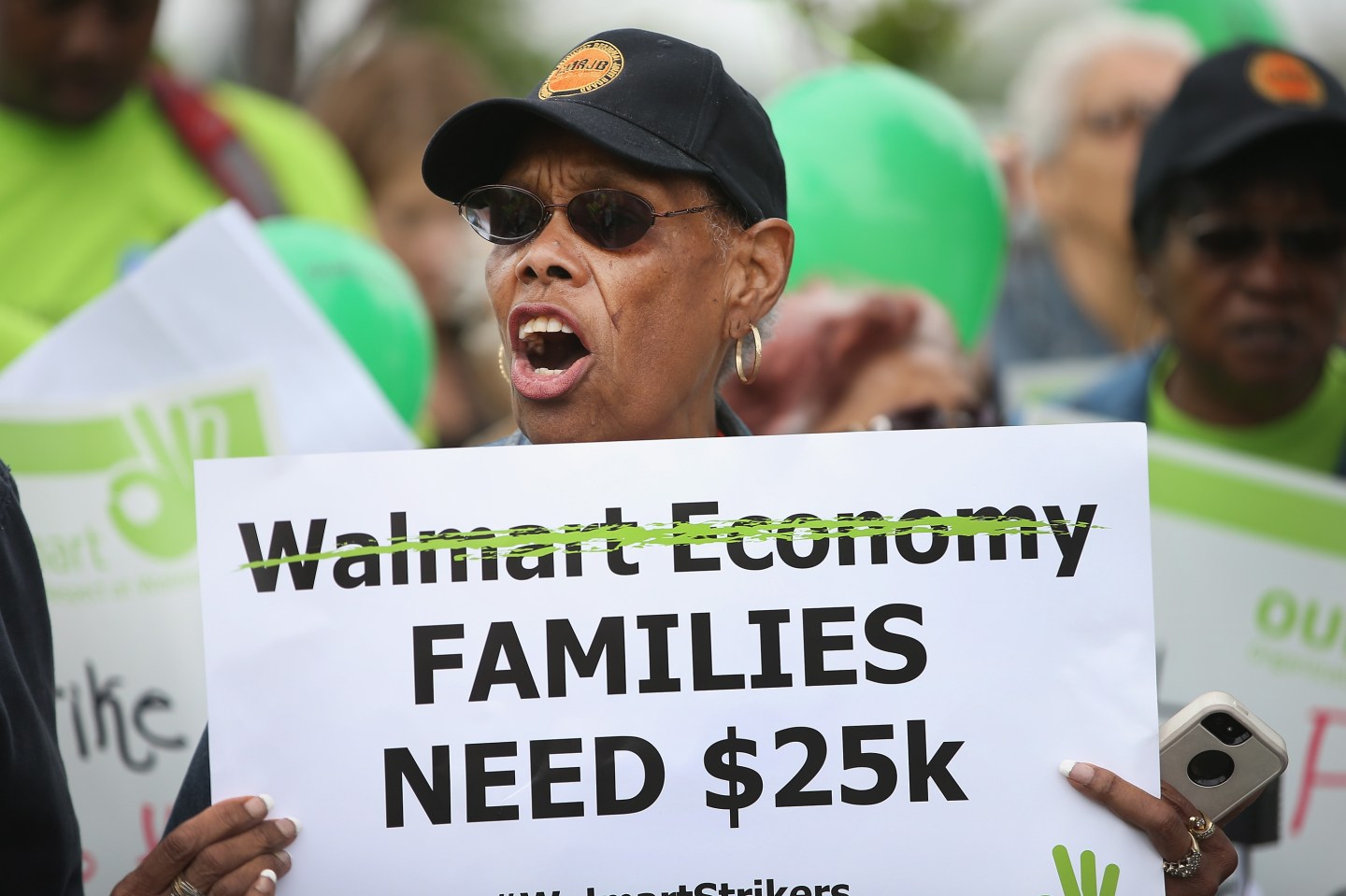 Hardly a day goes by when American unions are not attacked from some quarter: Last week, the Supreme Court weakens unions representing home care workers, one of the lowest paid and fastest growing occupations. This follows another ruling struck earlier last month in which a California judge threw out teacher tenure, due process and seniority rules under the dubious theory they are the cause of persistent inequality in education outcomes. And in 2011, Wisconsin’s governor decimated public sector unions by taking away state and local government employee rights to collective bargaining, reversing a policy in place since 1959.

It’s clear that for years most private sector employers have successfully fought union organizing and collective bargaining using every legal delaying tactic and in many cases illegally firing workers. Wal-Mart (WMT),the nation’s largest private employer, is the most visible case in point. By deploying its union-fighting swat team from corporate headquarters to any store that shows signs of worker protest, it has remained 100 % “union-free.”

The result: Now down to representing only 7% of private-sector workers, America’s unions and collective bargaining are no longer able to provide workers the power they need to redress workplace injustices or achieve a fair share of the economic growth they help generate.

But America desperately needs a vibrant, innovative, growing, and yes powerful, set of organizations that give voice to and represent workers with their employer and in social and political local and national discourse. No democracy in the world has been sustained over time without some independent institution that stands up for and advances worker rights, interests and economic welfare. Moreover, there is an almost perfect correlation between the decline in union representation and the rise of income inequality.

Having said this, we should not be nostalgic. Trying to recreate unions in their mirror image would be both futile and ill-conceived. Instead, America needs to invent, support and grow a new and renewed labor movement that fits the needs of today and tomorrow’s workers and economy.

The good news is a wide range of experiments with new forms of mobilization and worker representation is now underway inside and outside of the labor movement.

Unions in the utility industry, health care and manufacturing industries are using knowledge and skills as the key source of worker power by expanding apprenticeship training, creating partnership with community colleges, vocational schools, and employers to fill the “middle skills” gaps that exist today or will grow as skilled baby boomers retire.

Unions at Kaiser Permanente, Harley Davidson (HOG), Southwest Airlines (LUV), ABC School District in Los Angeles and others are building and sustaining partnerships with employers to improve performance, quality and working conditions. These, and partnerships like them, have demonstrated they are good for employers, workers, customers and communities.

A growing number of union leaders and community activists are engaging local level business, political and other leaders in multi-party negotiations on issues critical to their local economy and workforce. In May, Seattle struck a multi-party deal to gradually increase of its minimum wage to $15 an hour.

Worker advocates are reaching out to customers interested in both good products and services and good jobs for those who produce or deliver them. This is a key to the success of the Restaurant Opportunities Centers, a group that emerged out the 9/11 tragedy in New York and asks customers to join them in rating restaurant food quality while inquiring about the quality of the jobs of those who prepare and serve their meals.

Employee associations in education, hospitality and other industries are learning from the Freelancers Union in New York to offer benefits like health care, career counseling and job opening information. In doing so, they are inching toward models that provide “life-long” individual memberships rather requiring a majority of workers in a specific firm to vote for representation in order to gain one new member, only to lose that member when he or she leaves the job.

Other groups are experimenting with use of social media to inform, educate and mobilize workers—especially young workers. Young worker groups are working with the AFL-CIO to leverage online education by supporting university courses that educate workers about what they individually and collectively can do to navigate successfully in today’s labor markets and work together to build the next generation of labor organizations.

The Steelworkers Union and others are promoting alternative corporate forms like employee ownership, cooperatives, Benefit Corporations, private equity firms that respect worker rights and value their contributions in turnaround situations. The Auto Workers led the effort to create a works council at Volkswagen.

What’s more, a number of unions on college campuses are allying with non-governmental organizations, such as United Students against Sweatshops to hold corporations accountable for enforcing labor standards throughout their global supply chains.

At the national level labor, movement leaders are drawing on the research of think tanks and academics in advocating for public and private investments in R&D, infrastructure and education—the investments that hard evidence shows creates jobs, builds human capital, and increases competitiveness and productivity.

Finally, a growing number of union leaders are abandoning the futile efforts to achieve incremental reforms of the current ossified and defunct labor law and instead are calling for opening up labor law to encourage and protect workers who experiment with these and other more fluid and varied activities free from reprisals. Once sufficient evidence is gained on what works and what doesn’t, a new national law might be constructed to bring the best performing models to national scale.

So America, it is time to stop fighting all forms of worker voice and representation and instead stand with workers seeking to regain their rightful voice and a fair share of the prosperity they help to generate.

Thomas A. Kochan is a professor of industrial relations, work, and employment at the Massachusetts Institute of Technology’s Sloan School of Management. He is author of the book, Restoring the American Dream: A Working Families’ Agenda for America.