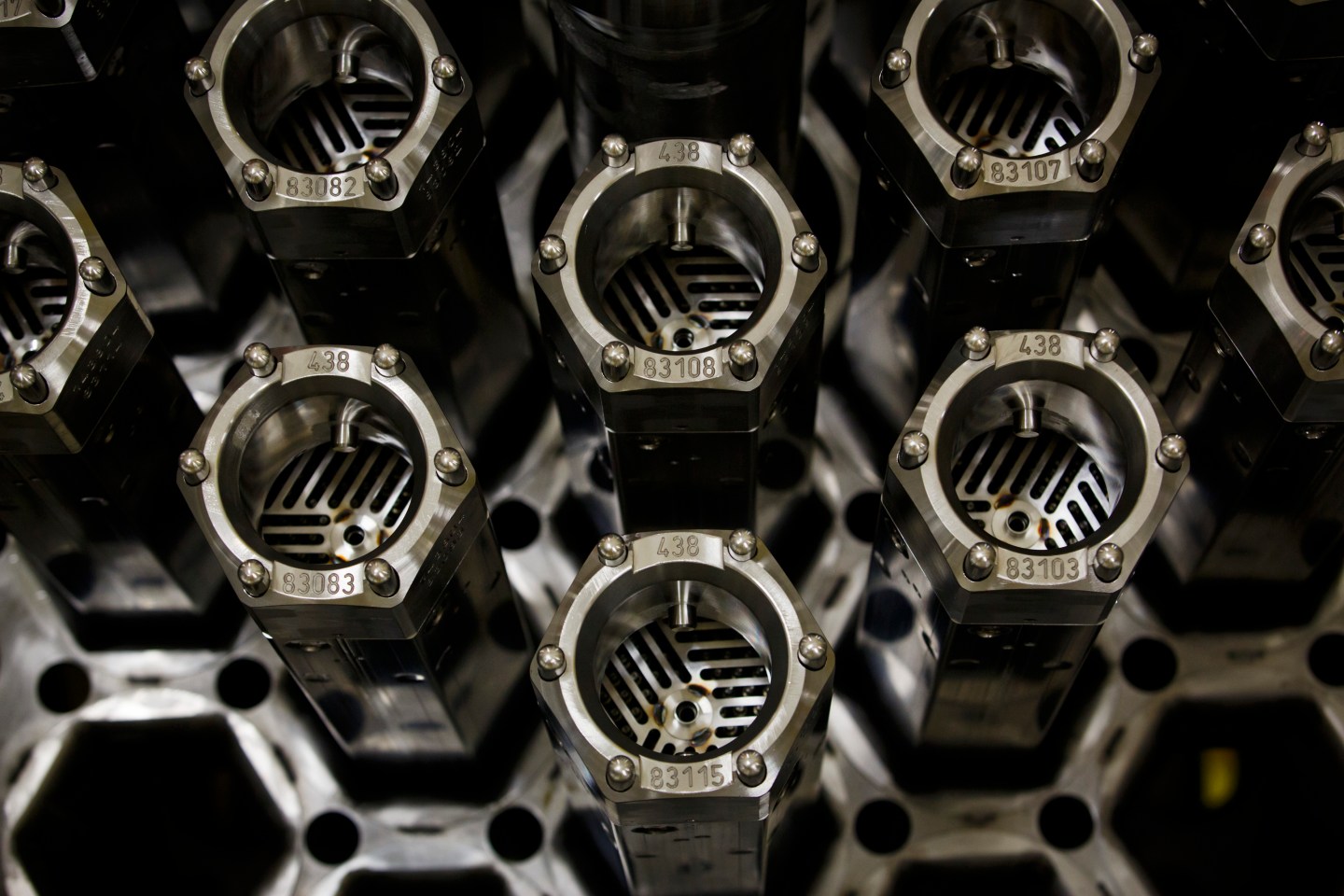 Nothing captures how fashionable the startup has become quite like crowdfunding. The craze for raising contributions via websites like Kickstarter and Indiegogo is helping to launch companies from scooter manufacturers to lightbulb vendors to filmmakers.

Now, even nuclear fusion is game.

Yes, the Holy Grail of cheap, clean, safe, plentiful, low-carbon energy that has remained 40 years in the future since scientists proposed it over half a century ago has entered the crowdsourcing era. International government projects like ITER in France and the National Ignition Facility in California may have spent billions of dollars in pursuit of the technology, but that doesn’t mean there can’t be a little grassroots action, too.

LPP Fusion, a tiny company based in Middlesex, N.J., launched in May an Indiegogo campaign to raise $200,000—loose change in this business—that it believes will help it reach a major fusion development milestone in a year and commercialize fusion reactors by 2020.

LPP (it stands for “Lawrenceville Plasma Physics“) is representative of a new class of companies emerging to address the world’s energy crisis: Nuclear startups. Dozens of small new reactor companies are either chasing the elusive fusion dream or pursuing fission designs that trump those on the market today. All are promising to deliver a knock-out blow to the carbon-intensive fossil fuels that bedevil the world with environmental impact and volatile geopolitics and economics. Many of these innovative firms are positioning their reactors not just for electricity, but also to provide clean heat for high temperature industrial processes and for water desalination.

While LPP might be the only crowdfunded member of the group, it is determined like its young peers to shake up the staid nuclear industry. Reactor designs have not fundamentally changed since utilities first connected fission machines to the grid in the 1950s, marking a conservatism that has mired nuclear in the era of black-and-white television while colorful possibilities abound. The startups aim to brighten the palette.

For LPP, that would mean not only delivering fusion—melding atoms together rather than fission’s waste-creating process of splitting them apart—but it would also eliminate the time-honored need for costly turbines and generators. Nuclear power, including most fusion concepts, functions mechanically the same way fossil fuel plants do by creating heat to produce steam to drive a turbine. LPP is working on a type of fusion called “aneutronic” that emits charged particles for electricity.

“The nuclear industry is stuck using the same method for making electricity that utilities have used since the days of Thomas Edison—generate heat to make steam to drive a turbine and generator,” says Eric Lerner, president of LPP Fusion. “We can change all that. We can convert energy directly into electricity and slash costs.”

First, he’ll need the $200,000 he seeks on Indiegogo (he has until July 5 to raise it), which would buy him some fancy new beryllium electrodes that would withstand rigors far better than the copper variety that LPP has been using. He hopes to install them by the end of this year in his experimental fusion reactor, which Lerner operates at the Friendly Storage premises in Middlesex, a place otherwise full of surplus boxes and furniture.

Lerner is boldly confident that the beryllium would by the middle of next year enable his lab to overcome the problem that has vexed fusion projects forever: It would harness more energy out of its reactor than what goes into it. Additional financing might then rush in. LPP will need $50 million in total, virtually nothing next to the nearly $18 billion that ITER has budgeted for only the next 10 years of an expected 30 years of construction and development of a 20-story “tokamak” facility.

With the financing, Lerner believes that by 2020 he could license the mass-production of small $300,000-to-$500,000 fusion machines—each the size of a one-car garage—with a capacity of 5 megawatts, enough to power 3,000 houses.

If only he had the wherewithal of rival fusion startup Tri-Alpha Energy, which has rounded up over $140 million from Goldman Sachs, Microsoft co-founder Paul Allen, and Russian state-owned company Rusnano, among others. Like LPP, Irvine, Calif.-based Tri-Alpha hopes to develop an aneutronic machine that delivers electricity without using turbines.

ITER and NIF, the government groups, are taking a more “conventional” fusion approach, aspiring to drive turbines with heat released by fusing isotopes of hydrogen. (In contrast, an aneutronic process tends to fuse standard hydrogen and boron.) So, too, are a number of startups that believe they can crack fusion long before the big science projects do by developing smaller machines (NIF’s facility is 3 football fields long and 10 stories tall) and deploying different technologies.

“We liken it to the Human Genome Project or SpaceX, where large government programs were ultimately outrun by more nimble and more practical innovation in the private sector,” notes Nathan Gilliland,  CEO of General Fusion near Vancouver, Canada. General Fusion has raised $32 million from sources including the Canadian oil company Cenovus and Jeff Bezos, Amazon’s chief executive.

As intriguing as fusion is, there is probably more startup activity in fission, where novel approaches promise great improvements over the industry’s addiction to fissioning solid uranium fuel rods then cooling and moderating them with water.

A host of startups are experimenting with different approaches including the use of liquid fuel, the use of solid fuel with different shapes (such as bricks or pebbles), and the use of alternative coolants and moderators such as salts and gases. Many of the designs draw on ideas that politics suppressed decades ago. Some, like Bill Gates-chaired TerraPower in Bellevue, Wash., are designing “fast reactors” that don’t moderate neutrons. Some envision using the element thorium instead of uranium.

“There is a growing market pull for innovation in the nuclear space, so you’re beginning to see a blossoming of startup companies doing different things in nuclear,” says Simon Irish, CEO of startup Terrestrial Energy, Mississauga, Canada, which is developing a “molten salt” reactor (MSR) based on liquid fuel.

Many observers believe that countries other than the U.S., such as Canada and China, will deploy first. Beijing is funding innovative Chinese fission projects, with collaboration from the U.S. DOE. Meanwhile, Western companies seek funds. Like Cenovus at General Fusion, more oil companies might pony up, because they want clean heat to process petroleum. As Fortune reported last month, a lack of industry funding appears to have slowed progress in DOE’s mission to develop an advanced reactor.

LPP Fusion doesn’t seem to be worried. For the young company, the next financing stage could simply be a matter of warming up the crowd.