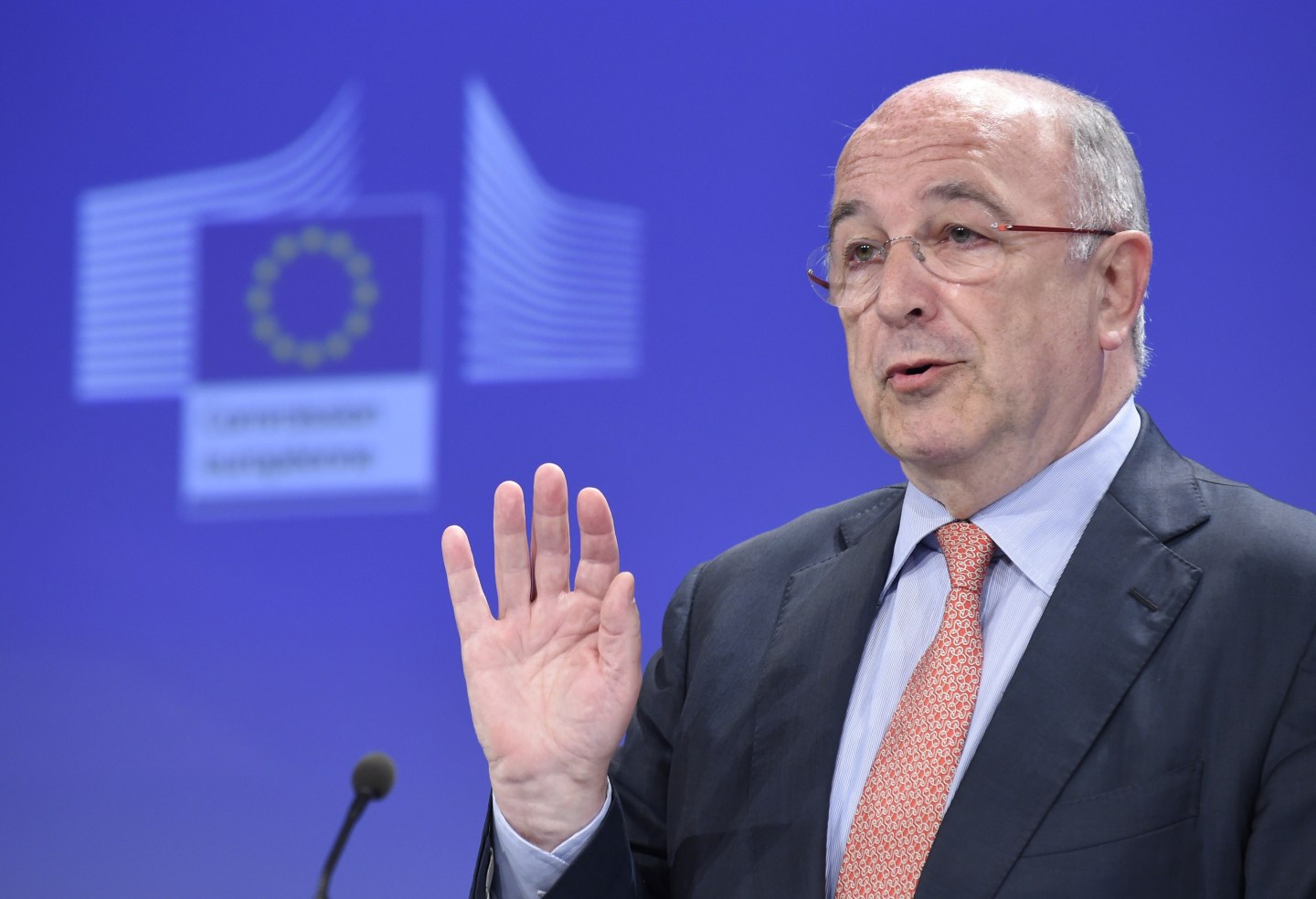 Competition Commissioner Joaquin Almunia had agonized over approving the deal on competition grounds, since it would have cut the number of competing nationwide mobile operators to three from four.

Previous telecoms mergers in other, smaller E.U. countries had led to reduced choice and higher prices for customers, creating the impression that such mergers raised the risk of cartel-like behavior by the operators.

The deal significantly strengthens Telefonica’s position in the German market, the E.U.’s largest, as it will now have a market share of around 30%.

However, the deal had political support from German Chancellor Angela Merkel, among others, who have been anxious to attract new investment into the country’s telecoms infrastructure. It was also supported by most of the European telecoms industry, who argue that further consolidation is necessary to restore falling profitability.

The Commission’s approval is conditional on Telefonica making 30% of the merged group’s network capacity available to competitors. In June, it had already taken the first step towards that goal, selling 20% to start-up mobile network provider Drillisch AG.