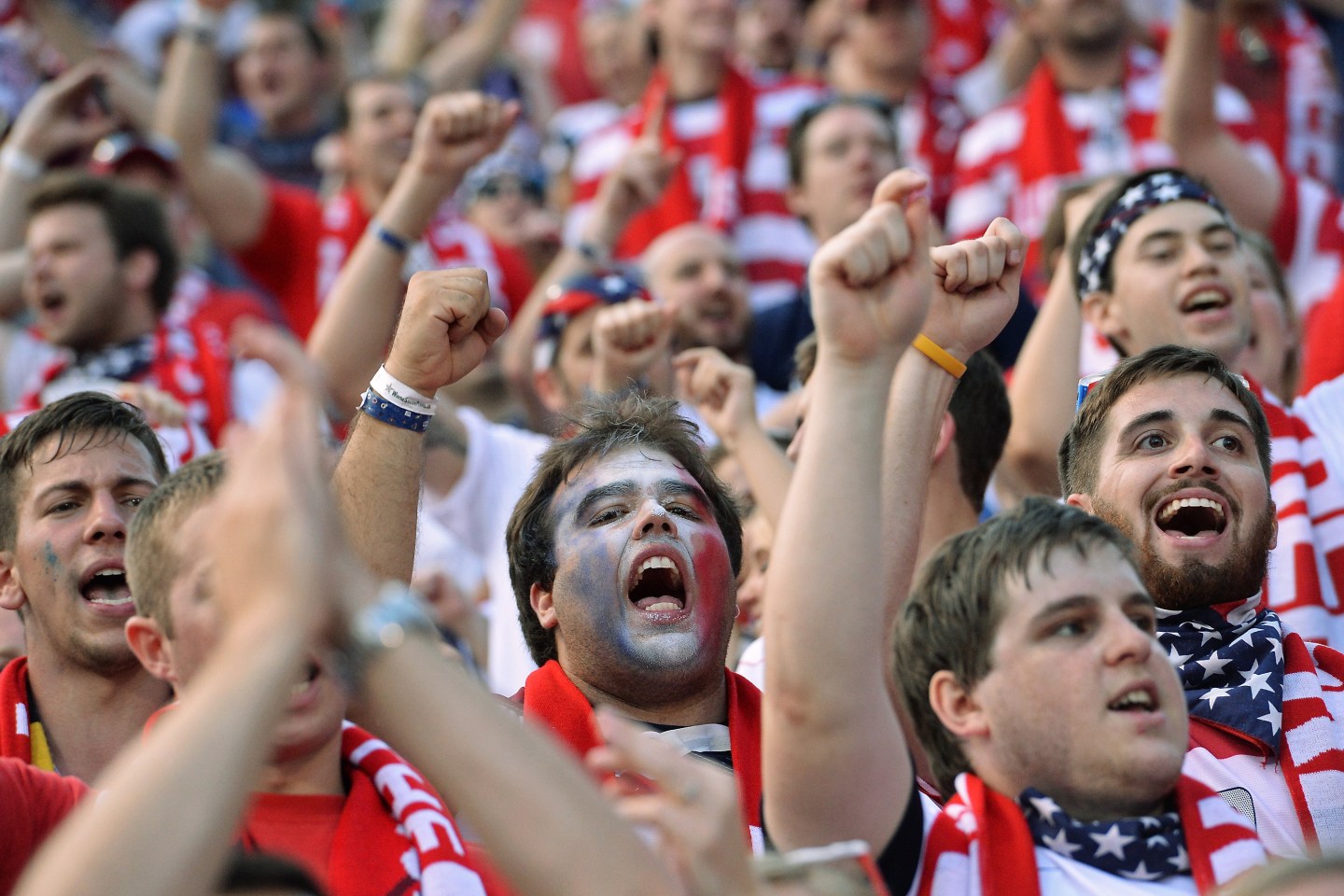 Forget about big deals. For much of Thursday afternoon last week and then again on Tuesday, corporate America put down the phones to watch Team USA — and now there’s data to prove it.

Study after study touts the billions of dollars lost during the World Cup as workers tune out email and turn on their televisions — or live stream. And some soccer-crazed countries have gone to extremes to make sure citizens can tune-in without interruption (See: Ghana).

However, these articles and estimates tend to focus on areas beyond the good ‘ole red, white and blue. America has never been known for its futbol-loving fans. But, it looks like the tide is starting to turn.

One way to judge that? Conference call data.

During Thursday’s game, U.S. call volume took a nose dive, dropping an average of 7% compared to the same time a week earlier, according to data collected by InterCall, a conference calling service. The drop started at kickoff and continued to fall until it bottomed out in the final minutes of the match, when call volume fell 11%.

Even more interesting, though? It looks like workers tried to cram in early morning meetings to make up for the long lunch. Meeting volume was up 10% in the early business hours before Team USA took the field. when compared to the prior week, Citrix reported.

The obsession spread as USA moved past the round robin stage into the knockout game against Belgium — and at that point workers didn’t even feign productivity ahead of time. Citrix’s meeting volume dropped 20% during Tuesday’s match without any noticeable uptick prior to game time.

And, it’s probably safe to assume many of those workers didn’t make it back to their desks afterward.