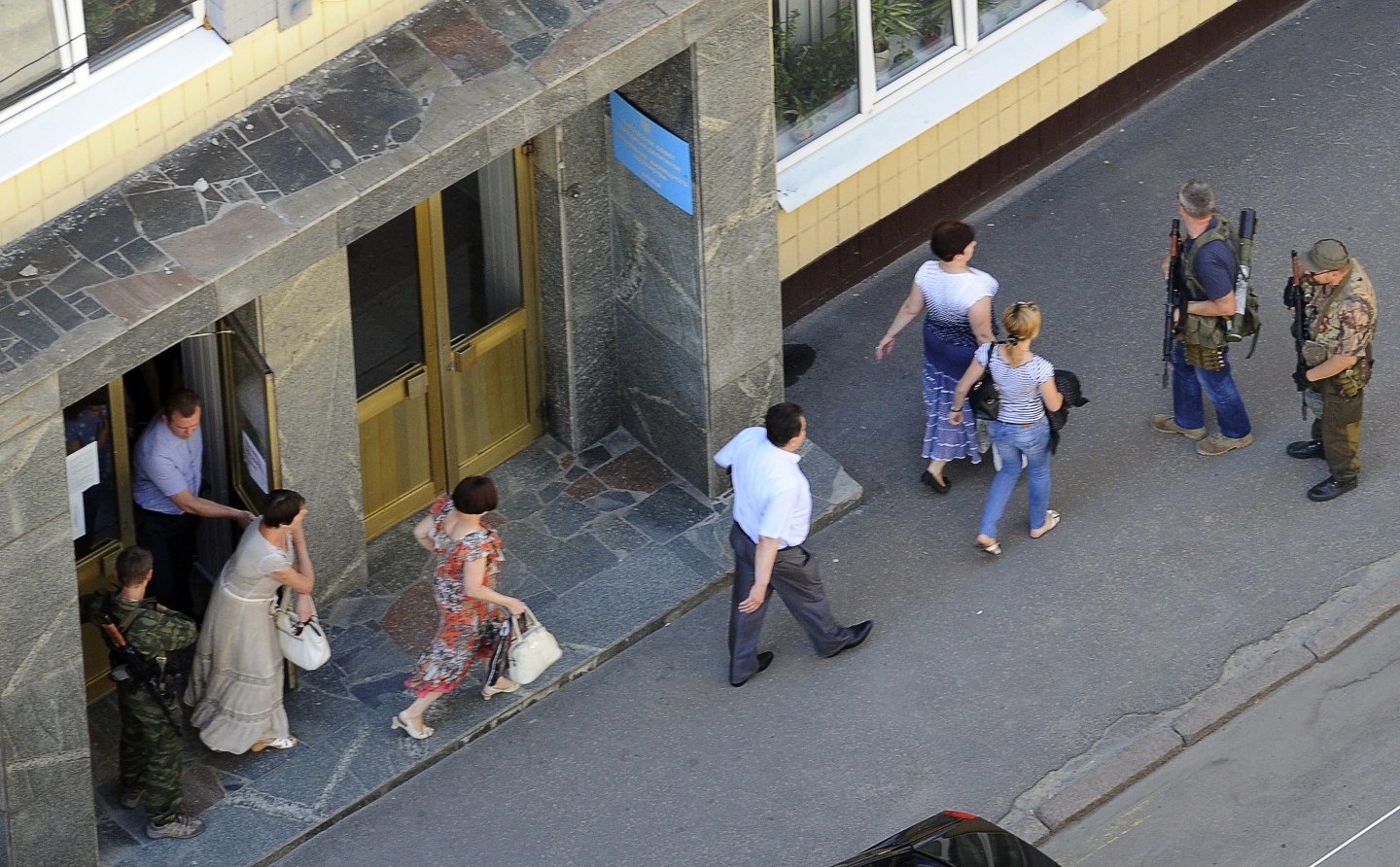 The European Union Tuesday ducked a decision on new sanctions against Russia, after a deadline for implementing a peace plan in Ukraine expired without its demands being met.

An E.U. source said the decision had been put off after a meeting of senior diplomats Tuesday because “the situation on the ground is still fluid”, and the efforts of French President Francois Hollande and German Chancellor Angela Merkel to mediate were still ongoing.

“The (E.U.) council will continue to monitor the situation. Meanwhile, preparation for further individual restrictive measures will be intensified,” the source said.

The heads of government from the E.U’s 28 member states had threatened fresh action if Russia failed, by Monday night, to guarantee four key points, including the restoration of Ukrainian control over  key border crossings, the release of hostages, and substantial progress in securing and monitoring a proper peace, to be monitored by the Organisation of Security and Cooperation in Europe.

Although pro-Russian separatists have now released four OSCE observers they were holding hostage, it was unclear Tuesday how much control Ukraine had regained over its border.

Ukrainian media cited an artillery officer as saying they had killed at least 250 fighters in a barrage in the region of Slavyansk. Russian media reported that the victims of the attack included four passengers of a bus.

Speaking to Russian diplomats in Moscow, Russian President Vladimir Putin blamed Poroshenko for walking away from the road to peace, saying he had “taken upon himself full responsibility, not only military, but also political responsibility,” for the situation.

“I want everyone to understand that our country will energetically uphold the rights of Russians, our compatriots abroad, to self-defense,”  Putin said, echoing his words from March, when Russian forces overran and annexed the Ukrainian region of Crimea.

The ruble fell to its lowest level against the dollar in a week Tuesday in response to the resumption of hostilities, while Russian equity markets were mixed. Both have largely recovered the levels they were at before the crisis erupted.