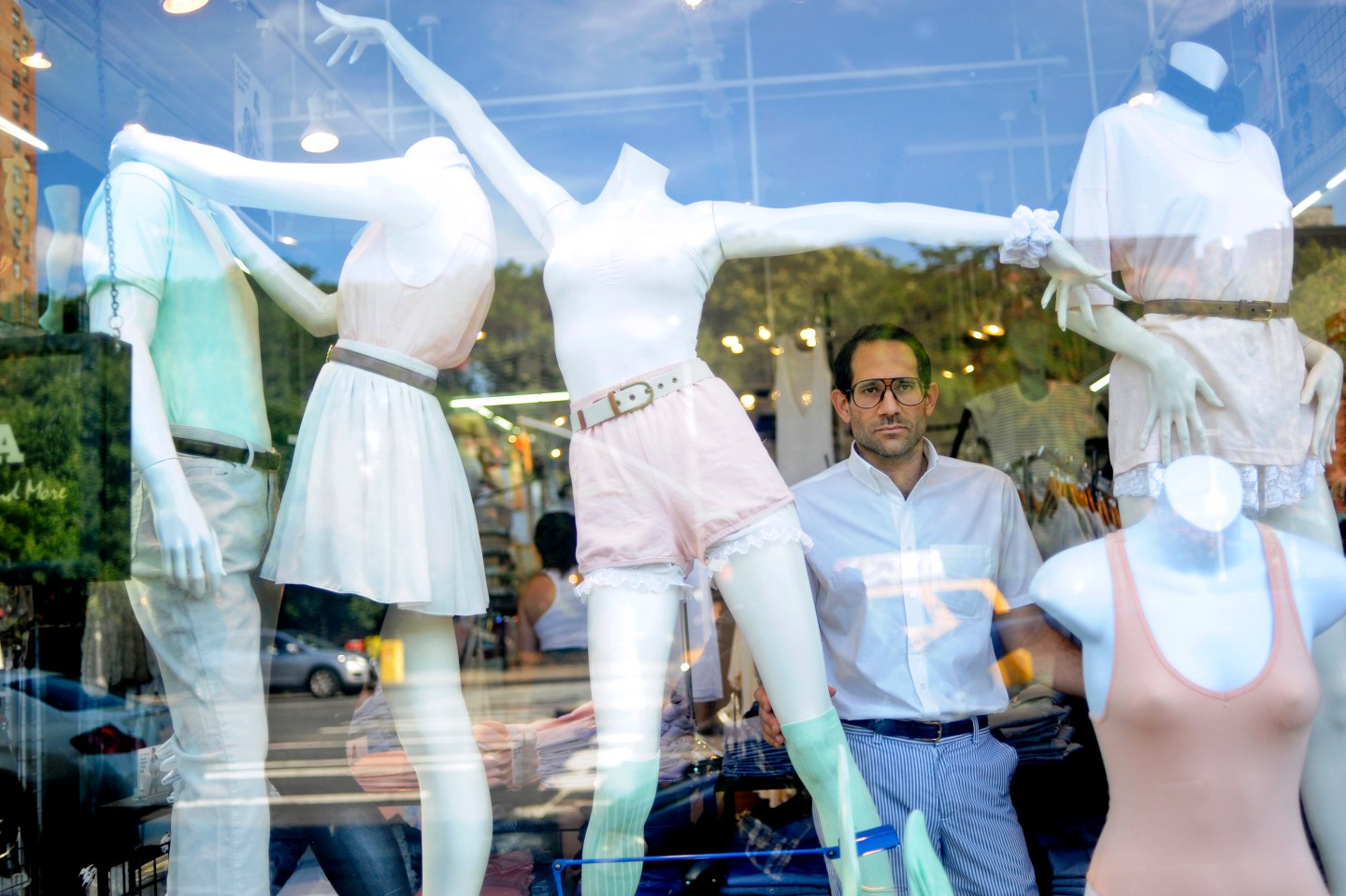 The war between American Apparel (APP) and its ousted CEO Dov Charney just keeps getting nastier.

The struggling clothing retailer roundly rejected Charney’s call for a special shareholder meeting to more than double the size of its board to 15 directors, calling it “invalid and improper.” The company added that the request was merely intended “to further Mr. Charney’s own self-interest.”

American Apparel said it received Charney’s request for the meeting on Friday, a day before it said it had adopted a one-year “poison pill” intended to prevent Charney from regaining control of his 249-store casual clothing chain. To further stymie Charney, American Apparel amended its company bylaws to make it more difficult for outsiders to nominate directors.

Charney, who owns 27 percent of American Apparel’s outstanding shares, disclosed in a Friday regulatory filing that it is working with New York investment firm Standard General to amass a controlling stake in the retailer. That stake, plus a bigger board that would include more sympathetic directors, would conceivably let the Montreal-born clothier get back in the driver’s seat at American Apparel.

Two weeks ago, Charney was stripped of his chairman role and removed as CEO in a stunning boardroom coup after the company alleged he had engaged in misconduct. Over the years, Charney has fended off accusations of repeated sexual harassment of employees and of discriminating against less attractive staff on the grounds that they undermined the “AA aesthetic.” In the last year, the company’s financial performance has deteriorated. It has had a cumulative net loss of some $270 million since 2010, and earlier this year, avoided a cash crunch by selling stock.