Investors bet big on GoPro, driving its shares up more than 30% 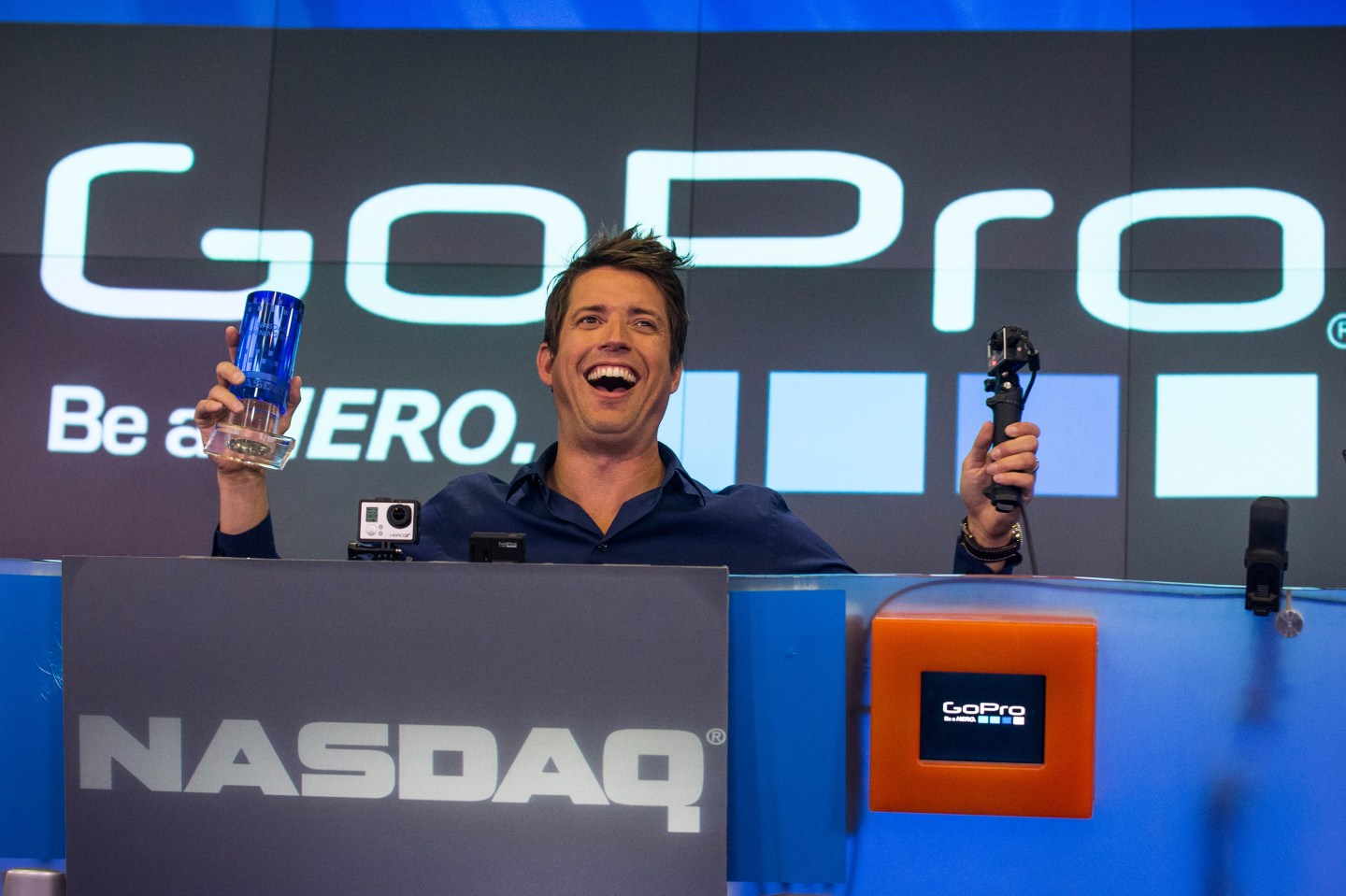 GoPro has charmed investors. Shares of the camera maker, whose devices enable extreme-sports lovers to catch the best waves and sweetest jumps, climbed more than 30% in their first day trading Thursday after its initial public offering.

GoPro had priced its IPO at $24 a share, which valued the company at almost $3 billion. They ended up at $31.34 at the close. That places GoPro’s market capitalization at almost $4 billion. The company trades under the ticker “GPRO.”

The lightweight mountable cameras retail from $200 to $400 and have attracted a wide following over the 10 years since CEO Nicholas Woodman founded the company. GoPro sold 3.8 million cameras last year at a 37% profit margin and recorded four straight years of profits.

But, the camera seller doesn’t expect to remain tied only to its device-making heritage. GoPro pitched itself as a media company during its IPO tour, and its valuation at three times 2013 sales is more in line with the likes of other content makers, such as the Walt Disney Company (DIS) and 21st Century Fox (FOX). Camera-makers such as Canon (CAJ) and Nikon typically command half that value.

GoPro has signed content deals with Microsoft (MSFT) for a channel on Xbox Live as well as with Google (GOOG) for a YouTube channel (that now has about 2 million subscribers). It has also struck a deal with airline Virgin America to show its material.

Buyers should be wary, though. While all companies have risks, GoPro comes with a unique set.

For one, GoPro doesn’t expect sales from content to be much to speak of this year. Its vision for the future of content — and revenue from the user-generated material — is still in a nascent stage.

Secondly, as users take risks with GoPro’s cameras attached to themselves, the company could run the chance of being held liable for sometimes life-threatening injuries. Investigators are already looking into what role a built-in helmet camera may have played in the ski crash of Formula One driver Michael Schumacher.

While the company said it has insurance to cover such scenarios, “such insurance may not be sufficient or may not to apply to all situations,” the company wrote in its IPO prospectus. Legislators may also pass laws that limit the use of such cameras if injuries become problematic, GoPro said.

For now, this doesn’t worry investors, who are buying into GoPro and CEO Woodman’s vision.