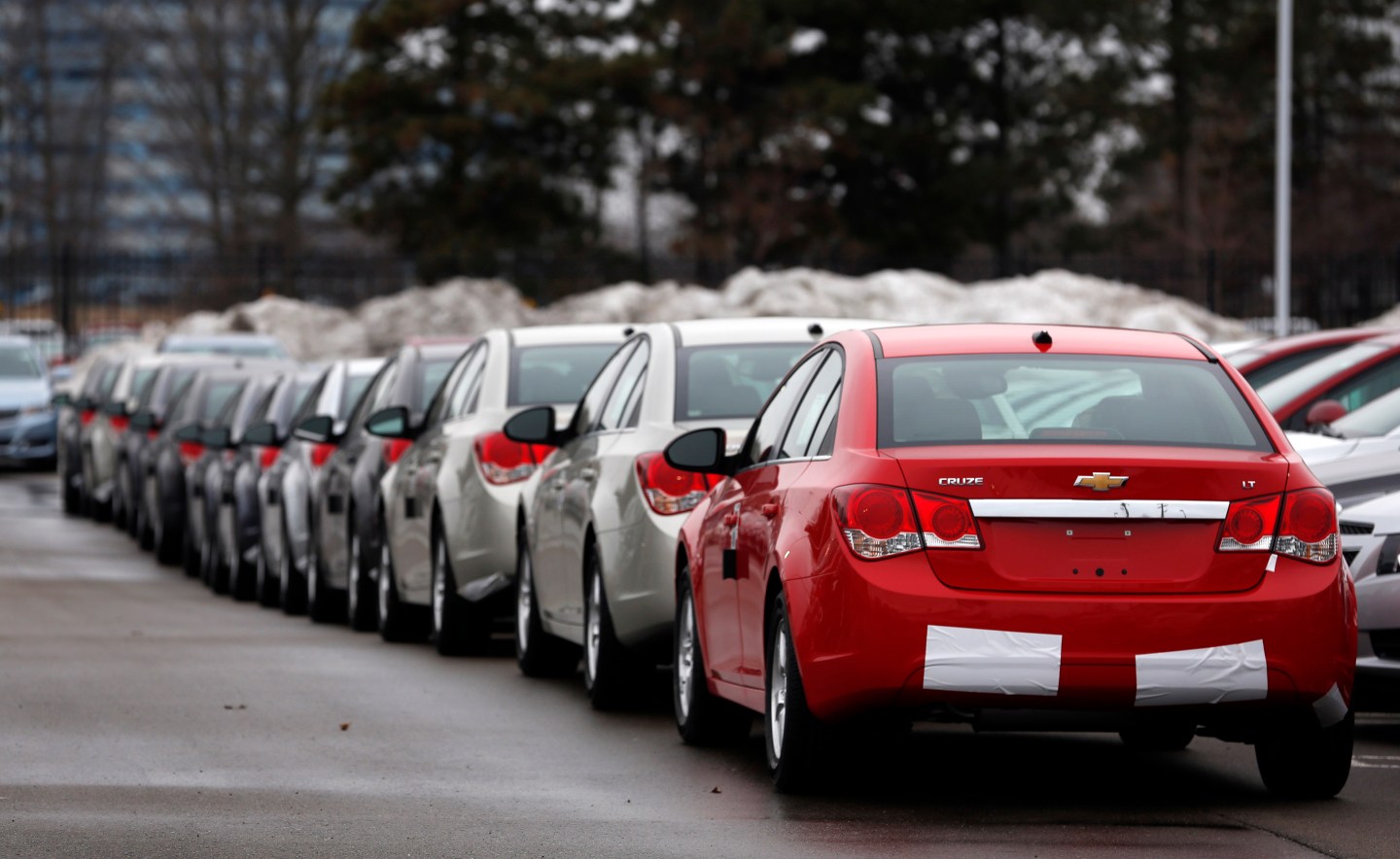 On the day CEO Mary Barra appeared on the Today Show, General Motors (GM) delivered disappointing news of yet another recall.

The Detroit automaker will be recalling around 33,000 Chevrolet Cruze vehicles because of potential problems with their airbags, which were manufactured by Japanese company Takata. The airbags have been problematic for other car companies as well, according to a Reuters report.

The recall hasn’t officially been filed, but a spokesman said that it is expected to happen soon. For now, dealerships have been told to stop selling the cars.

The affected cars are from model years 2013 and 2014. This is the second recall of Cruze sedans this year.

In her interview with NBC’s Matt Lauer Thursday, Barra said more recalls could be on the way.

“We’re going to continue to look at the data that we get and we’re going to take the action that we need,” Barra reportedly told Lauer. “That’s our commitment to customers. If we find an issue, we’re going to deal with it.”