Harley-Davidson trades leather and beards for green and clean 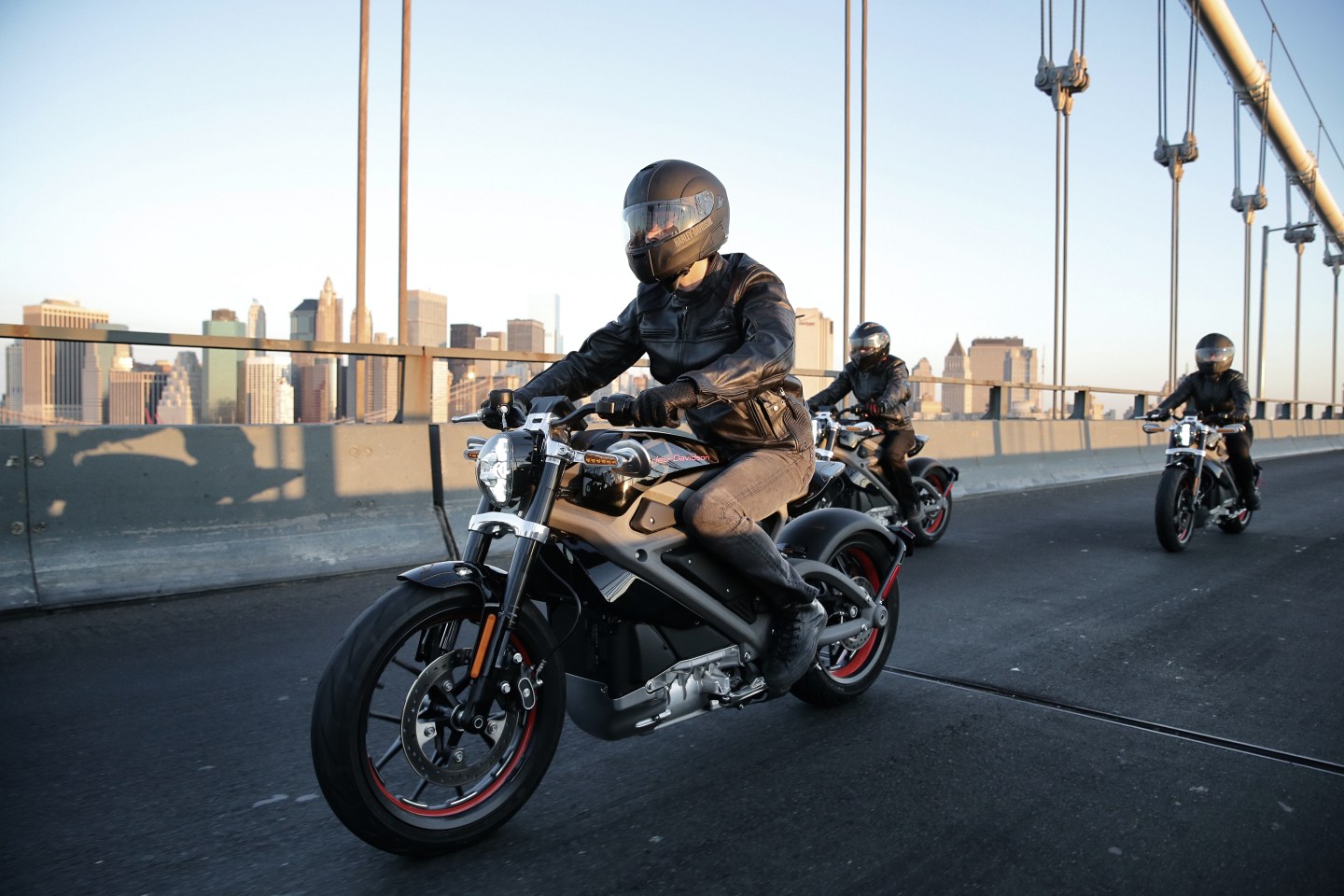 When you think Harley-Davidson, you probably think about leather, beards, and loud engines. Now, though, you can picture a fully electric bike with a digital display.

The new bikes look mostly like a traditional motorcycle, with a few notable exceptions. There is a digital display in between the handlebars where speed and efficiency are displayed. Also, there is no clutch on the left handlebar, since there are no gears. The bike can go from zero to 60 in about 4 seconds, and can reach up to 92 m.p.h. It does not have the traditional loud Harley rev-up sound, though there is a slight hum from the electric engine starting.

Harley President Matt Levatich said it would be a few years before the bikes were ready to be manufactured and put on sale. In the meantime, it is still tweaking the design and listening to its customers.

“We don’t have specific date,” he said. “We need time to incorporate that feedback.

It was a uniquely diverse crowd gathered at the Harley-Davidson (HOG) dealership in Lower Manhattan — a near equal mix of buttoned-up journalists lumbering onto the LiveWire simulator (think a motorcycle stuck in place that can be “revved up” without actually going anywhere) and Harley-Davidson Riders Club Members, many of whom sported well-worn patched vests and beards that would give Rasputin a run for his money.

One of those riders, Juan Marmol, said that the new bike ran great, though he was concerned about the relative short range of the bike on a single charge of its battery. The bike can only travel around 55 miles after a three hour charge.

“It was awesome,” he said. “The biggest downfall to it right now based on what their telling us is the charge time.”

For hardcore Harley riders who sometimes go up to 400 miles a day, the current battery just wouldn’t work, Marmol said. But he did think that the new bike could change Harley-Davidson’s image and maybe bring some new people into the hog-riding family.

“I believe this will change kind of the mindset that Harley’s are for old guys,” he said.

Levatich agreed, also noting that Harley would not be forgetting its core customers who want old-fashioned motorcycles. “We’re absolutely not abandoning any of that,” he said. “We’re going to continue to invest in great traditional Harley-Davidson motorcycles. LiveWire has nothing to do with that. It’s all of that, plus opening the doors to some people that are maybe on the outside of the sport, on the outside of the brand.”

Of course, Harley-Davidson isn’t the only motor cycle maker exploring electric bikes. In fact, Other companies such as Mission Motors have already put their models on sale.

Harley-Davidson’s roadshow will travel across the United States this year and next in addition to going to Canada and Europe. The LiveWire Experience Tour continues next week in Milwaukee, Wis.