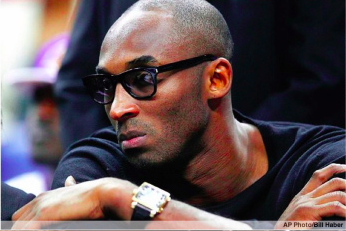 Steve Jobs liked to court celebrities, but he did it quietly. He might give Sean Lennon a Mac, Bob Dylan an iPod or Barack Obama an iPad, but you wouldn’t hear about it from Apple.

That may be about to change. According to Mark Gurman, a young reporter at 9to5Mac who has broken more stories about Apple’s “iWatch” than the rest of the pack combined, Apple is teaming up with a raft of sports celebrities to test — and perhaps market — what the Street and the tech press expect will be Apple’s next big thing.

Gurman mentions in particular L.A. Lakers shooting guard Kobe Bryant, L.A. Kings right wing Dustin Brown and a player from the Boston Red Sox to be named later. Bryant was a key spokesperson for Nike, which is winding down its FuelBand business, and he was spotted last month on Apple’s Cupertino campus, where he reportedly met with Apple design chief Jony Ive.

In a similar vein, Jimmy Iovine, the well-connected music producer who came to Apple, along with Dr. Dre, as part of the $3 billion acquisition of Beats Electronics, spoke at an industry conference in late May about having music stars “curate” playlists on a new Apple streaming music service. Iovine knows a lot about cashing in on celebrity, something he did regularly at Beats, using exclusive tracks from the likes of Robin Thicke, Britney Spears and Wil.i.am to promote his company’s brand.

Is Apple getting ready to play the celebrity game at a new un-Jobsian level?

To be sure, Jobs was still in charge when Apple launched Ping, a short-lived music sharing service that courted celbrities and promoted their presence. But even a Lady Gaga playlist couldn’t save Ping.

This sounds like something different — a game played for higher stakes, on TV and on billboards. The kind of game Iovine played in the music business and Angela Ahrendts played at Burberry.

We’ll find out soon enough if they can do it with class.