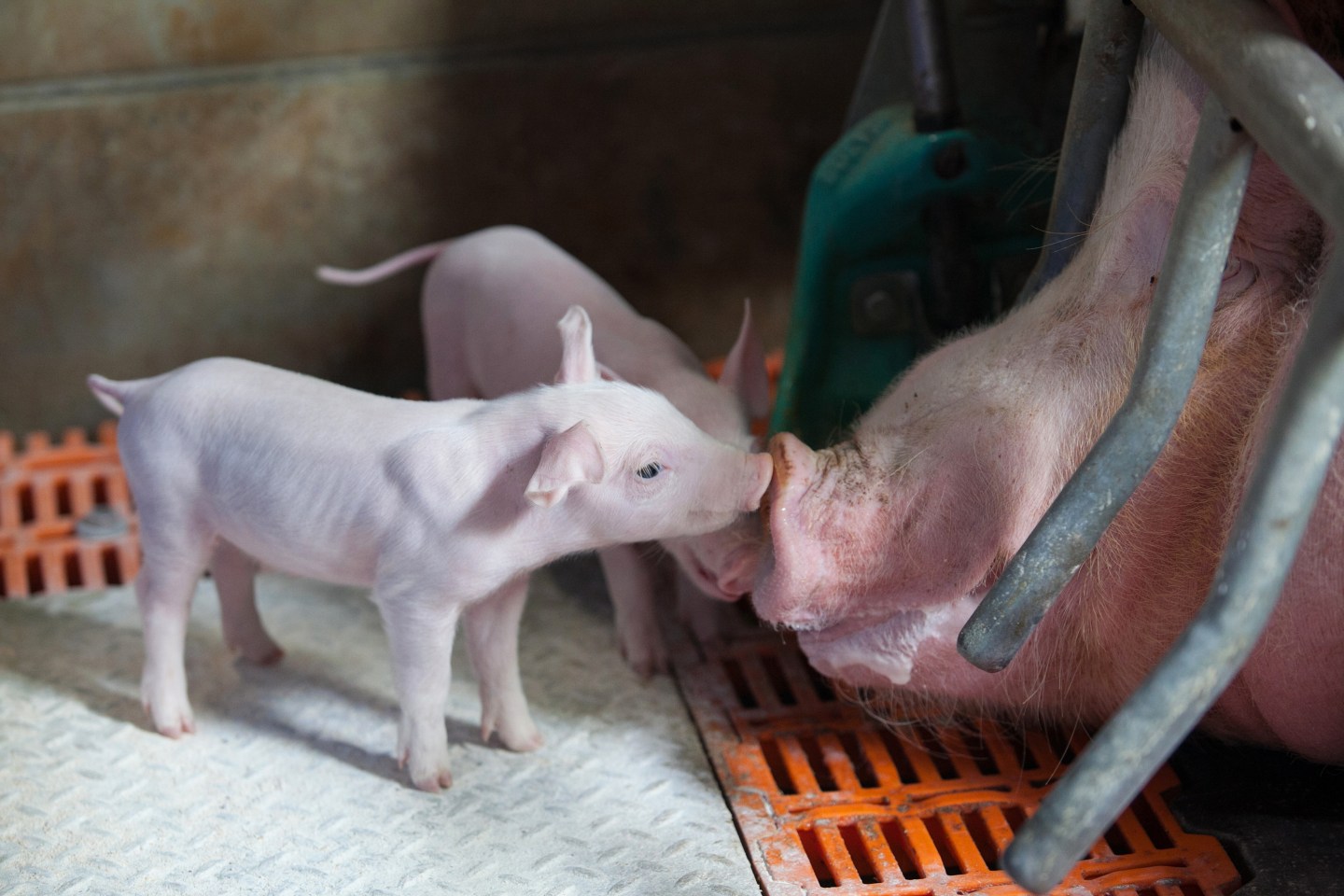 America has long been a proud nation of entrepreneurs. Our embrace of a free market unleashes the full potential of our brightest minds, and in recent years, that spirit has led to a remarkable trend of successful business models that incorporate another culturally entrenched value – a repugnance for animal cruelty.

When you look at how Americans feel about animals, it makes sense that companies are now more than ever considering their welfare as part of their overall business structure. This is especially true for the food industry that affects billions of farm animals every year. Technomic, a food industry consulting firm, found that safeguarding animal welfare outranks protecting the environment, buying fair trade, and buying local as issues consumers care about most. An American Farm Bureau-funded study found that 95% of Americans believe farm animals should be well cared for.

Integrating cultural values such as humane treatment of animals isn’t just appealing for companies working to maintain and attract new consumers, it’s a draw for talented workers. For example, Time Business & Money found that 65% of business graduates want to make a social difference through their jobs. And Deloitte found that 70% of young professionals say that corporate responsibility records impact their decisions on where to work.

Matthew Scully, former speechwriter to President George W. Bush, helped explain the roots of our inherent aversion for inhumane treatment of animals: “We are called to treat [animals] with kindness, not because they have rights or power or some claim to equality, but in a sense because they don’t; because they all stand unequal and powerless before us.”

When it comes to a sense of responsibility for the animals we affect, what more intimate relationship do we have than with those animals raised for our food? Yet standards in a typical agricultural facility consistently defy our cultural belief that animals deserve, at the very least, protection from the worst abuses.

In America’s egg industry, most hens are kept in cages so small they can’t spread their wings. Veal production often involves tightly confining calves for the duration of their short lives. Chickens raised for meat are genetically manipulated to “beef up” so quickly that frequently their legs break under their own weight and their hearts fail.

But it’s perhaps the pork industry that models the worst practices when it comes to meeting our society’s basic expectations of responsible animal stewardship. Over the past several decades, the industry’s leadership has encouraged farmers to resist husbandry in favor of a system that defies what any typical person would consider decent. And nothing exemplifies this more than the gestation crate – a cage typically used to confine breeding pigs in a space so small, the animals are virtually immobilized day in and day out for four years. These cages have come under fire from scientists, veterinarians and animal welfare advocates alike while most traditional farmers have avoided them for generations.

How did the pork industry reach the point where immobilizing millions of pigs for years on end was acceptable? The answer lies in a misguided attitude seeded decades ago, when pork leaders pushed farmers to turn a blind eye to obvious and rational expectations for responsible animal care.

This shift was summed up in a 1976 Hog Farm Management article that candidly encouraged pork producers to “Forget the pig is an animal. Treat him just like a machine in a factory.”

In 2012, nearly four decades later, the National Pork Producers Council illustrated how deeply entrenched this attitude has become when it’s director of communications said, “So our animals can’t turn around for the 2.5 years that they are in the stalls…I don’t know who asked the sow if she wanted to turn around.”

While experts such as renowned animal scientist and consultant for the major players in the meat industry, Temple Grandin, Ph.D., agree that pigs need enough room to move, consumers don’t need a doctoral in animal science to understand that immobilizing a pig for virtually her entire life is inhumane. And once they learn about this practice, they naturally are repulsed by it.

There is a silver lining. Many major U.S. food companies that live by our nation’s values of innovation and responsibility are telling pork suppliers to retire the gestation crate.

No longer limited to a few pioneering companies like Whole Foods, Chipotle and Bon Appétit Management Company, this rejection of gestation crates has surpassed a tipping point and now the most prominent food brands have embraced the same policy. McDonald’s, Burger King, Wendy’s, Oscar Mayer, Costco and more than 60 other top food companies have announced that they will only purchase pork that is made without using gestation crates.

While there is much work to be done, pork suppliers are starting to come around. Many top pork producers in the country, including Smithfield, Tyson, Hormel and Cargill have all taken steps to remove gestation crates from their operations.

However, while writing that spells out the end of gestation crates is on the wall, key leaders in the pork industry continue to attempt perfunctory excuses to defend gestation crates and repeatedly ignore opportunities to embrace expectations of consumers and business-to-business demands. Fortunately, responsible corporations have given good policies a place to take root, opening up room for those producers using better practices to be rewarded with a contract. The laggards in the pork industry will be left to feel the repercussions of a failed business strategy.

It shouldn’t surprise us that reflecting our society’s values makes good business sense. Let’s hope pork industry leaders will play their part sooner rather than later, not only for the sake of millions of animals, but for the sake allowing responsible decision making to fulfill its potential as an agent for businesses success.

Josh Balk is director of food policy at the Humane Society of the United States.