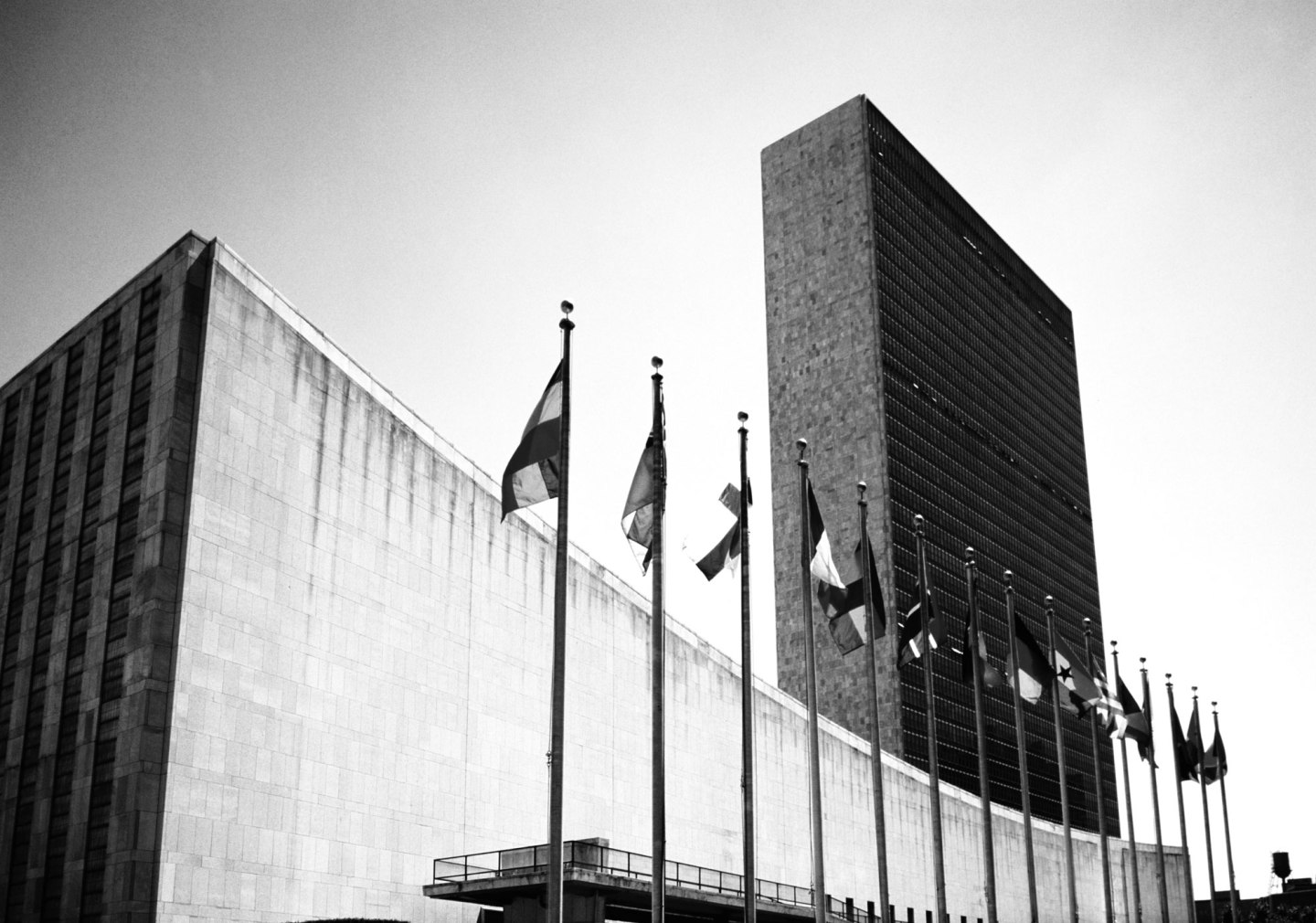 With her long gray-blonde hair and distinctly Californian profile, Rosa Koire acknowledges she’s not the typical opponent of environmental friendliness. “[I’ve] been a Democrat since I was registered to vote . . . I’m anti-war, I’m gay, I’m [a] feminist.”

But Koire is one of the leaders of an influential but relatively unheralded grassroots movement to block sustainability initiatives nationwide. Koire and her allies have played a role in everything from Arlington, Texas drastically cutting plans for new bike lanes to Baldwin County, Ala., rescinding its three-year-old development guidelines to a Houston woman pulling a gun on a utility worker.

These events and many others like them are connected by one resonant term: Agenda 21. Agenda 21 is a United Nations advisory document, adopted in 1992 by 178 signatory nations including the U.S., which provides guidelines for sustainable development. But opponents of the plan see it as something more sinister: In her book Behind the Green Mask: U.N. Agenda 21, Koire describes Agenda 21 as “the action plan to inventory and control all human beings and resources on the planet.” Koire’s book has become a common manifesto for the dozens of groups and untold thousands of individuals across America opposing the document, its goals, and what they see as its vast influence.

These activists have met with some high-profile success, such as inclusion of an anti-Agenda 21 plank in the 2012 Republican National Convention platform. But they’ve mostly made themselves known at municipal planning meetings,—opposing zoning changes, public transit expansions, smart metering, and mixed-use development, all of which they claim are all small parts of the same international plan.

Those who have faced these activists are often mystified by their detection of international influence on local planning, and intensely frustrated by their tone and tactics. Arthur C. Dyas, Chairman of the Baldwin County Planning and Zoning Commission, told the Southern Poverty Law Center that “our plan had nothing to do with Agenda 21. I called one of the county commissioner’s hands on it and he just about shouted me down.” In that case, the entire Planning and Zoning commission resigned in protest after their widely lauded plan was torpedoed under intense pressure.

According to Michael Schmitz, executive director of the U.S. chapter of the ICLEI – Local Governments for Sustainability, there has been a broad rise in these sorts of incidents, with “a very small but very vocal group of protesters who will essentially try to disrupt the process [of local planning meetings].”

“The substance of what is spoken about, and often enough yelled about, [is] conspiracy theory,” said Schmitz.

Koire’s opposition to Agenda 21 and sustainable development is grounded in decades of experience as a forensic property appraiser and in eminent domain cases for public works projects. She became aware of Agenda 21 while fighting a redevelopment project in her hometown of Santa Clara, Calif. “I was able to put together the players and what was influencing restrictions on land and energy use. It was related directly to Agenda 21 sustainable development.”

Koire is now working to file a similar suit against Plan Bay Area, a set of development guidelines including expanded public transportation and a denser urban core. The website raising funds for the suit declares that “PLAN BAY AREA is UN AGENDA 21. ICLEI WORKED ON CREATING THIS PLAN.” ICLEI, founded as the International Council on Local Environmental Initiatives, has become nearly synonymous with Agenda 21 among opponents.

Koire’s viewpoints are befuddling to Michael Schmitz. ICLEI’s goal, says Schmitz, is to “make sure the voice[s] of local governments . . . are represented in those places they don’t have a formal role.” Far from being part of a top-down globalist agenda, Schmitz says ICLEI is a bottom-up platform for local actors. “We’re trying to impact the outcomes of these global negotiations, [to] have policies that reflect the needs and concerns of local leaders.”

Local chambers of commerce and even local Republican parties, Schmitz says, see renewable energy and urban renewal “as a real net benefit to their local community, and to their businesses. There are hundreds of downtowns and urban districts that have been revitalized . . . For those things to be attacked in the name of protecting local interests makes no sense.”

According to Schmitz, opponents of Agenda 21 have had little opportunity to absorb other perspectives. “There has been very little discussion about the substance of these plans.”

Rosa Koire defends the tactics that have limited dialogue. “These public meetings are truly designed to stop people from having an opportunity for input. There are times when the only way to block a thing is to . . . really shut down a meeting.”

In looking at his opponents across this communication gap, Mark Schmitz sees connections to big money, despite their grassroots image. He cites recent attacks on smart grid technology from right-wing stalwarts including the Koch Brothers and the American Legislative Exchange Council.

Schmitz thinks there’s a larger strategy to encourage and exploit anti-Agenda 21 activists by big players whose interests don’t align with sustainable development. “I don’t know if there even is a formal tie. I think there are folks who understand [what happens] when you add fuel to a particular fire. They think it’s burning in their direction.”

In contrast to that nuanced picture of influence, Agenda 21’s opponents assert direct lines of connection among agencies and governments, with the United Nations at the center. This is what makes talking to Rosa Koire both beguiling and confounding. She’s cogent and detailed as she critiques the elite international influence that has promoted sustainable development through commissions, councils, and nonprofits. It’s a deeply American anxiety that goes back at least to George Washington’s farewell admonition against foreign entanglements.

But Koire and her allies frequently make dramatic leaps in describing how that influence works. For instance, this op-ed by Kevin Eggers, who sits on the board of Koire’s Post-Sustainability Institute, contains references to the “Agenda 21 bureaucracy” and “Agenda 21’s international requirements,” neither of which exist as such.

Koire dismisses the idea that anyone would want to live in walkable mixed-use urban developments, or that there is any truth to ICLEI’s claim to be helping local communities meet their goals. “It’s zero actual local truly grassroots input,” she says. “There is no community. There are people out there speaking as the community, who have funding.”

Anti-Agenda 21 activists also make little allowance that world leaders may be working to preserve humanity’s future. In her book, Koire describes “the panicky apocalyptic rhetoric of global warming” as little more than a bludgeon being used to silence opposition. In place of more sincere motives, Koire cites shady land deals and the money to be made on light rail trains.

But it’s in describing the broader goals of green technology and sustainability that opponents stray the farthest from any real evidence. Koire claims that the master plan behind Agenda 21 is “to restrict your choices, limit your funds, narrow your freedoms, and take away your voice.” She describes bicycle advocacy groups, “often dominated by testosterone-laden zealots,” as “the ‘shock troops’ for this plan.”

Smart meters, likewise, are just one part of a coming system of “worldwide inventory and control, monitoring and assessment.” She imagines a future where a Stasi-style community watch system will nail offenders for “failure to do mandatory volunteering,” and recommends a reading of Solzhenitsyn’s Gulag Archipelago as a way to understand the consequences of sustainable development.

Mark Potok, the editor of the SPLC report, looks at these fearful scenarios and concludes that Agenda 21 and sustainable development have become a repository for dread about everything from economic instability to demographic change to privacy. “The NSA, that’s not a fantasy, that’s real,” he says. “But there is a difference between criticizing the NSA for spying, and attributing completely groundless conspiracy theories to secret actors out there.”

The technological and planning shifts necessary to ensure human security, too, are real. And they are likely to require some sacrifices, not all of them made entirely willingly. On the other hand, many people have paid a price for the current economic and environmental status quo – and most of them weren’t even invited to the meeting.