Oracle’s Larry Ellison is due for a pay cut, say shareholders 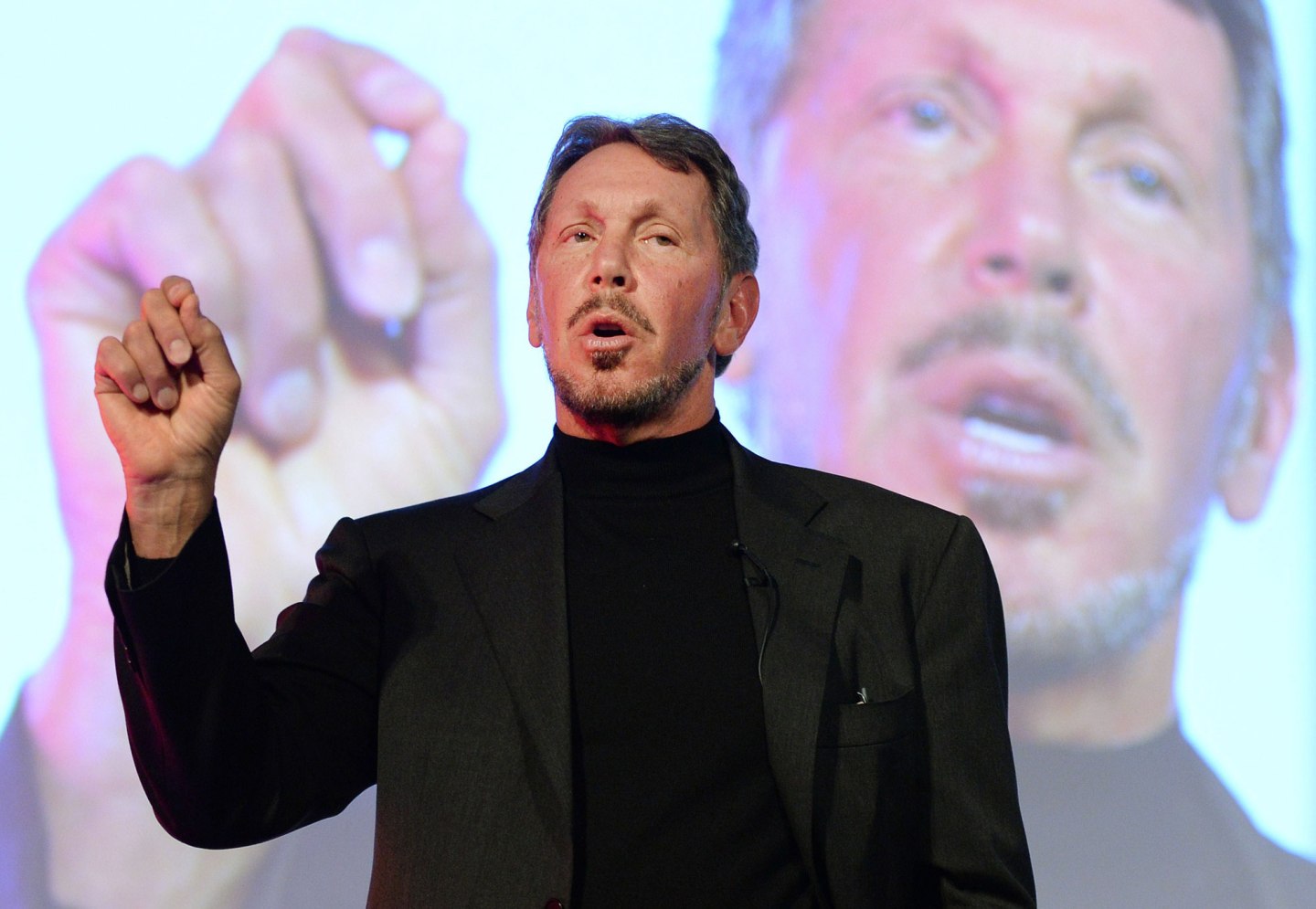 Oracle shareholders have had enough with Larry Ellison’s gargantuan paycheck.

Like other U.S. companies, the company must submit its top pay packages to an annual shareholder vote. Over the last three years, the best Oracle (ORCL) could muster was two-thirds support, and, in the last two years, a three-fifths majority opposed the plans. This should not come as a surprise. Oracle shareholders have been putting forward resolutions objecting to executive pay for years. And this year looks to be no different.

Oracle has only managed to gain the little support it has for its pay packages because CEO Larry Ellison owns some 25% of outstanding shares in the company. He’s not going to vote against his own pay, but if you take those shares out of the mix, hardly any shareholders approve of the executive salaries at the company.

Last year, Ellison made almost $153 million, making him one of the highest paid executives in the U.S. Some 98% of this compensation came from profits on exercising stock options; he only gets $1 in salary. In each of the last seven years, Oracle’s board has awarded Ellison 7 million stock options. It’s not hard to make a vast amount of profit when the odds are that great.

Despite the lack of support for its pay policies, last year Oracle’s compensation committee determined “that significant changes to our executive compensation program were not warranted,” and it awarded Ellison another 7 million options. The company has not announced any plans to change to its pay practices. A spokesman for Oracle declined to comment.

Companies often determine how much they pay their CEOs based on how much similar companies pay their chief execs. But none of the CEOs at companies that Oracle itself has identified as peers are paid anywhere near as much as Ellison. A recent Equilar pay survey for the New York Times pegs Ellison at No. 3 out of the top 200 highest paid CEOs in the U.S., with $78.4 million in compensation in 2013. That’s just counting the value of the seven million options he received in 2013 rather than the profits made on exercising older options. The closest peer is Cisco’s John Chambers, who made $21 million in 2013, then Paul Jacobs at Qualcomm with $20.4 million.

The only other peers in the list are HP’s (HPQ) Margaret Whitman at $17.6 million, IBM’s (IBM) Virginia Rometty at $14 million and John Donahoe at eBay with $13.8 million. None of Oracle’s other peers made the top 200.

So, what is Oracle thinking? It’s far from the largest company in its peer group. IBM’s revenues for 2013, for example, were almost $100 billion, compared to $37 billion at Oracle.

Shareholder votes on executive compensation – commonly known as Say on Pay – are not binding. The board – despite being there to represent shareholders – does not have to act on shareholders’ opinions. But Oracle’s intransigence is extremely unusual.

At Target, by contrast — which won its Say on Pay vote last year, albeit with a margin of only a couple of percentage points — the board made substantial changes to executive pay that resulted in a dramatic fall in compensation for the CEO. At McKesson and Freeport McMoRan, major defeats in 2013 also led to changes to its executive compensation.

Typically, companies lose Say on Pay votes when performance is lackluster and the CEOs are paid handsomely, like at Freeport McMoRan. That’s hardly the case at Oracle, whose stock price rise over the past five years has been pretty consistent, and the company has recently begun to pay dividends. On the other hand, net income at Oracle has been basically flat over the last five quarters. Still, great returns to shareholders might be advanced as a reason for inaction at Oracle. What are shareholders complaining about? They benefited from the rise in stock price that allowed Ellison to make $150 million in profit on his stock options.

Shareholders have rejected executive compensation plans at companies that have had great performance. At McKesson, where returns to shareholders have also been excellent, pay reform went ahead. And Domino’s Pizza and Chipotle Mexican Grill both catastrophically lost Say on Pay votes last month despite exemplary performance. It’s too early to know what changes will be made at these companies, but past experience suggests that the vote will not be ignored.

The new shareholder proposals at Oracle will be voted on at the company’s October annual meeting, where, unless major changes are announced, the results for the Say on Pay vote would seem to be a foregone conclusion. The AFL-CIO and New York City Employee Retirement System both filed resolutions calling for pay changes because, “recent [pay] plans submitted by the Company for shareholder approval have only cited general [performance] criteria so vague or multitudinous as to be meaningless.” The Nathan Cummings Foundation has filed what is known as a “proxy access” resolution, which would allow shareholders to formally nominate directors … and potentially get them on the compensation committee so they could implement shareholder demands.

So what is it about Oracle that makes it ignore the wishes of a vast majority of its owners? Ellison founded the firm, so perhaps it’s a case of “it’s my party and I’ll pay if I want to.” Except that many founder firms pay their founders very modestly. Neither Bill Gates nor Steve Ballmer ever received a stock award from Microsoft, taking only a small salary and bonus each year. Their vast holdings in the firm made equity awards pointless. How much more aligned with shareholders could they get? The same could be said about Ellison, except that his board does not say it.

Perhaps it is the board that is at fault, then. It certainly seems reluctant to stand up to Ellison, despite the presence of an independent chairman, Jeffrey Henley. The problem with the independent chairman, of course, is that he is not independent at all. Henley was CFO at Oracle for 13 years and, according to the company’s proxy filing, still “meets regularly with significant Oracle customers and is instrumental in closing major commercial transactions worldwide.” That’s not an independent director by any sensible definition of the word; that’s an executive. Including Ellison, there are three other executives on the 11-person board. In addition, six directors have been on the board for more than 10 years, a tenure that makes independence very unlikely.

This is one of the clubbiest boards in the Fortune 500. But how long can it continue to ignore shareholder demands?

Unlike the other resolutions, the “proxy access” resolution is binding. Similar resolutions recently passed at Nabors Industries and Chesapeake Energy, leading to wholesale director replacements. If it passes at Oracle, these tenured directors may be given the boot. And then Ellison could very well see a sizable pay cut.