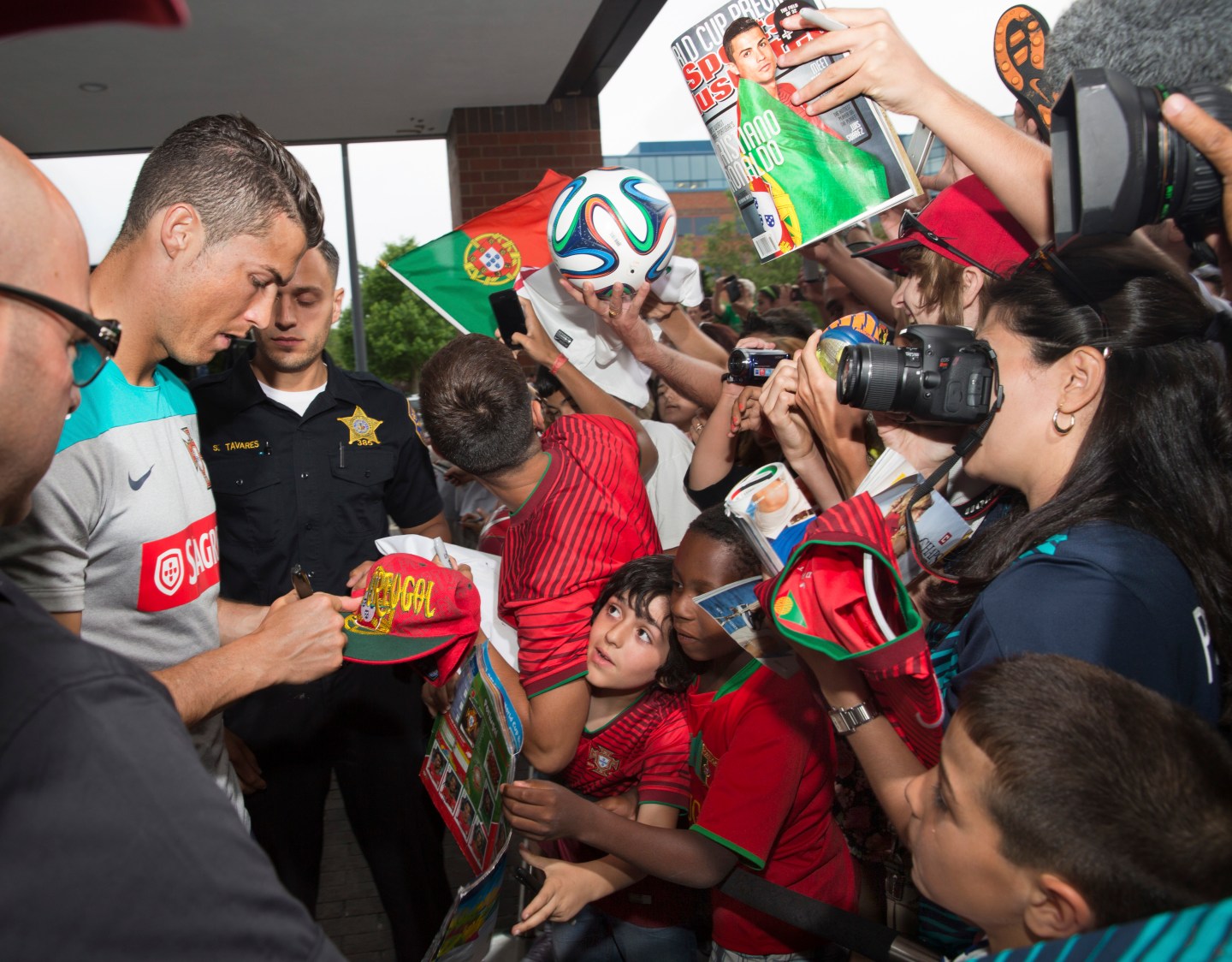 When the World Cup begins in Brazil on June 12, 15 of the 32 teams in the competition will have flown in from the U.S., where they spent weeks playing each other in pretournament matches. The games, known as “friendlies,” may seem meaningless–there’s no trophy at stake, and the players, while competing with one another for starting spots, are also doing their utmost not to suffer a sidelining injury. Still, the U.S. was the only place on the globe where you could see almost half the World Cup field at near-peak performance.

The reason has more than a little to do with adjusting the players’ internal body clocks: The hour hand in the eastern U.S., where more than 20 friendlies have been played since May, is just one notch off from that in most of the 12 Brazilian cities hosting World Cup matches. And, notably, only Brazil has won the World Cup far from its own time zone (Sweden in 1958 and Japan/South Korea in 2002). Otherwise, going back to the first World Cup in 1930, European teams have won only when playing in a host country in either Europe or Africa, and South American teams have won only in the Americas.

But there’s another, more compelling reason so many foreign clubs, from England and Spain to Ghana and Mexico, are bothering with the friendlies before their highest-stakes matches. In a word, marketing. “The best way to export your brand is through touring,” says Charlie Stillitano, CEO of Relevent Sports, a company that stages and promotes a number of these pre-Cup games. “In many instances, these are big brands but small companies in a traditional business sense. Teams don’t have the luxury of massive advertising spends.”

The model was pioneered by club teams, which are increasingly doing their preseason preparation in places like North America and Asia as well. In some ways it’s a classic globalization story.

Fans celebrate during the U.S.’s 2–1 win against Nigeria in a pre–World Cup friendly at EverBank Field in Jacksonville. Photograph by Josh Edelson—AFP/Getty Images

No longer can a well-known club team like Manchester United outearn its crosstown rival, Manchester City, simply by selling more tickets to its games. For both of these prestigious U.K. clubs, their direct competitors are not simply the other English teams they regularly compete with on the field, but also global powers such as Bayern Munich and FC Barcelona. Searching for new sources of revenue, these mega-clubs are attempting to expand their fan bases in markets like the U.S., where loyalties have yet to be cemented. The English Premier League, where Man U. and Man City trade championships, is now broadcast to 643 million homes in 212 territories, according to The Economist. There is a hunger for European soccer worldwide.

Those mass audiences are turning into ever bigger bucks. In 2012, NBC bought three years’ worth of U.S. rights to broadcast Premier League games for $250 million, more than three times the price paid in the previous three-year deal. The U.S. is Adidas’s most lucrative market for soccer, comprising 15% of the company’s soccer revenue (and this is without the country’s biggest property, the U.S. national team, which is sponsored by Nike).

“National teams now replicate what club teams have become accustomed to doing,” says Stillitano. “The real reason to tour when not in preparation for a tournament is to generate income, fulfill sponsor and TV obligations, and, most important, to touch and feel their immigrant fan base. It’s not an accident that Portugal wanted to play in markets where there are strong Portuguese communities.”

Whether the games involve national teams or clubs, fans flock to NFL stadiums each summer to see top-caliber players. Cristiano Ronaldo sold tickets for Portugal before the World Cup, and he’ll sell them again after the tournament ends–when his club team, Real Madrid, tours the country in late July. Pre–World Cup, he sold Portugal jerseys and a new line of soccer shoes for Nike (NKE). Post-tournament (there are 33 friendlies after the Cup final), he’ll be selling Real Madrid’s Adidas-made shirts. And with every ticket sold, every twenty handed over for parking, every ka-ching of the cash register as merchandise leaves stores in the hands of soccer fans new and old, the bond grows stronger.

George Quraishi is the founding editor of Howler, a magazine about soccer.