5 ways to fight subtle sexism at the office 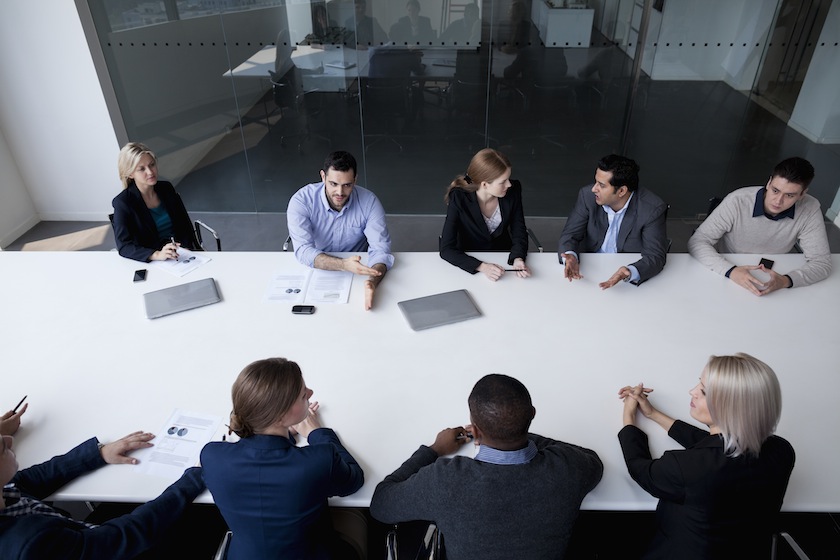 Dear Annie: A friend just sent me your recent column on banning the word “bossy” as applied to girls and women. This interests me for a couple of reasons. One is that I manage a product development team in a heavily male-dominated business (software), and I’ve seen how hard it is for the few women here to get their ideas taken seriously by the rest of the team.

I’d like to change that, partly for business reasons (we need to get the most out of all the talent we can get), but also because I’m a guy with four daughters, all under age 12. They’re very bright, and I’d like to see them make full use of their brains and talents when they grow up. The company requires managers to go through formal training in stamping out the obvious stuff like sexual harassment, but hasn’t said much about how to fix subtler, more everyday sexism. Any ideas?  — Palo Alto Papa

Dear P.A.P.: “I often hear from male executives who are thinking about the same question,” says Rachel Thomas, co-founder and president of the Lean In Foundation, which teamed up with the Girl Scouts for a “Ban Bossy” campaign. “Mainly it’s because they want to be better leaders, and plenty of research shows that more diverse teams perform better. But many of them also have smart young daughters, so they’re looking toward the future.”

Moreover, some of the men who talk to Thomas about this admit to harboring a stubborn remnant of gender bias themselves—and that’s actually a good thing. “We all fall into this trap, at some time or to some degree, because it’s rooted so deep in the culture that it’s unavoidable, even for women themselves,” Thomas says. “The important thing is recognizing it.” She points to research that shows, in situations where automatic sexism tends to kick in, “just telling yourself, ‘be fair,’ cuts biased behavior by half. Awareness leads to fairness.”

Fine, but how do you encourage your team to give female peers a fair shot? “There are small, practical steps you can take,” Thomas says. Here are a few of them:

Ask for clarity. When you hear a female team member described as “too ambitious” or “aggressive”—or when teammates reject her ideas without hearing her out—“push the person for a specific example of why she is seen as ‘aggressive,’ or why her idea isn’t worth listening to,” Thomas says. “Then ask, ‘Would you have responded the same way if she were a guy?’ Usually, the honest answer will be ‘no.’” That gives you a chance to calmly point out why sexism, however automatic or unintended, is a lousy business practice.

Get everyone to speak up. Thomas notes that, if you watch men and women of equal rank in a meeting, the men often take the front-and-center “power seats,” while the women may gravitate toward the end of the table or the corner of the room. “Men also tend to talk more and make more suggestions in meetings, and they get interrupted less,” she says. So make sure women get some of the good seats, and give them a chance to be heard. “Make it clear that every voice counts. Set a ‘no interruptions’ rule if you have to,” Thomas suggests. “If someone gets cut off, interject and say you’d like to hear the rest of what she’s saying.”

Make sure performance criteria are the same for everyone. Studies show that women are often held to higher standards and evaluated more harshly than their male peers, Thomas notes. “The difference is especially marked when review criteria are vague, so that we as managers rely more on ‘gut feelings’ and personalities,” she says. “So work with your whole team to set expectations up front. Be specific about what great performance looks like, and set goals that are measurable.” Thomas also recommends asking team members to explain their evaluations. “Ask the same of yourself,” she suggests. “When people are held accountable for their judgments, they’re more motivated to think them through carefully.”

Recognize women’s contributions. Many women have a tendency to play down their own achievements, or attribute their success to external factors (luck, for instance, rather than skill). If any of your team members does that, call her on it. ��Women often get less credit than their male peers for team accomplishments,” Thomas notes. “So make sure women get the credit they’ve earned, and look for opportunities to celebrate their success.” With particularly self-effacing female team members, she adds, you can ask questions like, “What are you most proud of in the last month?” Thomas recommends keeping “a running record of their answers, and encouraging them to do the same.”

Give everyone “permission” to negotiate. One reason men often earn more than women in the same jobs is that “women are concerned they’ll be viewed negatively if they push to be rewarded for their work,” Thomas says. “And they’re right to worry. We expect women to be communal and collaborative, so if they advocate for their own interests, they’re often viewed negatively.”

That dissonance may be at least partly to blame, incidentally, for why there aren’t more female CEOs: Thomas cites one study showing that employees who don’t hesitate to haggle get promoted, on average, 17 months faster than their non-negotiating colleagues. Other research in this area shows, however, that women are just as likely to negotiate as men are, and are equally good at it, if they’re explicitly told that it’s okay, or even that it’s expected. So be sure everyone on your team gets that message.

The time to start leveling the playing field for your daughters is now, Thomas says, and “one person really can make a difference.”

Talkback: Have you noticed subtle signs of sexism where you work? If so, what have you done about it? Leave a comment below.

Email your career questions to Anne Fisher at askannie@fortune.com.