More vendors may carve out space in Best Buy’s stores 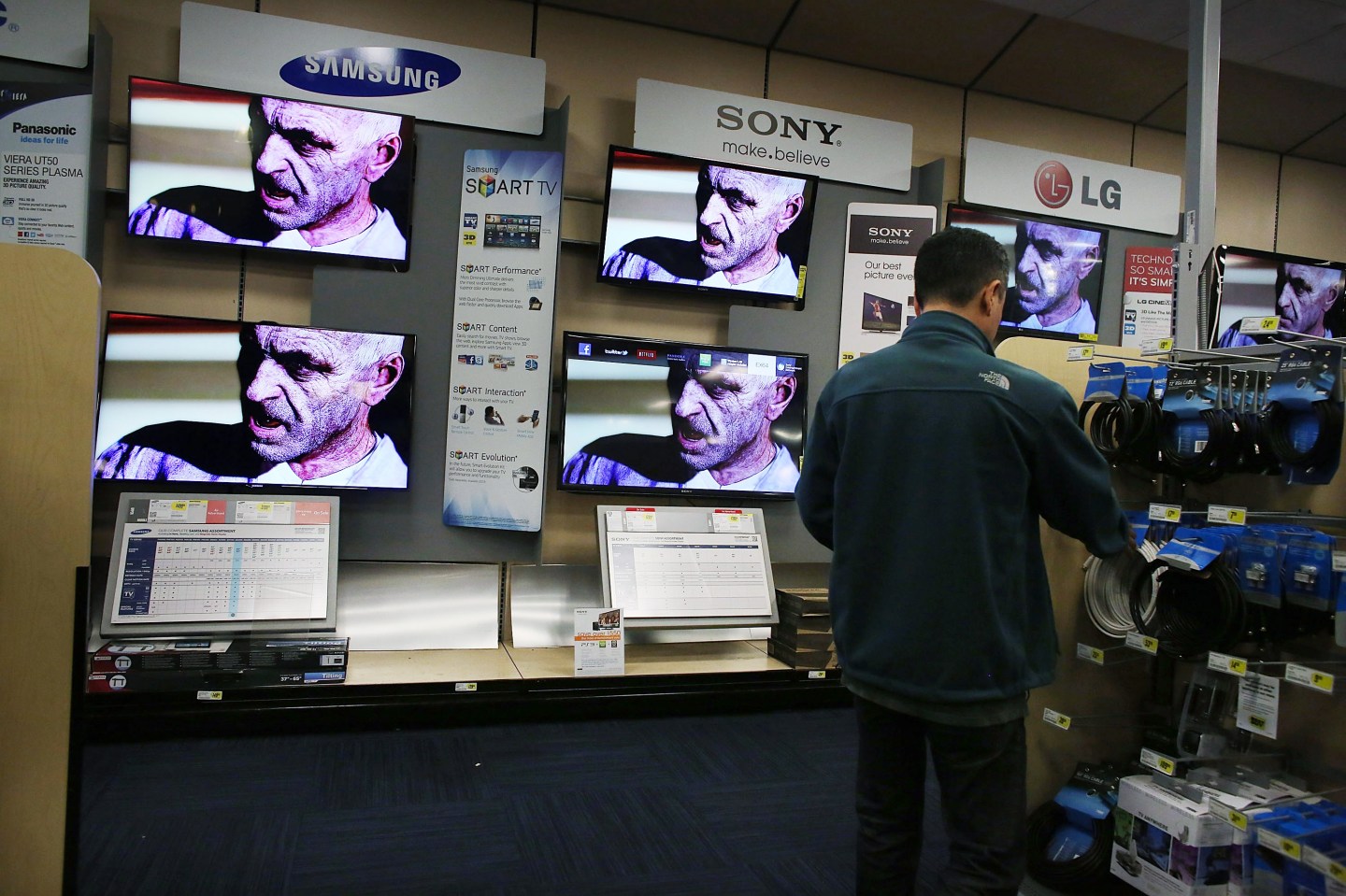 NEW YORK, NY - AUGUST 21: A man shops inside of a Best Buy store on August 21, 2012 in New York City. Following fresh reports of weak sales results, the electronics retailer's stock opened down about 10 percent on Tuesday. Best Buy announced on Monday that it has named Hubert Joly to be its new chief executive. (Photo by Spencer Platt/Getty Images)
Photograph by Spencer Platt — Getty Images

Best Buy (BBY) said Tuesday it is “highly probable” the electronics chain will grant additional floor space to manufacturers to create more “stores-within-a-store” formats, coming on the heels of successful recent partnerships with Samsung Electronics and others.

The retailer’s strong indication it will open more of those stores comes after it recently rolled out 1,400 Samsung Experience shops and 600 Windows stores-within-a-store, a launch the company has called successful. Best Buy said even though those investments are costly for manufacturers, more vendors are asking about potential partnerships.

“The customer reaction has been very positive,” Chief Executive and President Hubert Joly told shareholders during the company’s annual meeting.

The Samsung and Windows shops are manufacturer-specific space in Best Buy’s stores that sell smartphones, tablets, desktops and various electronics accessories. The partnership appears to have won over Samsung, which is also expected to roll out 500 store-within-a-store concepts for its televisions. Sony Corp. has also signed a vendor partnership for its TVs–both making the first significant merchandising change in Best Buy’s home theater department in almost a decade.

The new concepts are a bright spot at Best Buy, but haven’t yet led to a significant improvement in overall sales. Best Buy’s same-store sales in the U.S. have dropped in six of the past eight quarters, and executives have said they expect overall same-store sales will fall in the second and third quarters of this year. The retailer has faced a tough challenge from online competitors, which can provide customers greater clarity about where to get the best deals for the latest gadgets. Best Buy has sought to compete by improving the competitiveness of its prices.

And which vendor could be next to sign a partnership with Best Buy? The retailer didn’t name any names, but it now has deals with a majority of its top five suppliers. Apple, Samsung and Sony all have in-store shops at Best Buy. Along with Hewlett-Packard (HPQ) and LG Electronics, those manufacturers represent about 45% of total merchandise purchased at Best Buy’s stores.