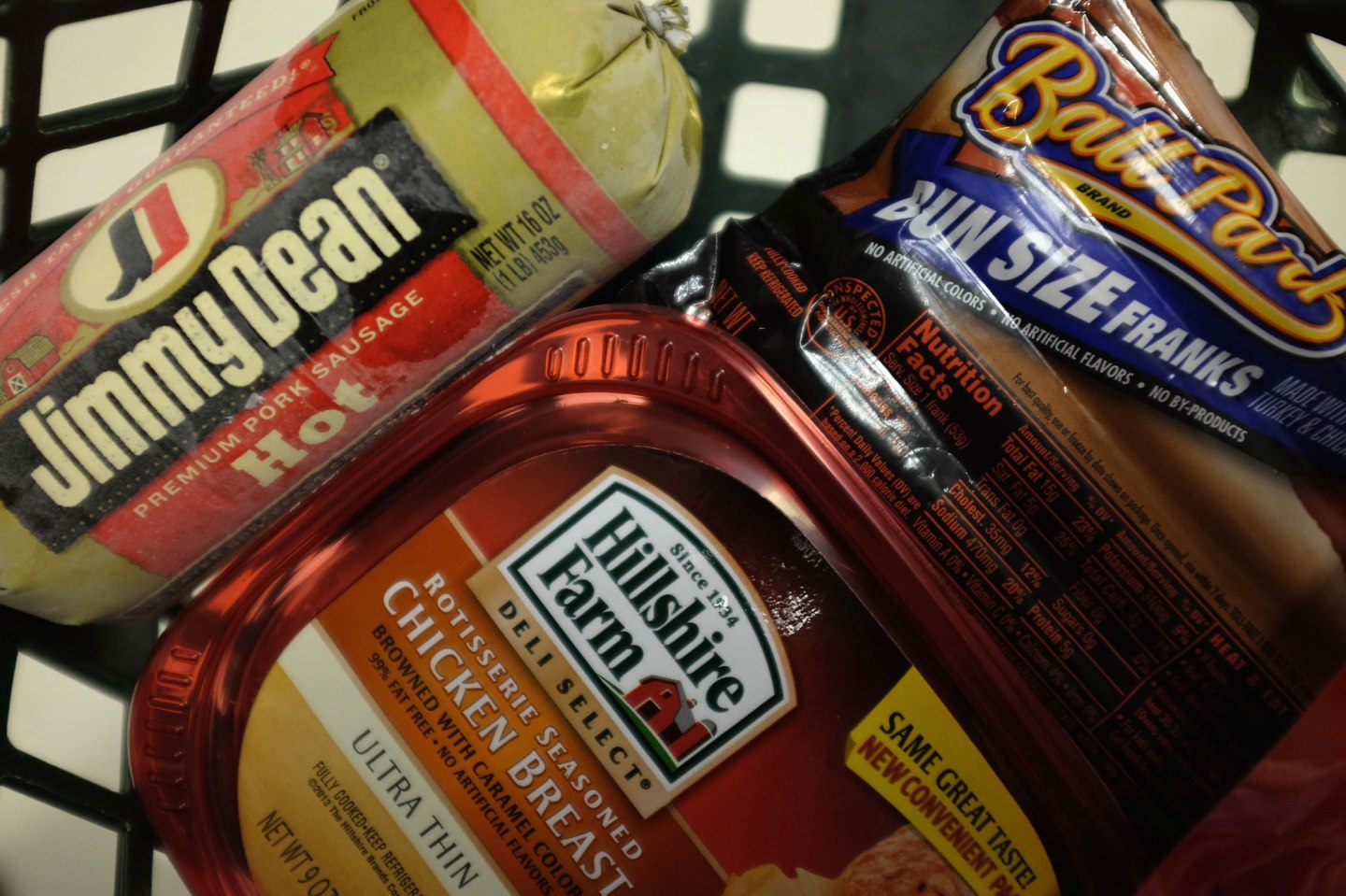 Tyson Foods Inc (TSN) has beaten Pilgrim’s Pride Inc (PPC) in the battle for control of sausage-maker Hillshire Brands Co (HSH) after raising its bid to $63 a share.

Tyson has submitted a binding offer to buy Hillshire for $8.6 billion, including debt. The offer brings to an end a two-week bidding war with rival food producer Pilgrim’s Pride, which announced Monday it has withdrawn its offer to acquire Hillshire.

Tyson’s increased offer of $63 per share represents a premium of almost 7 percent over Hillshire’s Friday closing price of $58.67.

The deal would value Hillshire, the maker of Jimmy Dean sausages and Ball Park Franks, at $7.7 billion, including $550 million of debt, according to Bloomberg, 26% above its original offer of $50 a share, and 70% above Hillshire’s market valuation before Pilgrim’s made an unsolicited offer for it at the end of May.

Reports said the deal came to a head at the weekend after Hillshire held discussions with both buyers.

The deal would be the biggest acquisition in Tyson’s history, an aggressive bet on established U.S. brand names with higher margins and more stable prices than the more commoditized meat business that has been Tyson’s main strength in the past. The Wall Street Journal reported that Tyson would pay the full amount in cash, but would have to borrow or raise new equity to finance the deal.

When it made its initial offer, Tyson had said it had secured a fully committed bridge facility from Morgan Stanley (fortune-stock symbol=”MS”] and expected JP Morgan (JPM) to join the deal too.

The deal is also a rare setback for Pilgrim’s Brazilian parent, JBS SA, which has become the world’s largest meatpacking company with a series of big acquisitions in recent years.