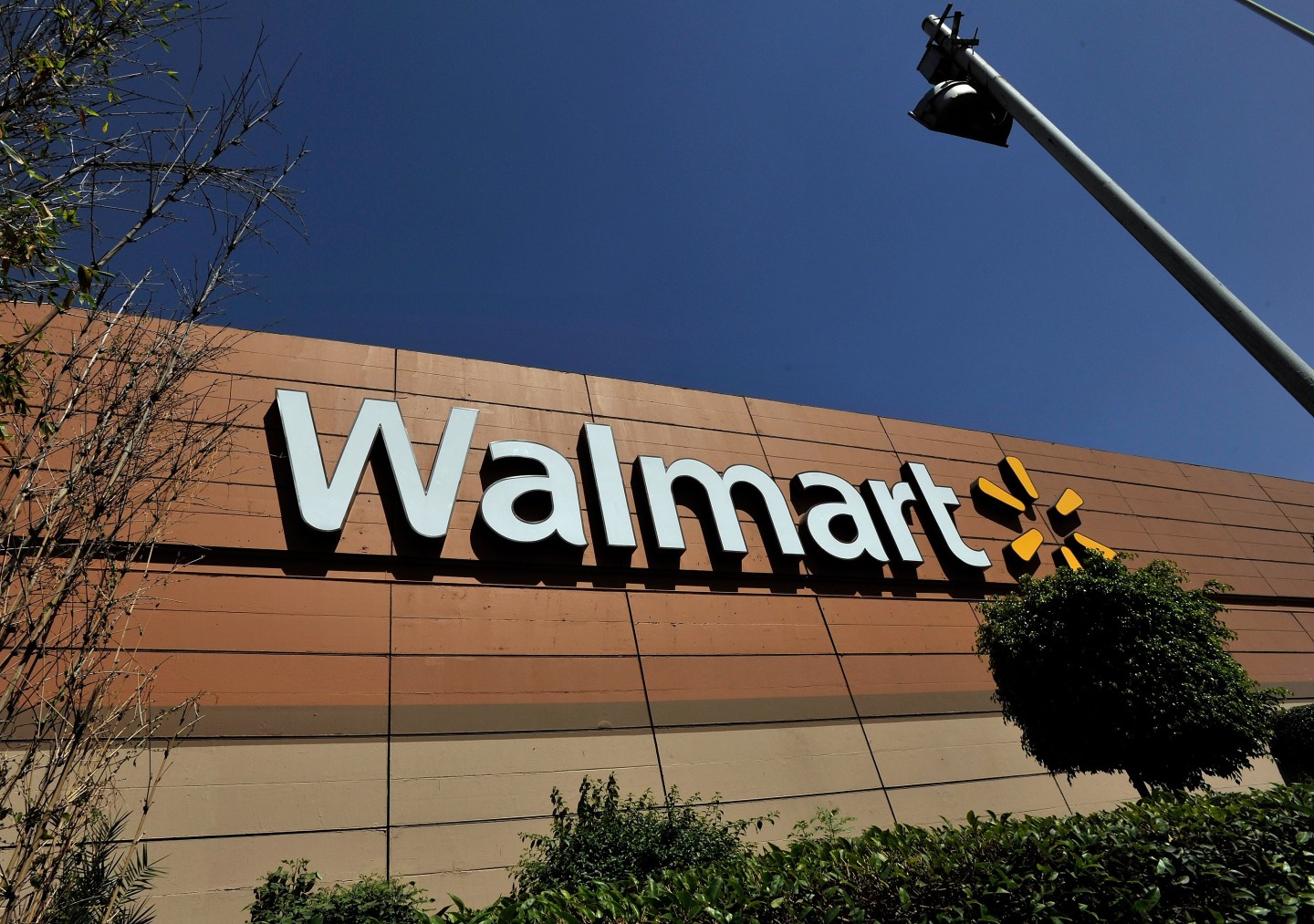 MEXICO CITY, MEXICO - APRIL 23: Wal-Mart store signage is seen from the store lot on April 23, 2012 in Mexico City, Mexico. According to reports, Wal-Mart de Mexico orchestrated a campaign of bribery to win market dominance by paying bribes to obtain permits in parts of the country. Wal-Mart Inc, along with two U.S. congressmen is conducting internal investigations over the allegations. (Photo by Daniel Aguilar/Getty Images)
Photograph by Daniel Aguilar—Getty Images

The theme of the 2014 Wal-Mart Stores’ (WMT) annual meeting on Friday was “Happy,” as embodied by the event’s kick off from Pharrell, who sang his monster earworm of a hit by that name.

Yet many Wal-Mart shareholders are in fact “unhappy,” with the discount chain’s water-treading shares. They’re also none-too-pleased with how the world’s largest retailer has kept them apprised of the potential land mines that could be uncovered by a bribery probe into Wal-Mart’s efforts last decade to quickly expand in key international markets. The investigation has cost Wal-Mart $500 million and counting.

But with the founding Walton family controlling about half of all Wal-Mart shares, it’s nearly impossible for investors to force change the Waltons don’t want, even in the event of opposition from a major institutional investor such as Calstrs (California State Teachers’ Retirement System) which voted against all but one of Wal-Mart nominees.

All 14 directors on Wal-Mart’s slate were elected by a wide margin.  That includes Chairman Rob Walton, son of the founder, and Mike Duke, the CEO at that time of the alleged bribery and when the probe began, despite ISS’ recommendation to shareholders to remove those two from the board. Duke nonetheless got back in easily with 86.8% support, while Walton got 88.9%.

A shareholder proposal to make the chairman independent, i.e. not a Walton, another one to force the retailer to detail its direct and indirect lobbying efforts, and a third regarding pay clawbacks were all soundly defeated.

The only big question heading into the annual Wal-Mart-palooza at a 14,000-seat arena in Fayetteville, Arkansas was, “Which big-name entertainers would show up for the discount retailer’s mega-pep-rally?” given the past participation of massive stars like Céline Dion and Justin Timberlake.

This story was updated to include director election results.