Portraits of the 500: The busiest Costco in the world 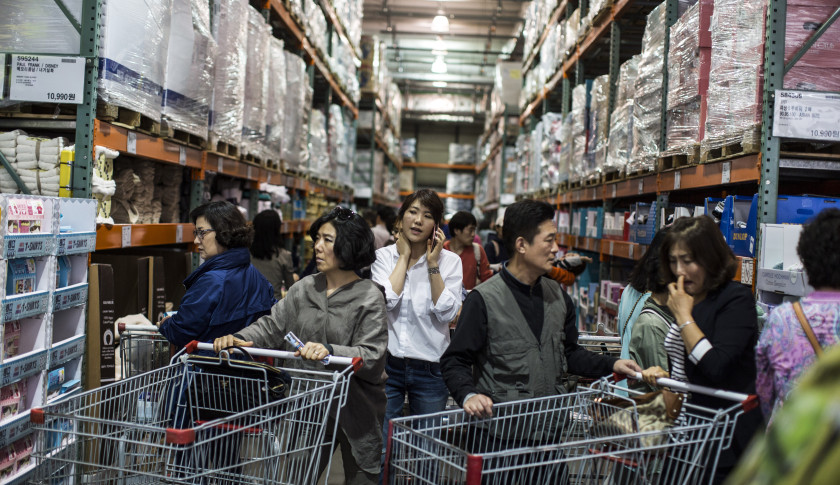 Founded in 1983, Costco (No. 19) has appeared on the Fortune 500 for 20 consecutive years. It helped make bulk-purchase warehouses chic. (You never know what kind of a bargain or treat you might find on one of their pallets.) Today a growing portion of the revenues–some 28% of its $105 billion in 2013 sales–of the Issaquah, Wash., company comes from abroad. Costco (COST) opened its first members-only warehouse outside the U.S. in Canada in 1985 and now boasts nearly 190 international locations. Pictured here is a Costco in Seoul, one of 10 in South Korea. The 147,000-square-foot facility is similar in size to its sibling outlets in the U.S. but, according to the company, boasts the highest sales of any Costco worldwide.